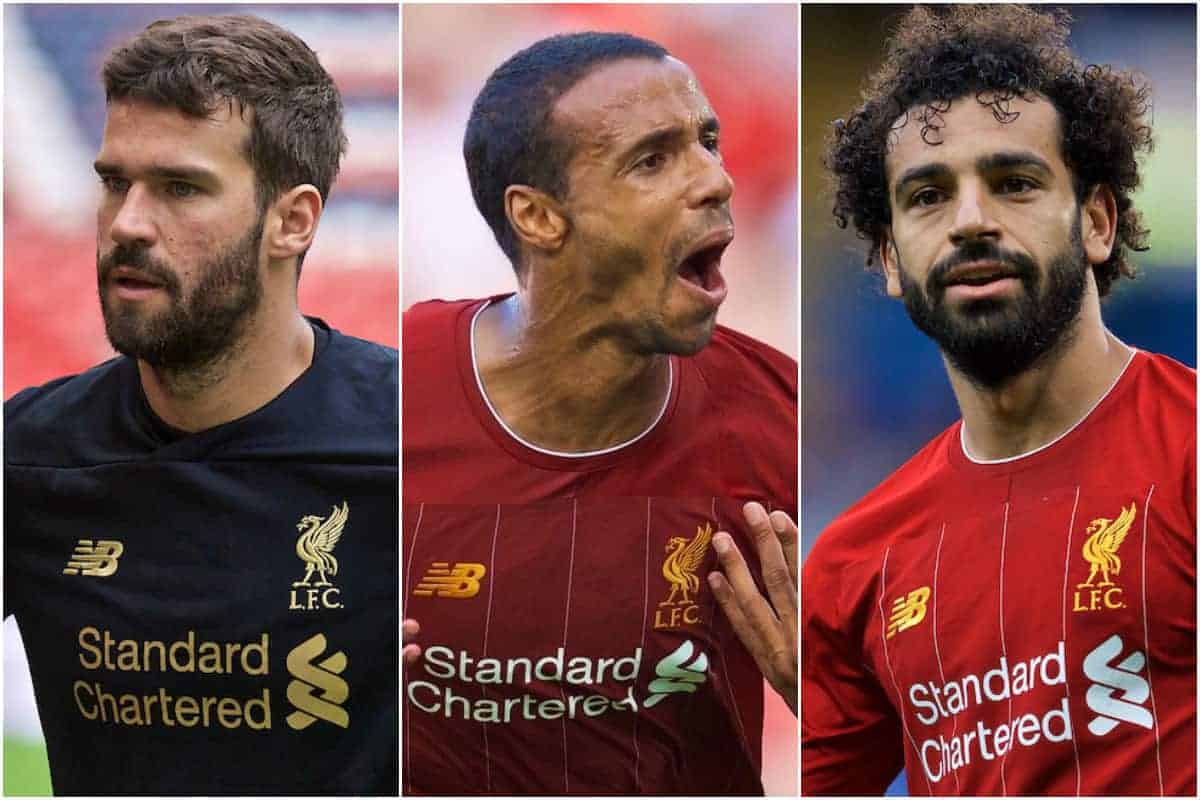 Jurgen Klopp has welcomed the news that Liverpool suffered no further injuries during the international break, with the manager set to recall three players.

The Reds’ internationals reported back to Melwood on Thursday after the second interval of the season, with Alisson and Joel Matip having already returned earlier in the week.

Mohamed Salah has also undergone an individual training programme following the ankle injury he suffered in the 2-1 win over Leicester last time out, with the Egyptian pictured with head of fitness Andreas Kornmayer on Tuesday.

It is likely all three will start as Liverpool take Man United on Sunday, with Klopp keeping his cards close to his chest in his pre-match press conference—having discussed it as “part of the preparation” in English football.

The manager described Alisson, Matip and Salah as “better,” but added that “how good, we have to see.”

“That’s the truth. Two more sessions to come and we have to see,” he continued.

“We have to make decisions and that’s how it is. But nothing fixed yet.”

This leaves Xherdan Shaqiri as the only first-team regular likely to sit out, along with long-term absentees Nathaniel Clyne and Paul Glatzel.

For Klopp, the “very important” news after the break was that none of his senior internationals came back to Merseyside with injuries, ensuring he can name a strong side at Old Trafford.

“You would love to prepare [for] a game like this with a full week at least, or if you want two weeks,” he continued.

“But now we had the international break, for both teams the same situation.

“The players from international duty all came back healthy, which is very, very important.

“So we now have three or four days with the full squad to prepare [for] it, which is a little bit comfortable at least.”

Alisson could take over from Adrian between the sticks, having missed the last 11-and-a-half games with a calf injury, while Matip may return at Dejan Lovren‘s expense after two games out with a knock.

Salah should keep his place alongside Sadio Mane and Roberto Firmino in attack, with there likely to be few surprises in Klopp’s starting lineup in Manchester.