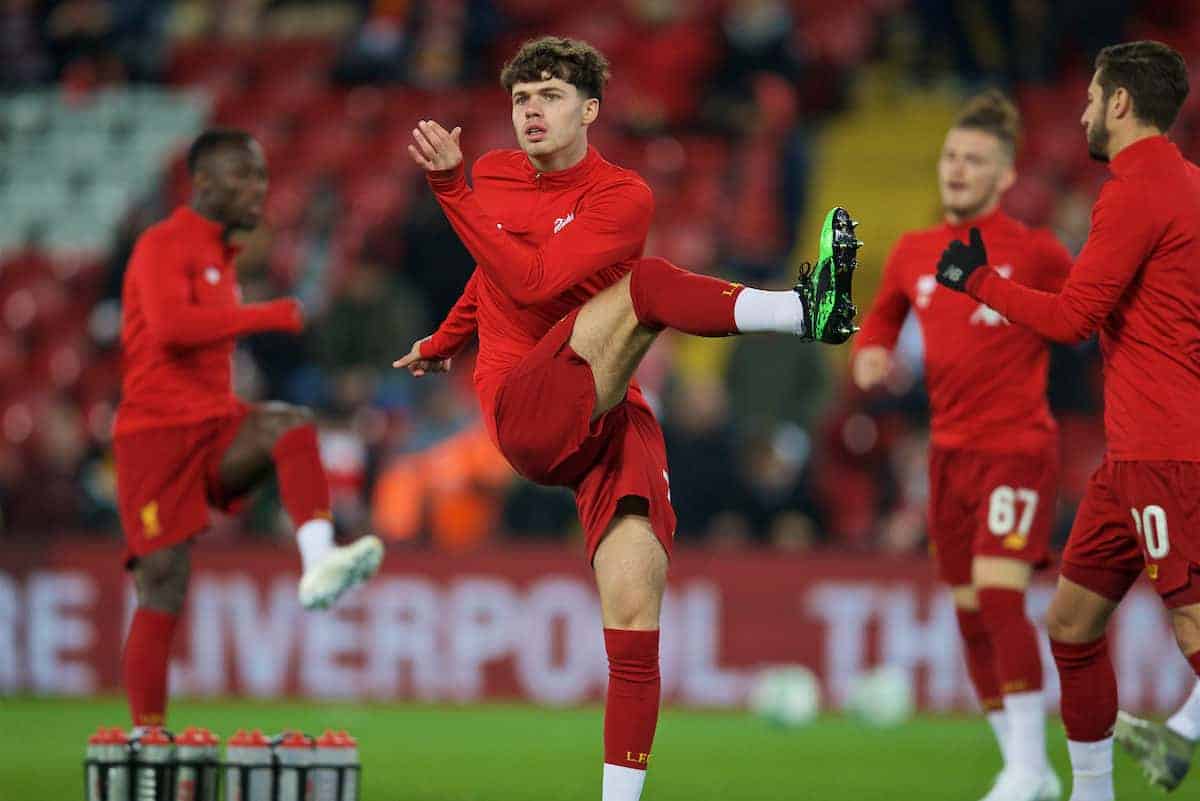 Jurgen Klopp has again named a mix of youth and experience as Liverpool take on Arsenal in the League Cup tonight, with Neco Williams to debut.

Klopp gave a host of youngsters their first taste of competitive senior action in the 2-0 win over MK Dons in the third round, and has maintained this approach at Anfield.

Despite the Gunners representing a bigger test, the manager is keeping faith with his blend of future hopefuls and first-team staples short of game time.

Between the sticks is Caoimhin Kelleher, who makes his Anfield bow, having kept a clean sheet on his debut for the club last time out in the cup.

Ahead of the Irishman starts Williams, who benefits from the absence of Ki-Jana Hoever to take over at right-back, joining Joe Gomez, Sepp van den Berg and James Milner.

Adam Lallana takes up the No. 6 role in midfield, supported by Naby Keita and Alex Oxlade-Chamberlain.

And in attack, Harvey Elliott becomes the youngest Liverpool player to feature at Anfield, lining up alongside Divock Origi and Rhian Brewster.

Koumetio, who joined the club from US Orleans earlier this year, will become the club’s fourth-youngest debutant if he comes off the bench.

Mesut Ozil starts for Arsenal, with Unai Emery rotating but naming a largely senior side, with the likes of Dani Ceballos, Nicolas Pepe and Alexandre Lacazette in reserve. 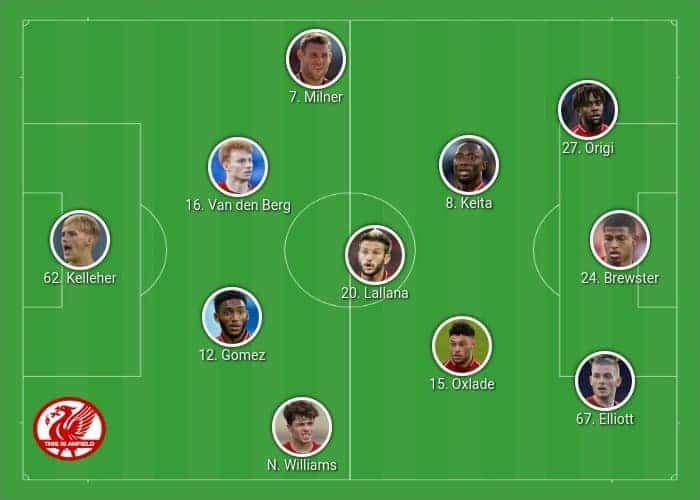