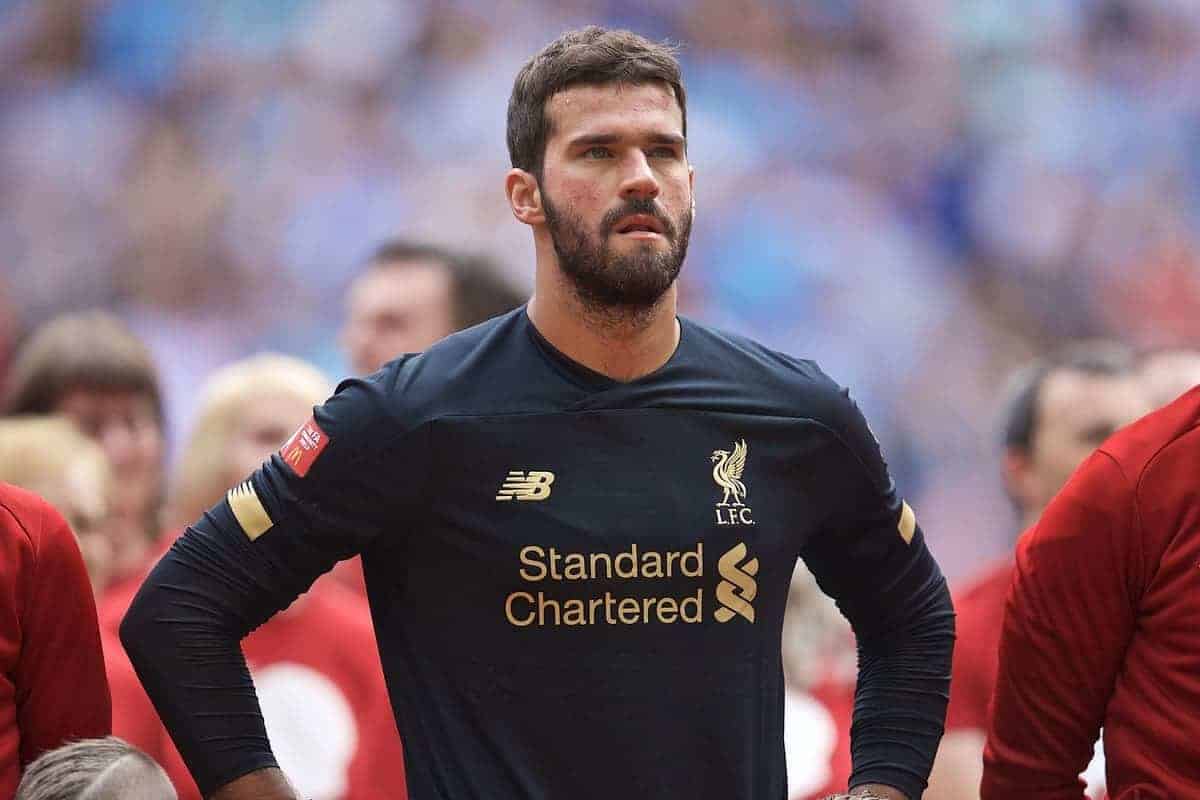 Now Alisson and Matip could make welcome returns, while Salah should also be available to ensure Klopp has a near-full squad for the grudge match.

Crucially, it also means the boss may well have the possibility to deploy his strongest lineup against an injury-hit United side.

Providing there are no late fitness concerns, Klopp’s final selection should be a relatively straightforward process.

Here is how we expect Liverpool’s starting team to look in Sunday’s Old Trafford showdown.

Though Klopp had his poker face on in his pre-match press conference, all indications are that the Reds have had a timely boost with the recoveries of the trio.

Alisson returned to full training this week and could make his return in goal, while Salah and Matip are also back to fitness.

If all goes to plan ahead of kickoff, the trio should take up their usual roles in the starting XI.

The only remaining absentees are Xherdan Shaqiri and Nathaniel Clyne.

Regular first-choice picks will feature as usual, with Trent Alexander-Arnold and Andy Robertson at full-back and Virgil van Dijk at centre-back.

Fabinho will start in the holding role he has made his own, with Gini Wijnaldum and Jordan Henderson the likely duo to join the Brazilian.

Salah’s availability will surely see the first-choice front three in operation, with Sadio Mane and Roberto Firmino both available.

With Matip only just back from injury, Joe Gomez and Dejan Lovren could be considered for another start after each took a turn deputising in the Cameroonian’s two-game absence.

Similarly, Adrian may keep his place between the sticks if Alisson is not quite 100 percent ready.

James Milner, Naby Keita and Alex Oxlade-Chamberlain are in contention for a midfield berth, with the trio having all been at Melwood during the break.

Further options in midfield and attack come in Adam Lallana, Divock Origi and Rhian Brewster, but Harvey Elliott is suspended.

Klopp kept his cards close to chest when speaking to the media, giving nothing away on whether Alisson, Matip and Salah definitely are available.

It seems all three will be, though, and if that is the case, it’s unlikely there will be any surprises with Liverpool’s lineup.

Indeed, those returnees mean Klopp will have the chance to deploy his strongest starting team from the off.

And the German should do so with this a huge chance to exploit and punish a potentially weakened United side.

Matip should take over from Lovren to slot in next to Van Dijk, with Alisson replacing Adrian behind the reunited central pairing and Salah continuing alongside Mane and Firmino.

This would see the trusted big-game lineup in operation: 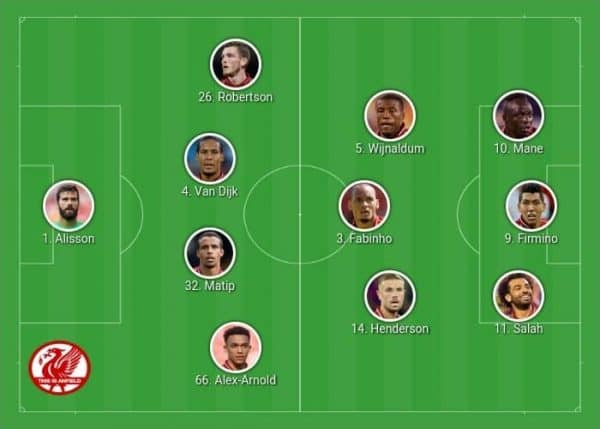 Thankfully all the Reds involved in international activity returned to Anfield unscathed.

However certain players featured heavily playing a lot of minutes in quick succession, and this could see Klopp alter things in areas where options are readily available.

Midfield duo Henderson and Wijnaldum both played back-to-back full games for England and the Netherlands respectively.

Klopp could introduce fresh legs in that department to ensure the Reds have the energy and dynamism required to really take the game to United.

Options are plentiful, but Milner’s experience and battling qualities on such occasions could earn him the nod over recently returned Keita and Oxlade-Chamberlain to replace the captain.

Though it is great to have Alisson back, throwing him into the intensity of the Old Trafford battle after 11 games out could be slightly risky.

Any rustiness could prove costly, so we could see the ever-reliable Adrian retained, with the No. 1 then making his return in the more comfortable midweek trip to Genk: 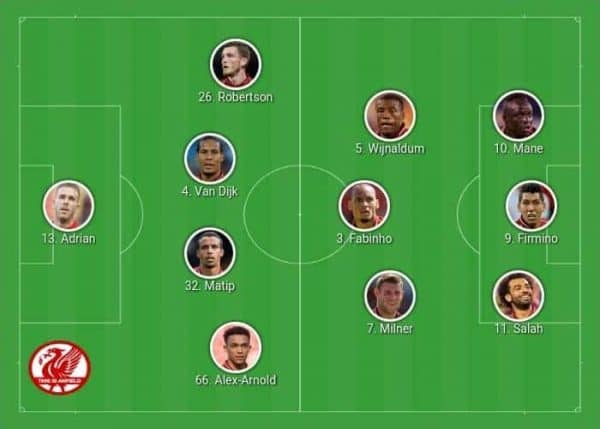 The first suggested lineup is Liverpool’s strongest and for that reason it seems highly likely to walk out at Old Trafford on Sunday afternoon.

It is then down to those 11 Reds to stand up and be counted and deliver a fearless, ruthless performance to claim what would be a priceless three points.