Alex Oxlade-Chamberlain‘s two-goal salvo in the Champions League was a big milestone in his recovery from injury and spoke of his work to return to this point.

The England international has been in and out of the side this season as he searches for top form and fitness again, but scored twice in the 4-1 win over Genk.

A well-struck long-range effort was reminiscent of the type he provided for Liverpool prior to his injury, while his second was an ingenious, outside-of-the-boot finish which went in off the bar.

Oxlade-Chamberlain is widely regarded as being the Reds’ best goalscoring threat from midfield, at least when fit and on a level playing field with the rest of the squad, and he revealed after the game the work which has gone into his approach as he tried to rediscover the scoring touch.

Speaking to Jan Aage Fjortoft for Viasport, the No. 15 recalled his long road back from injury and noted how Jurgen Klopp has been encouraging him to find his shooting boots again. 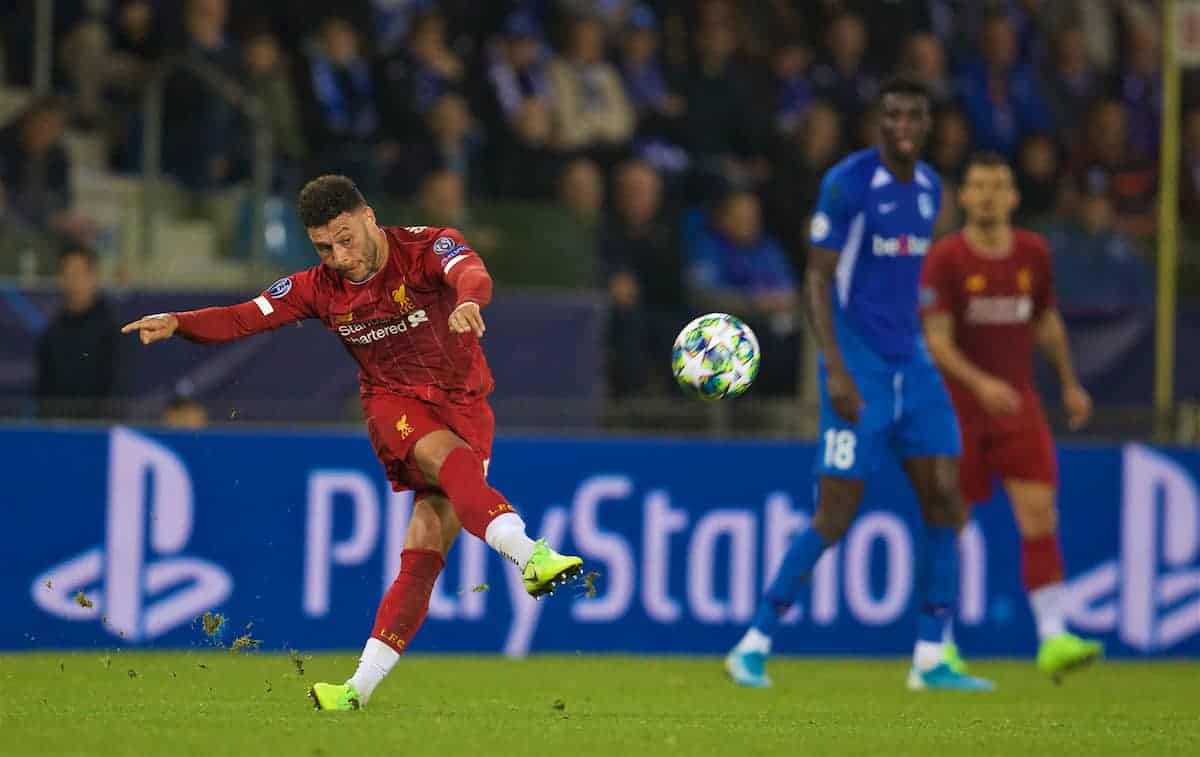 “I haven’t had a goal since the Champions League a few seasons ago now so it’s nice, a little reward for some hard work,” he said.

“I’ve been trying to get that feeling of being in those pockets around the goal, getting the feeling of when to shoot, where to shoot and when’s the right time and that stuff doesn’t just come straight away.

“I’ve been trying to work on that the last couple of months, the manager’s been having a go at me to shoot more in the right areas so I’m glad I managed to do that tonight!”

Oxlade-Chamberlain spent around a year on the sidelines before making a return late last season, but it is only this term that he has really been involved regularly.

Now the challenge is to re-win a starting spot, but he is clear that there’s plenty of motivation to do that, not the least of which has been watching his team-mates achieve success.

.@Alex_OxChambo: – It's a little reward for some hard work.

“Just to get back involved was what I wanted and working toward so I’ve got the players to thank for that.

“I’ve got to keep working hard now to stay in and around it because it’s a really strong team and you’ve got to keep the standards high to keep pushing the team forward.”

Having now started to again show that he’s ready to play a regular role, keeping competition for places high in midfield—and thus ensuring performance levels remain incredibly good—Oxlade-Chamberlain will doubtless play a big role in the Reds’ search for further silverware this season.