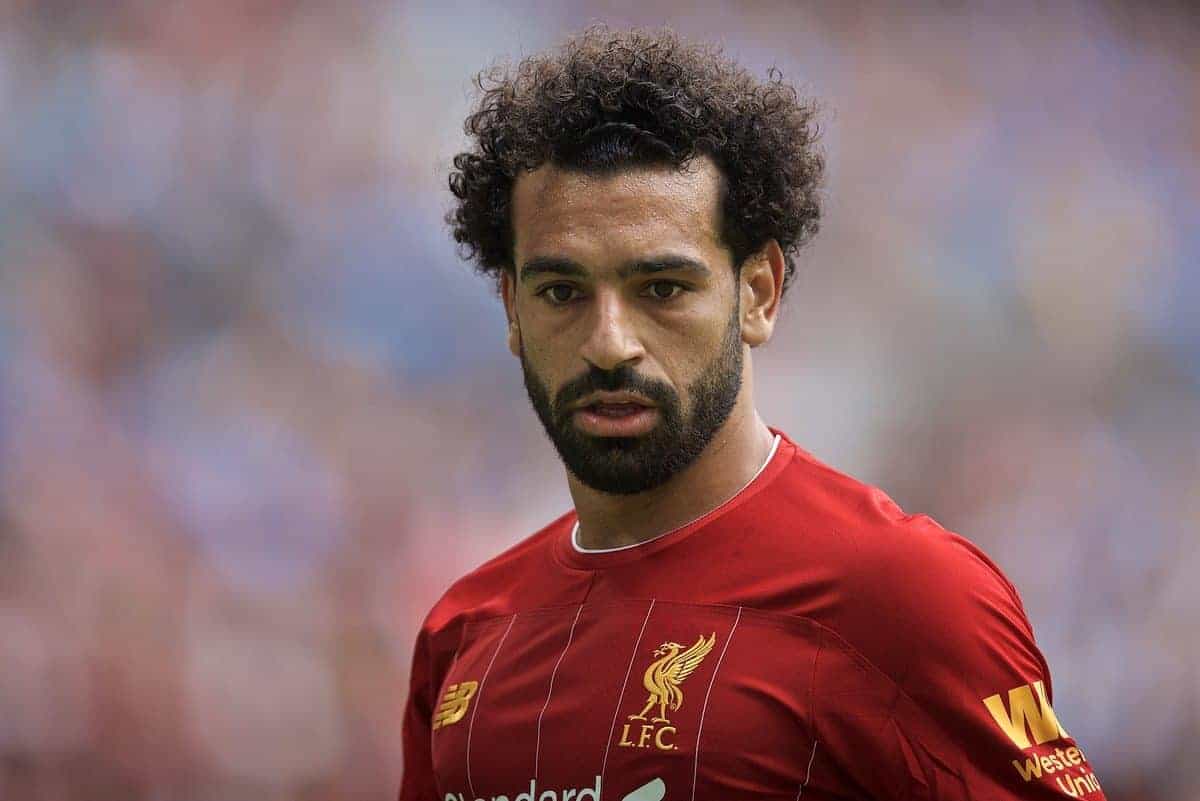 Jurgen Klopp has hinted that Mohamed Salah‘s ankle injury could rule him out for Liverpool’s trip to Genk, after the forward missed Sunday’s clash with Man United.

Salah was omitted from the Reds’ matchday squad at Old Trafford, with Divock Origi starting in attack alongside Sadio Mane and Roberto Firmino.

It came after the Egyptian’s late withdrawal in the 2-1 win over Leicester last time out, following a challenge from Hamza Choudhury which Klopp described as “dangerous as hell.”

Given Salah travelled to Abu Dhabi during the international break to collect the GQ Middle East Man of the Year award, and as such was expected to return to contention against United.

But despite working with head of fitness Andreas Kornmayer at Melwood in the buildup, there was “no chance” of Salah being involved in Manchester, with Klopp telling Sky Sports he would “maybe” return at Genk.

“Mo was not ready, that’s how it is,” the manager explained.

“He couldn’t train with the team; I don’t know where it came from that everybody said he will play.

“There was pretty much no chance for today, maybe for Wednesday, we have to see.”

While Klopp has left it open-ended regarding the midweek Champions League tie, his comments certainly cast doubt over whether Salah will feature in third game of Group E.

Instead, it may be more likely that the 27-year-old returns to take on Tottenham at Anfield on October 27.

Salah’s absence is certainly a blow for the Reds, but the hope will be that Origi is able to perform in his stead, with Alex Oxlade-Chamberlain the most comfortable deputy as Xherdan Shaqiri remains out.

It was interesting that, with Harvey Elliott suspended, Rhian Brewster did not make the travelling squad for the Premier League, instead scoring twice in the under-23s’ clash with Wolves on Sunday afternoon.