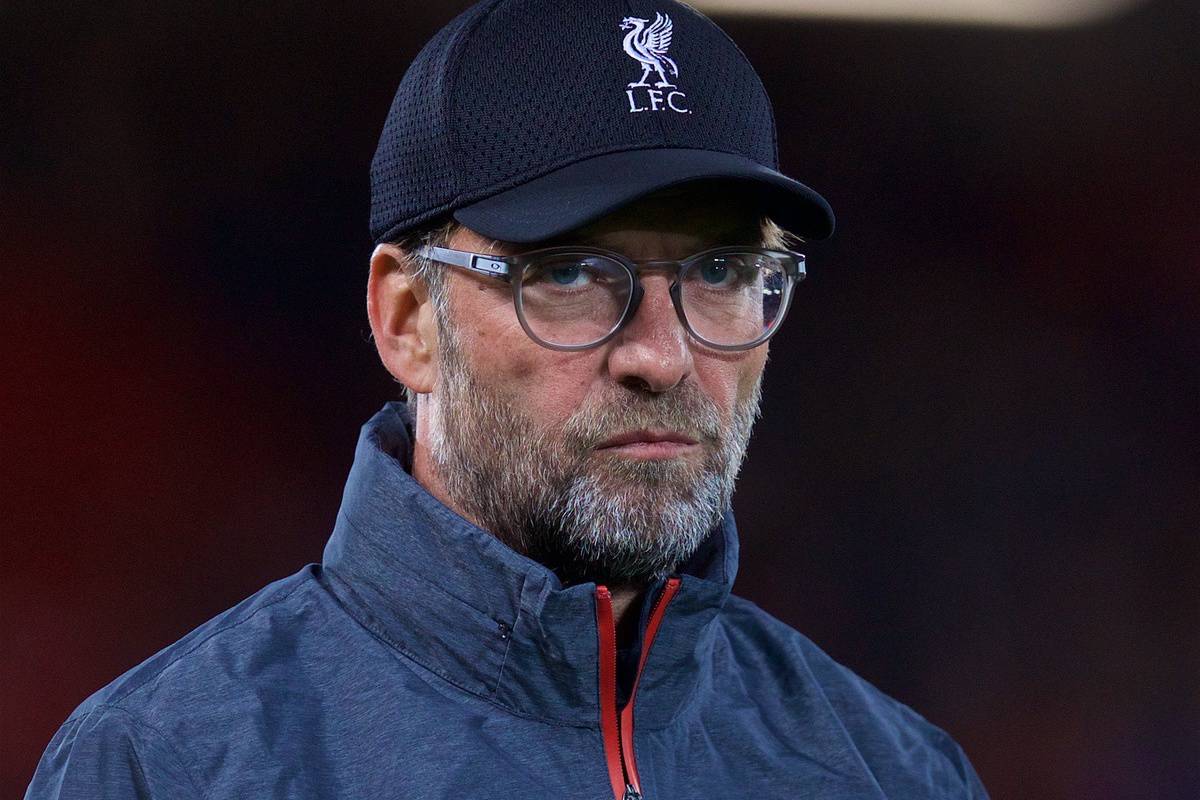 Jurgen Klopp has reacted to Salzburg’s viral video of Jesse March’s half-time team talk at Anfield, insisting he “would leave the club” if Liverpool did the same.

Salzburg circulated a captivating video of Marsch’s rallying call in the dressing room on Wednesday night, when his side were 3-1 down.

Speaking to his players at the break, Marsch bellowed: “It’s not a fucking friendly, it’s a Champions League match!”

Great insight into the half-time talk from Jesse Marsch in their game vs Liverpool.

“We’ve got to play more physical and get stuck in. Be more ruthless against Van Dijk, we play with too much respect. Too much respect,” he continued.

“Are they strong? Yes. But it doesn’t mean that we should be nice to them and don’t tackle them or fight.

“They have to feel us guys, they have to know we’re fucking here to compete, not just that we’re here to stylistically going to try and play the same way, but we came to fucking play.”

And Salzburg were then able to fight back, with efforts from Takumi Minamino and Erling Braut Haaland bringing the score back to 3-3, and Liverpool were arguably fortunate that Salah struck the winner in the 69th minute.

There have been rare instances in which players and staff have given an insight into Klopp’s team talks—most notably, when he wore a pair of Cristiano Ronaldo pants ahead of the Champions League final in 2018.

But the manager is adamant that, were the club to follow the Austrian side and allow access to his half-time address, he would quit his job.

“If LFC would put a video out with me in a situation like that, I would leave the club,” he told reporters on Friday, to worried laughter.

“That’s the truth. That’s all I can say about that.”

Liverpool already declined an approach from Amazon to be part of their All or Nothing series last year, with Klopp’s influence key to the decision—despite positive overtures from the club’s owners.

And this serves as another reminder of Klopp’s no-nonsense approach, which contrast starkly with the ill-judged documentary series, Being: Liverpool, on Channel 5 in 2012.

That has dogged Brendan Rodgers’ career, with the Ulsterman depicted as a caricature, and it has taken time to rebuild his reputation, taking a big step with Leicester.

The Foxes head to Merseyside on Saturday for the first time since Rodgers took over as manager, with this providing a reunion with the Reds four years on from his dismissal in 2015.

And while Liverpool will likely release an Inside Anfield video after the game, don’t expect footage from the dressing room at half-time!