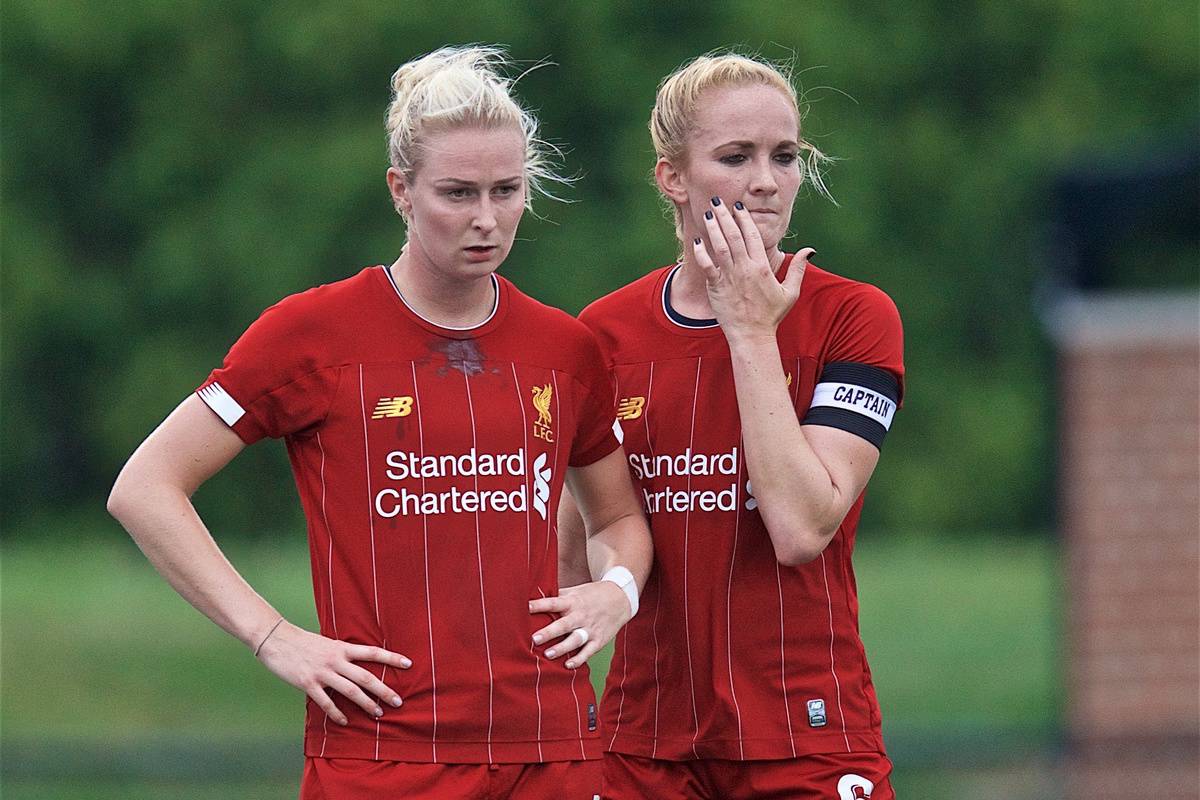 Liverpool’s pursuit of a first Women’s Super League win of the season continues after they fell to a 2-0 defeat to Birmingham City on Sunday.

Vicky Jepson’s side were full of optimism as they spent pre-season with the men’s first team in the United States over the summer.

Striker Courtney Sweetman-Kirk told This Is Anfield in Boston that the aim for the upcoming campaign was to “finish as high as we can,” though she added that “realistically, where we are, [the target is] mid-table.”

Three months on, and after five league games Liverpool are yet to register a win, with Sunday bringing their fourth defeat and fourth without scoring.

The Reds arrived at Damson Park buoyed by a 5-1 thrashing of second-tier side Coventry United last time out in the WSL Cup, and Jepson retained nine of those to start that game, with Sweetman-Kirk remaining on the bench.

But a difficult first half was compounded as Lucy Staniforth’s free-kick was headed home by Kerys Harrop to give Birmingham the lead after 10 minutes.

Liverpool had their chances before the break, but were unable to truly test Hannah Hampton in goal, with Niamh Charles, Rhiannon Roberts and Rinsola Babajide among those to at least bid for an equaliser.

Two alterations from Jepson just after the hour mark brought a brief spell of positivity as Sweetman-Kirk and Kirsty Linnett—hat-trick hero against Coventry—allowed a switch-up in attack.

Linnett saw a penalty appeal waved away two minutes after coming on, following a bright move that saw both substitutes force saves from Hampton.

And Birmingham heaped on the misery as Staniforth added a goal to her assist in the closing stages, firing beyond Fran Kitching after an error from the ‘keeper, who had been preferred to the in-form Anke Preuss.

Unable to muster a late rally, Liverpool were left to settle for another defeat, which leaves them two points behind 10th-placed Birmingham in the 12-team table, having played one game more.