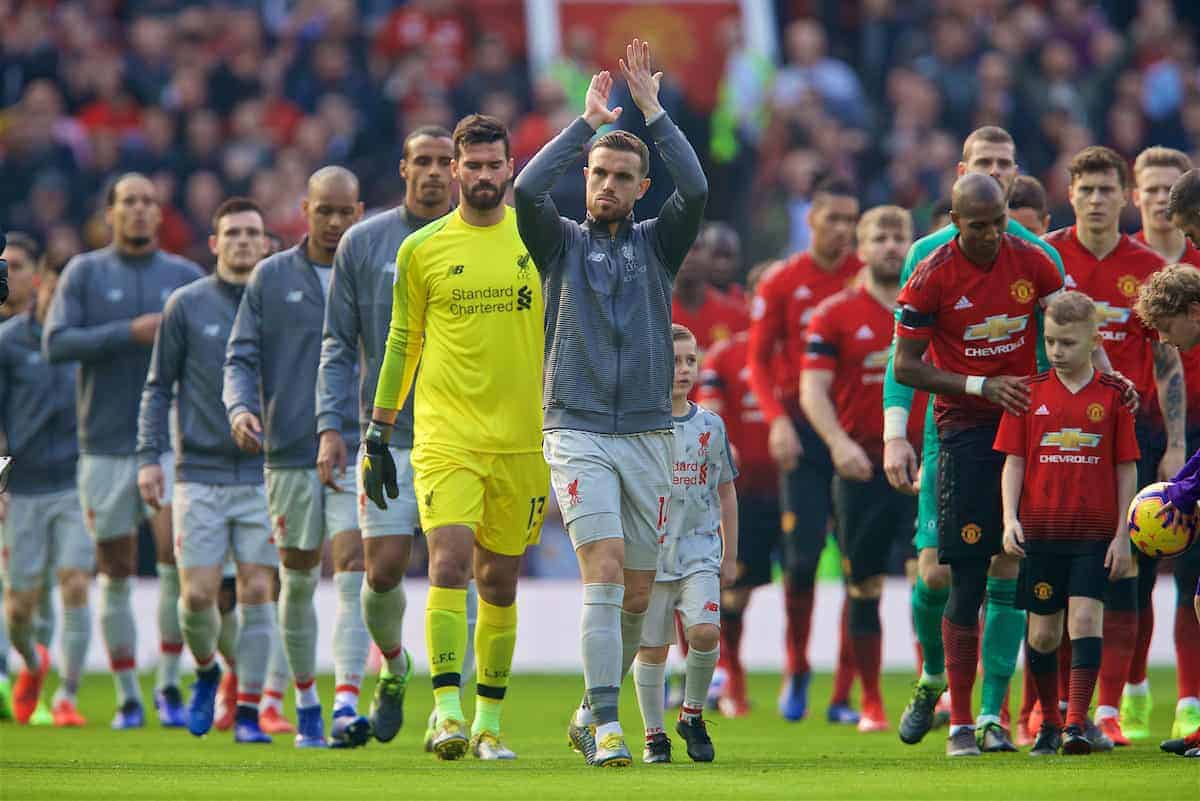 Liverpool face an enormous game on Sunday afternoon, travelling to Man United looking to retain their 100 percent record in the Premier League.

Another international break is over and domestic football is back.

The Reds couldn’t have had a much more dramatic end to their previous outing, when James Milner‘s stoppage-time penalty earned a 2-1 win over Leicester at Anfield.

It felt like a huge moment in Liverpool’s season, especially considering Man City then suffered a shock home defeat to Wolves the following day.

The gap is now eight points, but Jurgen Klopp‘s men must remain relentless in their quest for a first league title since 1990.

On paper, Sunday’s trip to United is Liverpool’s best chance of winning at Old Trafford in decades, but football doesn’t always go with the form book.

The Reds’ most bitter rivals are having a torrid time of things under Ole Gunnar Solskjaer, sitting 12th in the table and continuing their post-Alex Ferguson malaise.

They lack quality all over the pitch and Liverpool have not been so superior to them since their glory days in the 1980s.

This is Old Trafford, however, where the Reds haven’t tasted victory since 2014, and they have a history of failing to show up down the M62.

That has to change this weekend, with a big performance and result required, in what would represent another major statement of intent.

Klopp has received a major boost with the news that Alisson is back in full training, having not played since injuring his calf against Norwich in August.

The Brazilian is expected to start at Old Trafford, coming in for Adrian, who has done an admirable job in his place.

Klopp has a near fully fit squad to choose from, which is a real luxury, allowing him to pick his best possible starting lineup.

That means Trent Alexander-Arnold, Andy Robertson, Virgil van Dijk and the returning Joel Matip should make up the back line—the likes of Joe Gomez and Dejan Lovren will again have to make do with a place on the substitutes’ bench.

In midfield, Fabinho is a certainty to start, with Jordan Henderson and Gini Wijnaldum the most likely to join him.

Milner’s aforementioned heroics could earn him a spot in the team, however, especially as Klopp often favours him in big games.

Naby Keita and Alex Oxlade-Chamberlain could be important impact substitutes, but Xherdan Shaqiri is yet to return.

Mohamed Salah has recovered from the ankle knock that forced him off against Leicester, meaning he should start alongside Sadio Mane and Roberto Firmino.

Unlike Liverpool, United have plenty of injury problems to contend with.

David De Gea and Paul Pogba are set to miss out, while Eric Bailly and Phil Jones are also absent and there are doubts over Luke Shaw, Jesse Lingard, Diogo Dalot, Timothy Fosu-Mensah and Mason Greenwood.

Aaron Wan-Bissaka should return after illness and Anthony Martial could also be back, though. 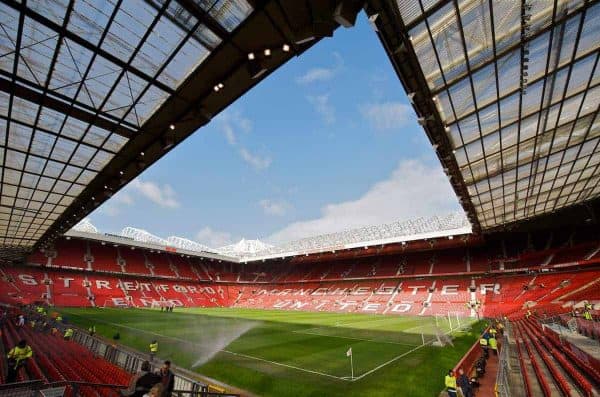 Away fans’ pubs: Get some cans from a shop.

One piece of advice for visiting fans: Like when we go to Anfield, don’t expect it to reach the hype.

Since winning 3-0 at United in March 2014, only one Liverpool player has scored in open play at Old Trafford in the Premier League.

That was Christian Benteke’s stunning acrobatic effort in September 2015, when the Reds were beaten 3-1.

Milner has scored a penalty in that time, while Eric Bailly bagged an own goal, but it sums up Liverpool’s struggles at Old Trafford.

Philippe Coutinho did score a beauty there in the Europa League, of course, back in 2016—but it is time things changed in the league.

Speaking to the press on Friday, Klopp said he isn’t falling for Solskjaer’s mind games:

“Four days ago I think Ole said ‘no chance’ for De Gea and Pogba, today it’s a ‘maybe’, tomorrow it’s a ‘100 percent’, Martial will back, all that stuff.

“That’s how all these games are played. No problem with that.

“But in the end, I’m old enough, we are experienced enough to judge all the things in the right way.” 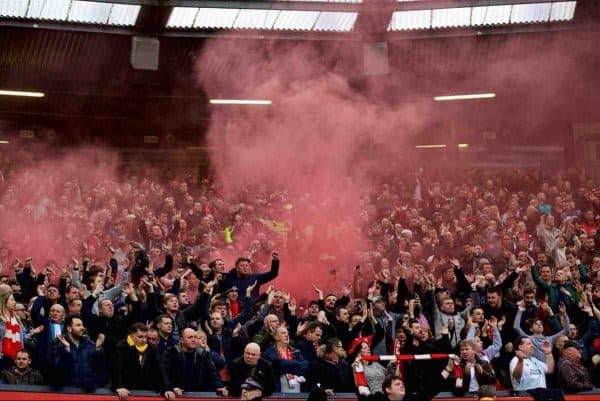 Man United vs. Liverpool is live on Sky Sports Main Event from 3pm (BST) on Sunday, with kickoff at 4.30pm.

Chris Williams is in charge of This is Anfield’s matchday liveblog, keeping you company from 3.45pm.