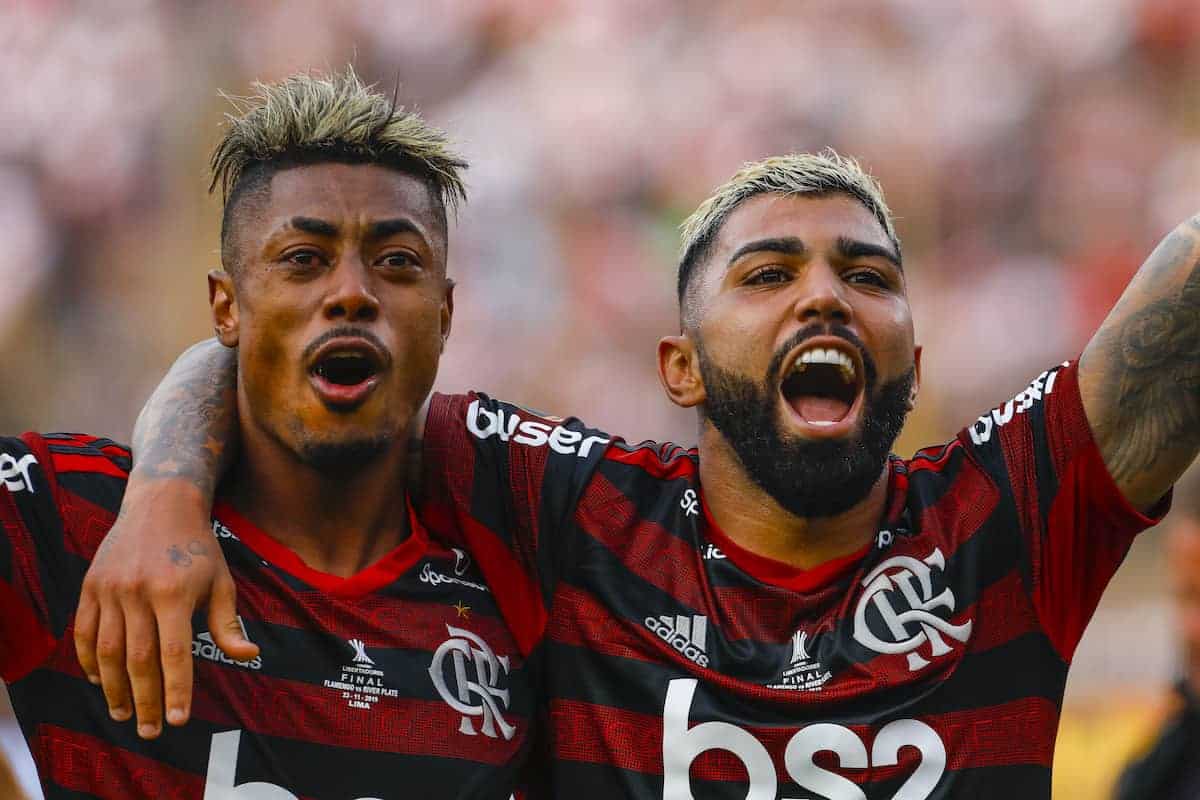 It means that Flamengo will be joining Liverpool at the FIFA Club World Cup in Qatar next month, with the two sides favourites to progress and meet in the final.

Argentine side River had been leading from the 14th minute to the 89th minute, but late goals from Gabriel Barbosa flipped the tie on its head.

The two goals of ‘Gabi Goal’ – who is on loan from Inter Milan – took his tally 40 goals for the season.

In a frenetic finish to the match, Barbosa was then dismissed in stoppage time along with Palacios of River.

The win was Flamengo’s first Copa Libertadores title since 1981 – when they went on to beat Liverpool 3-0 in the Club World Cup final in Toyko.

Liverpool will be seeking their first Club World Cup success, and avenging that defeat would be the perfect way to do so.