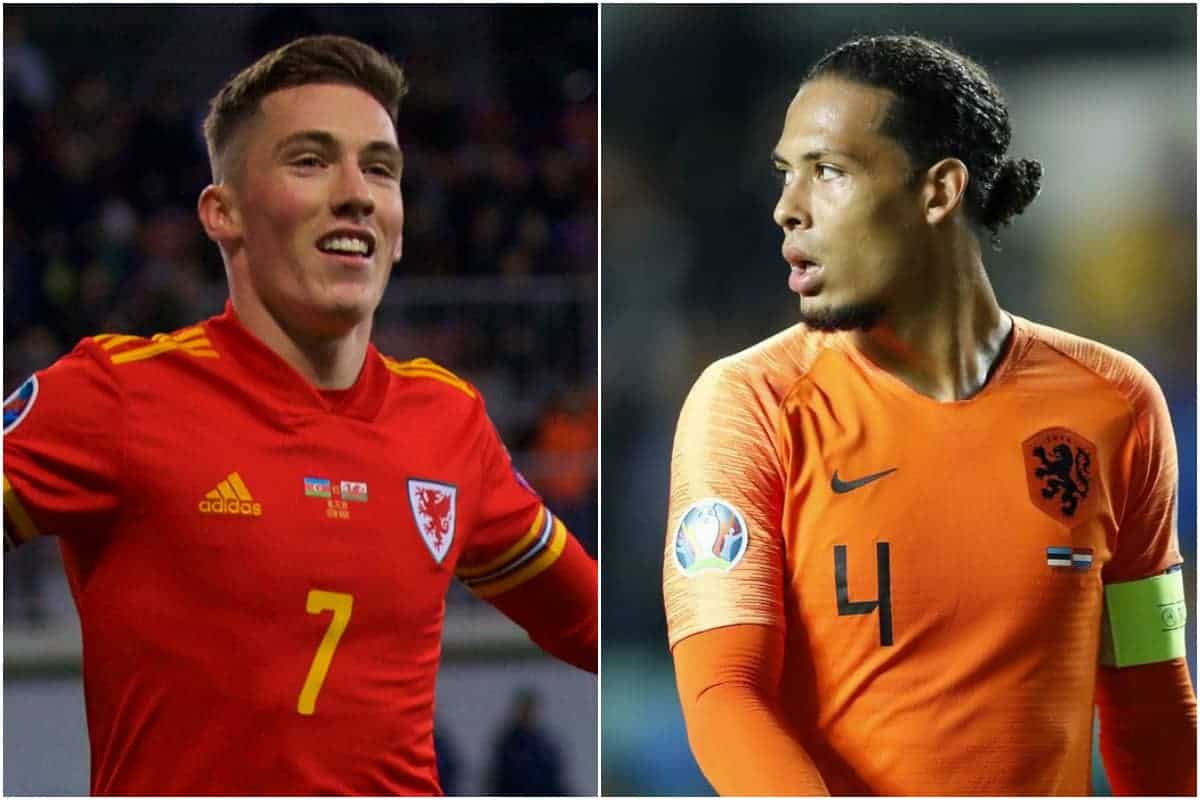 The Liverpool loanee reached the milestone as Wales visited Azerbaijan in their ninth game in Group E, bidding to qualify for next year’s tournament.

It was his 16th outing for his country, with 49 of his appearances coming for Derby, 14 for Hull, 13 for current club Bournemouth, seven for Crewe and one for the Reds.

And he marked it in fine fashion, with a stooping header to make it 2-0 in Baku after Daniel James’ effort rebounded off the woodwork, adding to Kieffer Moore’s opener for a comfortable win.

The victory leaves Wales third in their group, a point behind Hungary who they play on Tuesday night, and if they take the three points in Cardiff they will progress along with Croatia. 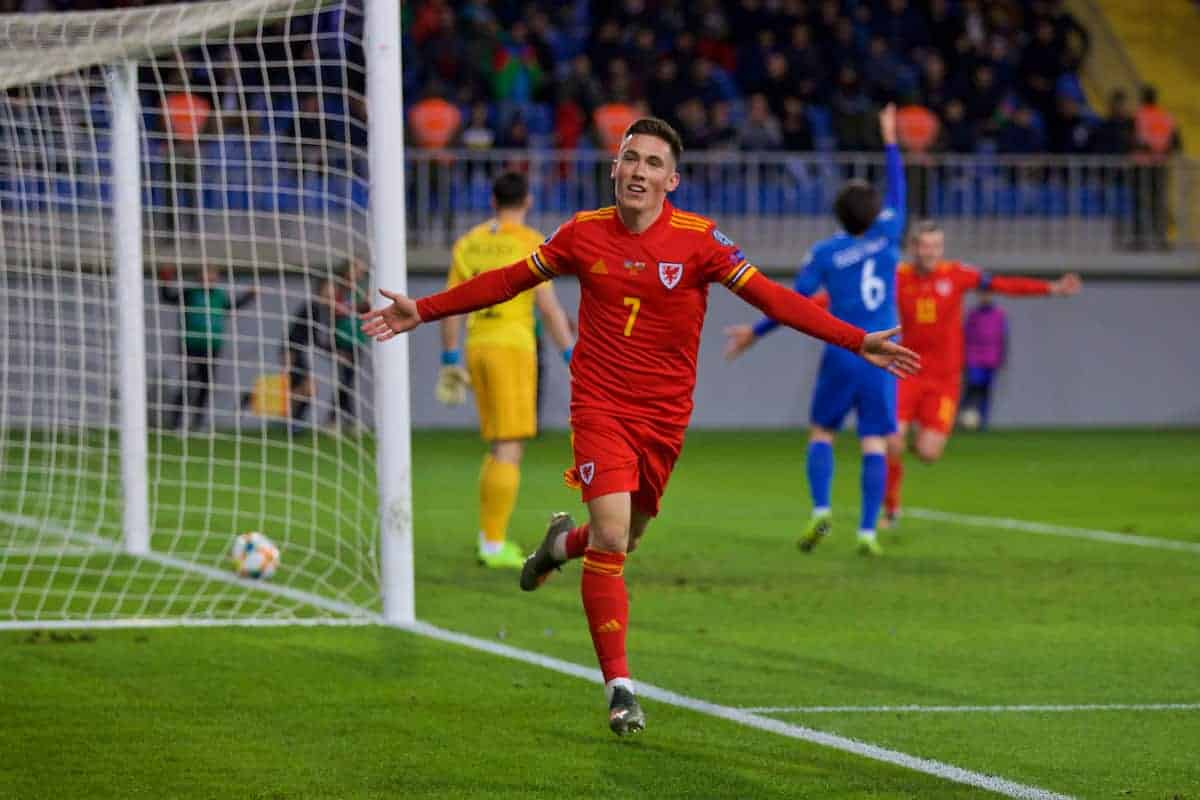 Wilson’s goal was his first for his country in 13 months, but now with 32 goals and 12 assists in 100 senior games in his career so far, his talent is obvious.

While Wales are forced to wait until next week to determine whether they can make it to Euro 2020, the Netherlands ensured they won’t miss a third major international tournament in a row as they drew 0-0 with Northern Ireland.

It wasn’t the most spectacular of nights, and the hosts could have even won the game but for Steven Davis’ missed penalty, but there was elation in the Dutch dressing room at full-time.

Van Dijk played the full 90 minutes in Belfast, but Wijnaldum was an unused substitute after a bout of illness earlier in the week.

Next up for the Netherlands is a home clash with Estonia, and they could still top Group C if Germany lose to Northern Ireland at the same time on Tuesday night.

Elsewhere on Saturday, Neco Williams scored twice from the penalty spot as the Wales under-19s drew 2-2 away to Russia.

Having won 3-0 at home to Poland on Wednesday, it has been a strong start to qualifiers for the U19 Euros, which will be held in Northern Ireland next summer.

Williams played 90 minutes along with fellow Liverpool academy defender Morgan Boyes, who wore the captain’s armband in a mixed afternoon at centre-back, with two goals conceded a disappointment.

Divock Origi remained on the bench throughout Belgium’s 4-1 rout of Russia, with Hazard brothers Thorgan and Eden accounting for three of the goals, while Liam Millar was also unused as Canada lost 4-1 to the United States.

Sunday brings a busy day for Liverpool’s internationals, with Trent Alexander-Arnold and Alex Oxlade-Chamberlain in line to feature for England against Kosovo.

Sadio Mane‘s Senegal take on Eswatini while Naby Keita‘s Guinea host Namibia in their latest Africa Cup of Nations qualifiers, and Ki-Jana Hoever and the Netherlands play France in their U17 World Cup third-placed playoff.