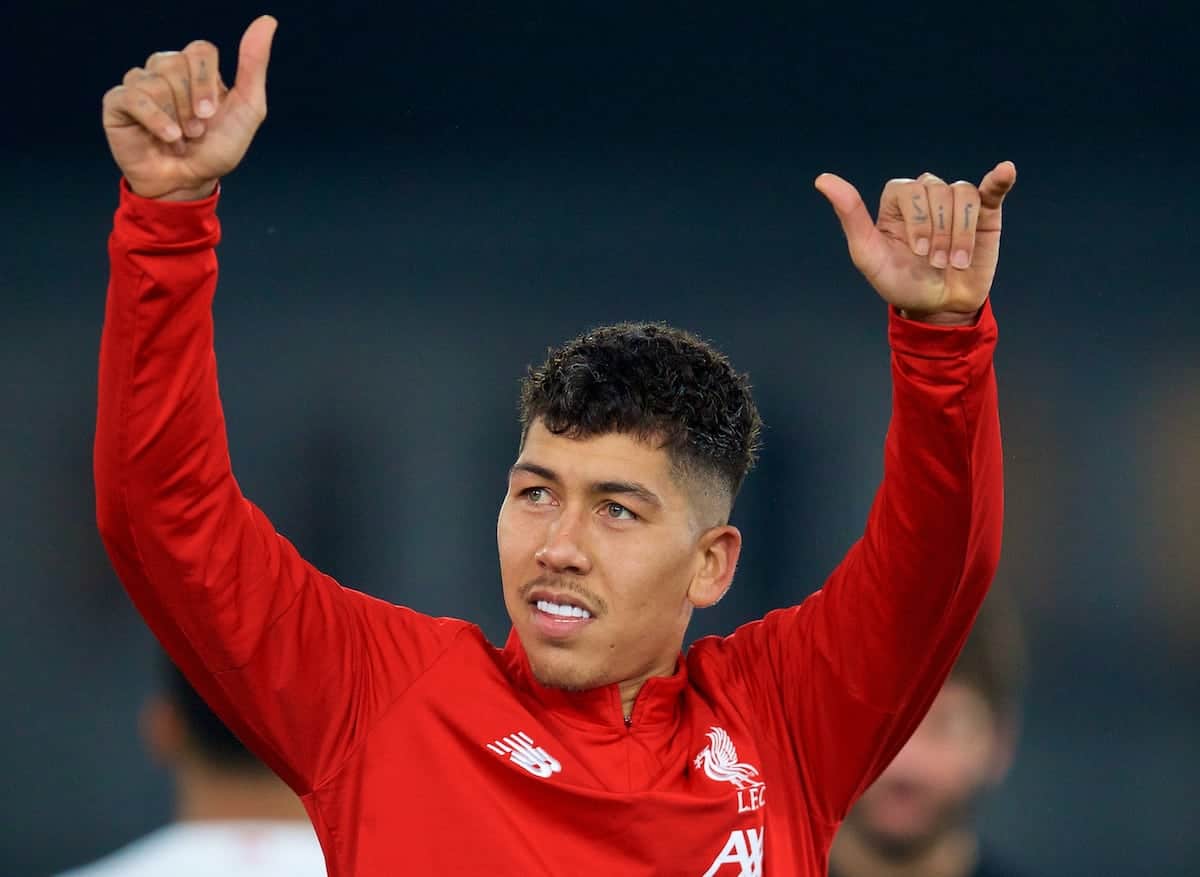 Jurgen Klopp was not worried about Roberto Firmino’s goal drought and admitted it had not even crossed his mind.

The Brazilian hit an 85th-minute winner for the Reds at Crystal Palace on Saturday to score for the first time since a 2-1 victory away to Chelsea on September 22.

Firmino had gone two months without a goal – a run of nine matches – but picked a perfect time to find his shooting boots again, which ensured the Merseyside outfit are eight clear at the top of the Premier League table.

“Bobby’s work rate is incredible,” Klopp said. “We expect a lot from the boys and I am completely fine with what I saw. For him, it is wonderful he finally gets the reward.

“We didn’t speak. I wouldn’t have a clue when he scored last time and I never thought about it.

“Who scores the goals, it is absolutely not important and you would have to ask him how he felt, but I didn’t see anything (to suggest he felt anxious).”

Sadio Mane had put Liverpool ahead four minutes into the second half at Selhurst Park, but Wilfried Zaha equalised for the hosts in the 82nd minute.

Thankfully for Klopp’s men it was Firmino who was on hand to fire home after a goalmouth scramble from a corner and ensure the goal conceded was not too costly.

Liverpool have now gone nine matches in all competitions without keeping a clean sheet and needed to strike late in London to remain unbeaten, which has happened regularly during the last two months.

Klopp added: “We conceded a goal, nobody wanted that, but I felt in that period it was not a surprise when they scored.

“But we knew as well we would probably get a chance and we had to use it, if we don’t use it we cannot take it for granted.

“I don’t like to talk about it (scoring late), but I understand you ask it. We are not like ‘seven minutes to go, let’s start winning the game now’ so we don’t think about it.”

Liverpool have only dropped points once in the Premier League this season and the German admitted the start to the campaign has exceeded his own expectations.

“We are four years together,” Klopp said. “I know a lot about my team, we just know want we want and we know what we have to do for it.

“We are not the only team who knows that, but for us we know it and it’s so difficult to get 37 points from 13 games.

“If you asked me is that possible, I would say so, but now we are here, so we are critical of the performances and saying we can do better. It’s all true.

“At 3 o’clock we had to be there against a team that is really good, playing at home in a good stadium and they (Palace) fight.

“We start fighting as well and have to be ready and we were again so big, big credit for my boys, but the next one (Napoli) is waiting.”

What Liverpool’s new coach Claudio Taffarel has said about Alisson

Divock Origi’s chance to spring another Everton nightmare before Christmas

What Liverpool’s new coach Claudio Taffarel has said about Alisson

Divock Origi’s chance to spring another Everton nightmare before Christmas