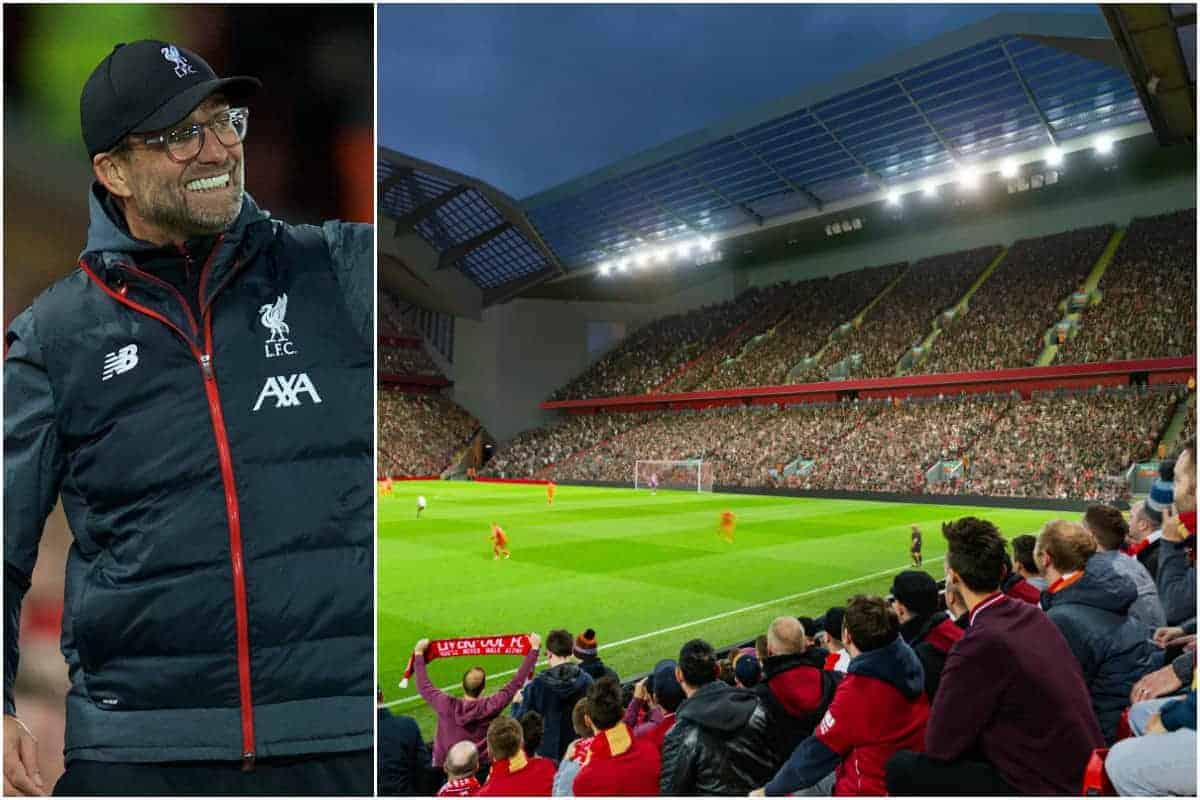 Jurgen Klopp has praised Liverpool’s willingness to develop on and off the field after the latest plans for the Anfield Road end expansion were unveiled.

It was announced on Friday morning that the club are planning to add a further 7,000 seats to Anfield with a £60 million redevelopment of the Anfield Road end to bring the capacity up to 61,000.

This is an ambitious and very welcome outlook, which along with the new training ground in Kirkby and a high-profile kit deal with Nike will reflect the Reds’ success on the pitch.

While it remains a long time until work could get underway at Anfield—with a new planning application expected in spring next year—Klopp spoke of his excitement at the news.

“It’s really early stages, so I don’t even know exactly what I’m allowed to say, or what I can say,” he told reporters at Melwood on Friday.

“I saw pictures of it, obviously, it looks really good, to be honest, that’s nice. But very early, very early stages.

“The best news is—nobody knows if it will happen, when it will happen exactly—but the news is this club is constantly trying to develop and make the next steps.

“That’s what I like about the news, really. Making this iconic place available for more people is a very good idea.

“So it’s really exciting, but nobody knows exactly how long it will take or whatever.

“But the plans are in our mind and that’s a good start.”

Klopp is right to point towards the club as upwardly mobile, with the £114 million expansion of the Main Stand one of the first steps before Kirkby, Nike and the Anfield Road end.

It is a credit to Fenway Sports Group that this has been possible approaching what will be a decade since they took over Liverpool next October.