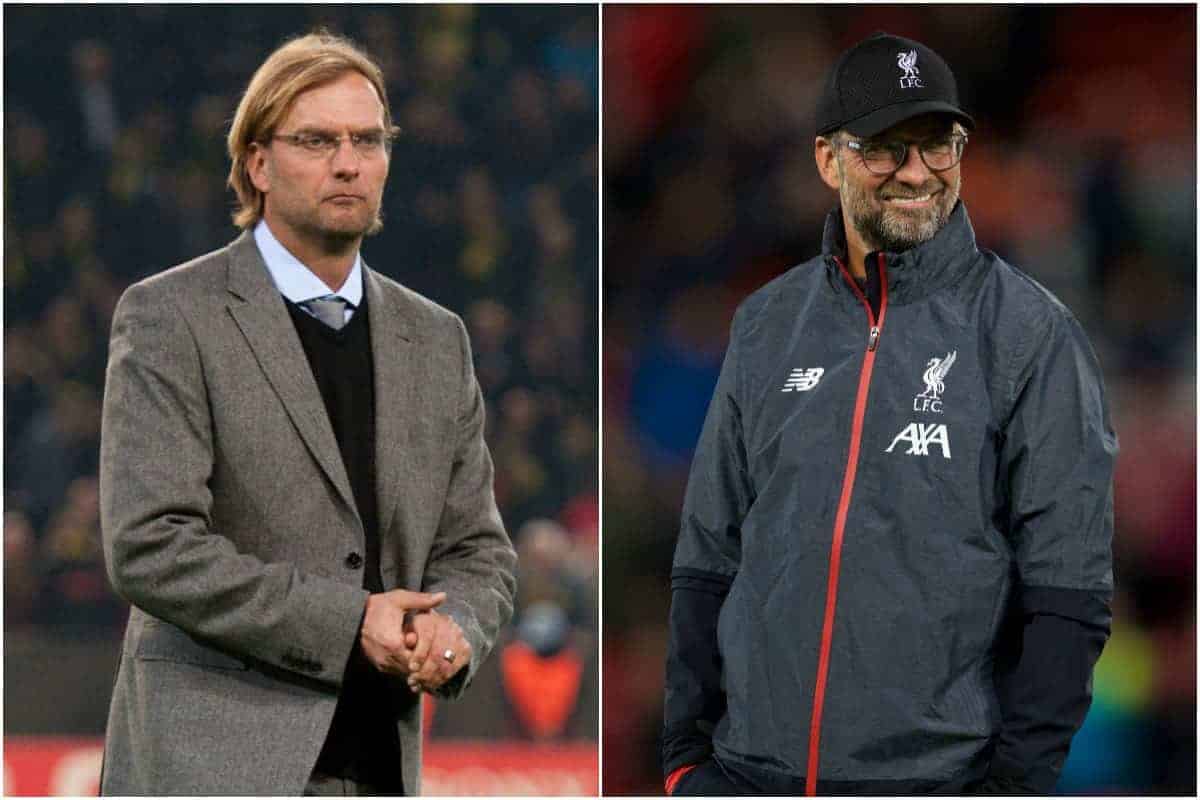 Jurgen Klopp has come a long way since his first European match but as he prepares to mark his 100th as a reigning Champions League winner the journey has given him plenty to reflect on.

Klopp made his European managerial debut in charge of Mainz against FC Mika in Ashtarak, Armenia, in July 2005, having earned their UEFA Cup spot via a Fair Play place.

The small Bundesliga club also beat Iceland’s Keflavik before losing to eventual winners Sevilla in the first round proper.

“Nobody thought that would be possible when we played that game,” said Klopp ahead of his 100th match, at home to Napoli, having guided Liverpool to a sixth European Cup in June.

“It was a very big achievement for us. I know where I was when our sporting director telephoned me. I was on holiday. He called me and said, ‘we play Europe!’

“It caused a lot of problems because it started so early. We lost the first five Bundesliga games—we had no pre-season.

“We suffered from it but we stayed in the league and all was good. I have very nice memories and yeah…we have come a long way.”

So far Klopp’s side have coped well with this season’s European exploits—even after losing their first match against Napoli in Italy—as they have opened up an eight-point lead at the top of the Premier League table after winning 12 and drawing one of their 13 matches.

It has raised hopes of ending a 30-year wait for a league title—a period in which the club have won three major European trophies as well as a trio of European Super Cups.

June’s Champions League final victory has provided them with a platform on which to build domestic glory.

“It is unbelievable. I am four years in and we have been in three [European] finals. It’s crazy,” he said.

“So far whenever we played in Europe we were in the final so we should keep that going! It’s very difficult. I don’t know exactly where that came from.

“In the first year when we qualified for the Europa League final there was not a lot to fight for in the league.

“It was not that we didn’t want to win but it was difficult to create this very special atmosphere in the league: once we got through the group and into the knockout stage it was clear it was all or nothing.

“In the league it was, ‘if we win we can be seventh and if we lose we will be ninth’ so there was nothing we could really win in the league season and that’s why the two finals (they also lost the League Cup) were probably the standout moments of that season.

“Europe has been special for us so far and hopefully it will stay like this forever.”

Victory over Napoli—or Red Bull Salzburg’s failure to beat Genk—will see Liverpool qualify for the knockout stage with a match to spare and give Klopp the chance to rest players for the final game next month.

“Unfortunately I’m not too good at thinking about games we have next week or in two weeks. The team selection is about winning this game, nothing else,” he said.