Liverpool have been named top of the Euro Club Index for the first time in the rankings’ history, serving as statistical proof of their dominance.

The Reds have moved ahead of Barcelona and Man City to lead the list for the first time since its inception in 2007, having made remarkable progress under Jurgen Klopp.

Upon Klopp’s arrival in 2015, Liverpool were considered 27th in Europe, and moved into the top five for the first time in April, but victory in the Champions League final and results since have improved this further.

The Euro Club Index, according to their website, “represents the expected level of sporting success” and is “derived from historical and actual sporting results” using “scientific statistical methods.”

It is considered by some as more accurate than UEFA’s club coefficient rankings as it factors results across leagues, domestic cups and games in Europe, including the Champions League, Europa League and UEFA Super Cup.

Liverpool’s status as No. 1 is an indicator of their dominant form under Klopp in recent years, which brought success in the Super Cup as well as the Champions League.

The Reds are marginally ahead of City and Barcelona, and significantly in front of fourth-placed Bayern Munich, with Juventus, Atletico Madrid, Chelsea, PSG, Real Madrid and Arsenal rounding off the top 10.

Of course, the statistical evidence can be questioned given Man United are just outside as No. 11.

They are above last season’s Champions League finalists Tottenham (No. 13) despite finishing below them in the league last season and being level on points so far this term.

But there is little questioning Liverpool’s new-found status, and it is interesting to mark their rise under Klopp using the ECI’s rankings since 2007: 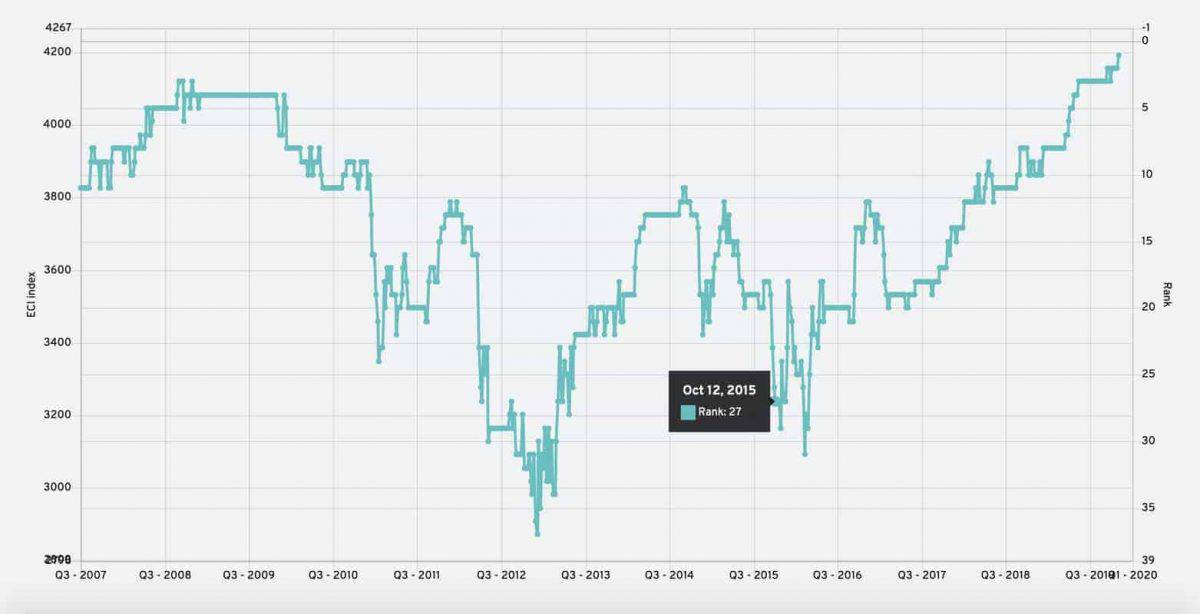 Though there have been some drop-off periods since his appointment, there has largely been a steady incline with the German in the dugout.

Klopp has led Liverpool to a ranking higher than that of Rafa Benitez in 2009.