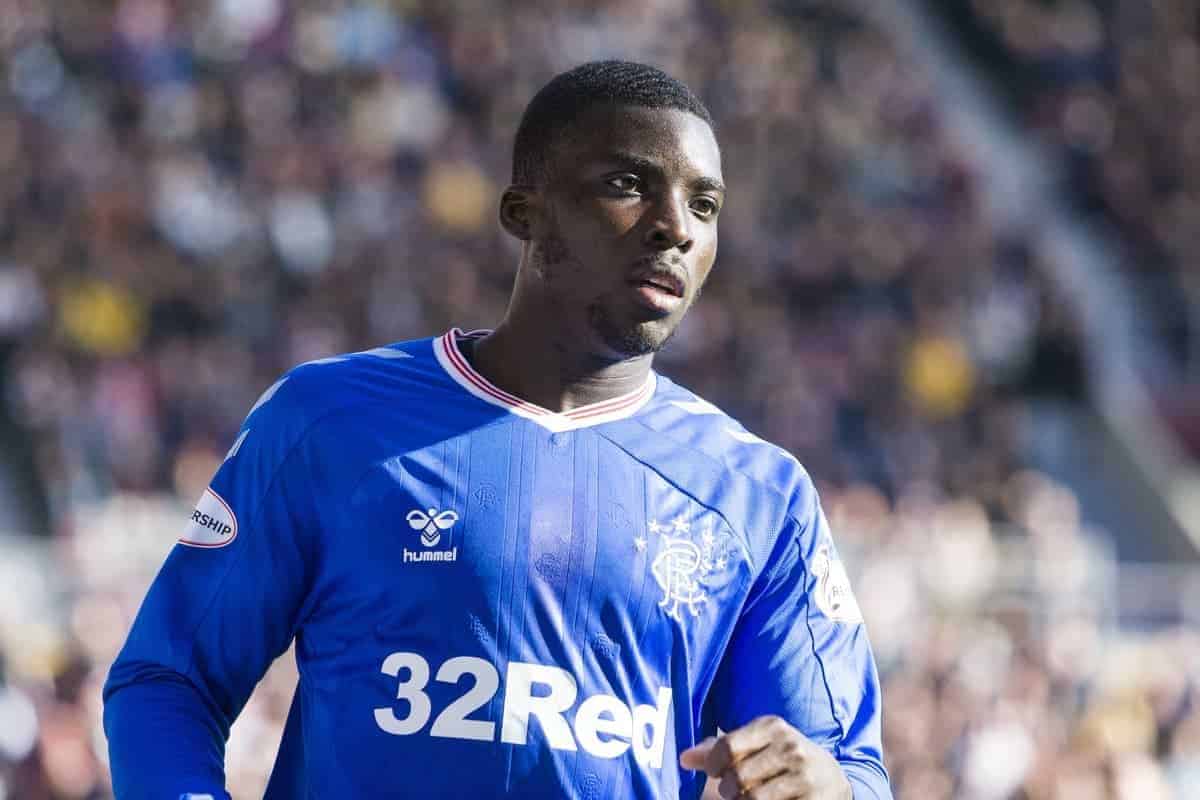 Sheyi Ojo knows he will not always satisfy the Ibrox boo boys but the Rangers winger is determined to savour every opportunity that comes his way in Glasgow.

The 22-year-old has split opinion among the Light Blues faithful since joining on loan from Liverpool in the summer.

His performances have wavered from his sublime Europa League winner against Feyenoord back in September to being hooked after an hour against Hearts a month later following a drab performance.

The fans’ frustrations with that inconsistency has occasionally boiled over but that has not affected Steven Gerrard’s trust in the former England youth international.

Ojo was handed a start on Thursday as Gers took another step towards the Europa League last 32 with a 2-2 draw at Feyenoord and he says experiences like that are the reason he made his move north.

“It’s important,” he said. “These are the kind of games you want to be playing in.

“I’m pleased with how it went on Thursday night. I was disappointed not to have scored but I’ll keep working as we have a lot of big games coming up and you need to be ready.

“I think it’s gone well for me so far up in Glasgow but I’m always striving for more.

“I want to score more goals and provide more assists. I’m hungry and I feel the players and staff here can see that.

“I just try to block everything out [when the fans get frustrated].

“It’s very difficult to go through a game and not make a mistake, especially as an attacking player. You’re in the team to make things happen and there will be times when you lose the ball or have a shot blocked.

“The main thing for players like me is to keep believing and keep focusing on affecting the game as much as I can.

“I think I’ve developed already in my time at this club. Mentally more than anything. Having strong mentality is massive in football. There are players out there who are really good technically but are not so good mentally and it doesn’t work out for them.

“If you have the right mentality then anything is possible.

“I’m hungry and it doesn’t matter if we’re playing against 5,000 fans or 55,000, I want to get on the ball and make things happen. I feel the manager and fans can feel that.”

A draw at home to Young Boys in December will see Gers—who are unbeaten at Ibrox in Europe under Gerrard—extend their continental campaign beyond Christmas for the first time since 2011.

Ojo added: “Playing at home is obviously a massive advantage. We’ve already seen that with the games against Porto and Feyenoord at Ibrox.

“The main thing is that if we can play like how we know we can play as Rangers Football Club, then we can beat anyone.”

That clash will have to wait, however, as Rangers return their sights to the Ladbrokes Premiership title battle with Celtic.

Ojo said. “We’ve got another big game on Sunday so we need to recover well for a massive test against Hearts.

“There are so many big games coming up that we need to win so we will quickly switch our focus to making sure we get the three points.”