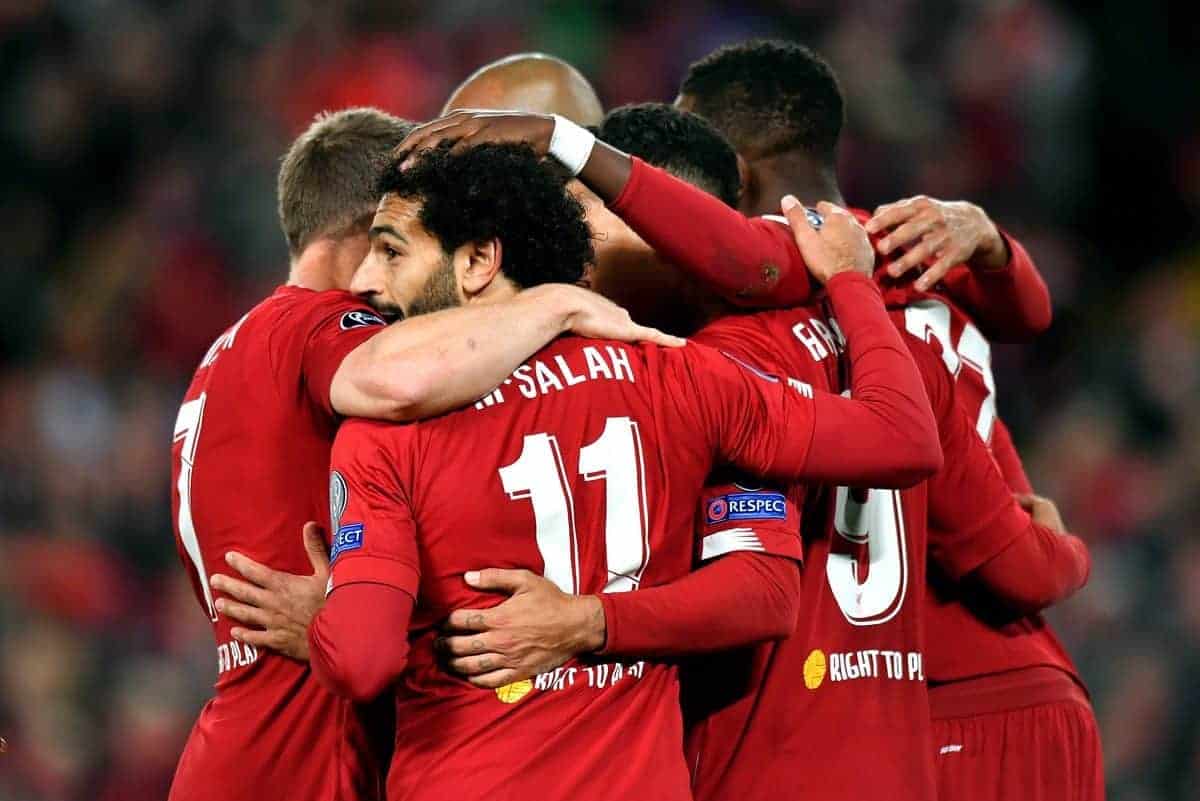 Liverpool host Genk tonight in the Champions League, in a game that could see Mohamed Salah reach a goal tally only surpassed by Steven Gerrard.

Salah has scored 12 Champions League goals at Anfield—only Gerrard with 18 has more. Salah’s haul has come in just 13 appearances.

He could become (after Gerrard, again) only the second Reds player to net 20 goals in the European Cup. He has 19, Gerrard 30.

The Reds have lost one of the last 28 at home in Europe and are unbeaten in the last 23 at Anfield.

Of the 23 they have won 17 with six draws, failing to score only twice.

Liverpool’s last home reversal was the 3-0 loss to Real Madrid in October 2014.

They have kept 12 clean sheets in their last 18 Anfield European fixtures and in that time have not conceded a solitary goal in a game—shipping three goals in two matches and two each in the other four.

Not since 1991/92 have they done so for a third successive Anfield match when they put six past Kuusysi Lahti in the UEFA Cup having netted four against both Panathinaikos and Austria Vienna in the 1984/85 European Cup.

In Europe’s major competition they last achieved the feat during the 1980/81 European Cup campaign, hitting Oulu Palloseura for 10 followed by four against Aberdeen and five in the clash with CSKA Sofia.

In the Belgian league they have amassed 20 points from their 13 games, 13 fewer than at the same stage of last season.

They are in eighth place, 13 points behind leaders Bruges.

The referee for this game is Ivan Kruzliak of Slovakia.

He has taken charge of Liverpool twice previously, the Reds winning both: 1-0 at Gomel in 2012 (Europa League) and 3-0 at home to Maribor in 2017/18 Champions League group stage.