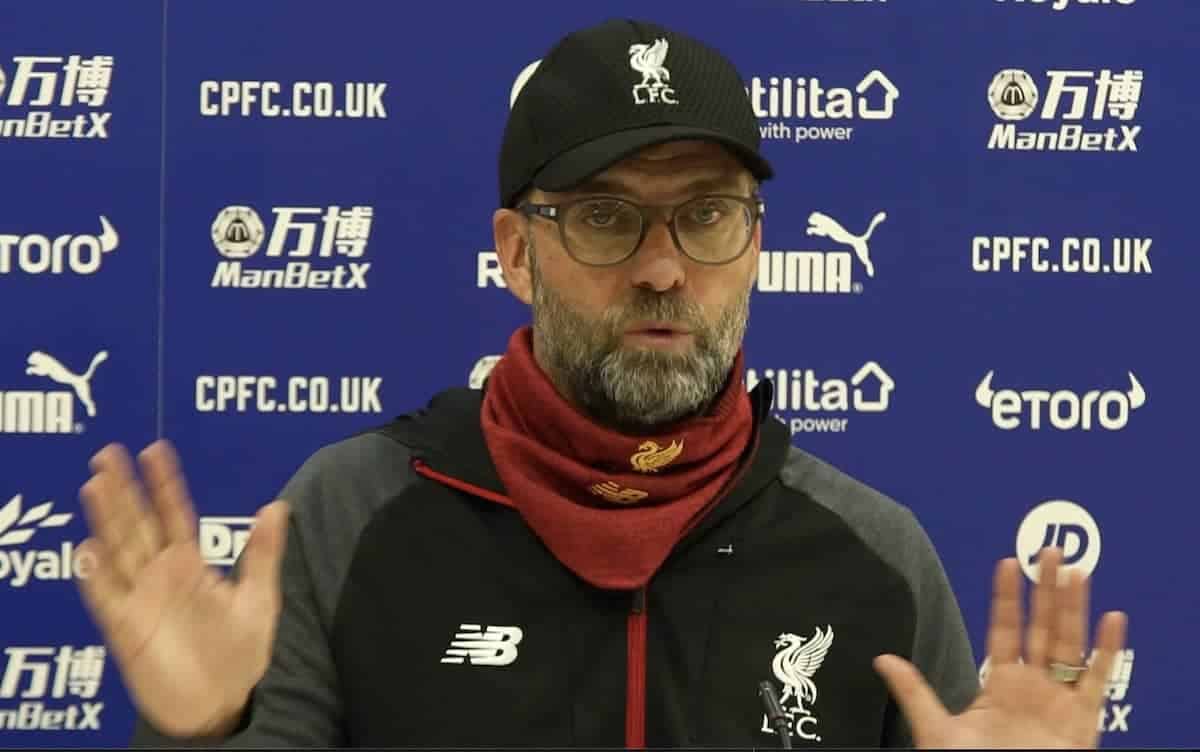 Jurgen Klopp conceded Liverpool “were not brilliant” in their 2-1 win at Crystal Palace, but the Reds’ determination to fight for the win proved the difference.

The Reds were again forced to muster a response late in a game to secure all three points having been pegged back by Crystal Palace in the dying stages.

With the international break only coming to a close a few days ago, Liverpool were always going to take time to find their rhythm and it started to arrive after the interval.

Sadio Mane opened the scoring minutes into the second term as the Reds started to dominate proceedings, only for Wilfried Zaha to find an equaliser with 82 minutes on the clock.

As is now customary for Liverpool, that was not to be all she wrote as Roberto Firmino found himself on the scoresheet moments later – the Reds’ 11th goal after the 75th minute this season.

It was not a pretty game in any sense of the word, and speaking after the match Klopp commended his side for their perseverance “even when it’s not perfect” as Liverpool’s incredible run in the Premier League continued.

“I’m not surprised by how the game went,” Klopp told reporters.

“We know it’s a tough place to come, the atmosphere is good, they don’t give up. We gave them too many situations, we weren’t compact enough.

“We had challenges in the wrong areas, conceding set-pieces and corners – it helped them.

“We knew at half-time we had to do better. The challenge to everybody is that they are coming from international teams.

“We weren’t brilliant today but we were ready to fight for the result.

“We were the dominant side and much more active. We don’t stop with these things even when it’s not perfect.”

Liverpool remain firmly atop of the Premier League table with an eight point buffer, and they move within two wins of breaking the club’s longest unbeaten run in the topflight.

But when given this information after the game Klopp insisted he “had no clue” and was simply focusing on getting results and “if we break records on the way then good.”

The manager also revealed after the game that Mohamed Salah, who was an unused sub, could not train for nine days and only on Friday did the Egyptian train at 100 percent capacity.

But Salah is set to return on Wednesday in the decisive game against Napoli in the Champions League, where a win would seal Liverpool’s place in the last 16.