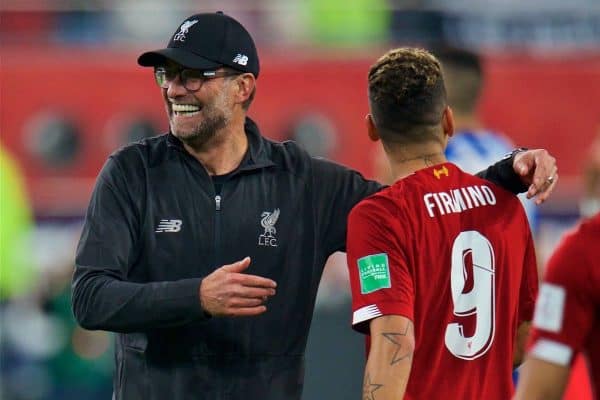 Jurgen Klopp likened Liverpool winning a first Club World Cup to landing on the moon but admits he could not care less if they do not get lauded for lifting the trophy.

On three previous occasions—in 1981, coincidentally against Saturday’s opponents Flamengo—1985 and 2005 they returned home empty-handed and it remains the piece of silverware they have yet to win.

The competition is generally derided in Europe, and England in particular, and Klopp has been criticised for taking his full first-team squad to Qatar and leaving behind a hugely inexperienced youth team to get beaten 5-0 by Aston Villa in the quarter-finals of the Carabao Cup.

So should they beat the team from Rio de Janeiro in Doha’s Khalifa International Stadium he is not expecting widespread praise for the achievement. But he is not bothered.

“I don’t know how you approach something that has never been done before—like landing on the moon,” he said.

“We are playing against a side from a country and continent where this competition means everything to everyone and, in England, we have to explain why we come here.

“That’s how Europe looks at the world, that we are the centre of attention.

“Who cares [if Liverpool do not get the credit]? Really, you do not win something so people will say, ‘oh, you won it’.

“You win it to celebrate it, and I know Liverpool fans will celebrate like crazy, and other people will say ‘who cares’.

“I could not care less. You do not win to show the whole world we are here.

“You get it and then we will say it is nice. I don’t know if you can keep it or get a replica, but it would still just be nice to achieve something, doing it the best way you can.”

Klopp looks set to have Virgil van Dijk back in his side after the Dutchman missed the semi-final against Monterrey because of illness.

It means he is likely to name a full-strength side, unleashing his front three of Mohamed Salah, Roberto Firmino and Sadio Mane after the latter pair came off the bench to have an impact against the Mexican club.

Many players have spoken in recent weeks about how winning trophies is driving them on, having lifted their first piece of silverware with the Champions League in June.

Midfielder Adam Lallana this week described it as an “addiction” and Klopp said his players’ attitude has been first-class despite having to break from their normal routines.

“The Club World Cup winner, you don’t often get the chance to do that and for most of them, with the countries they play for, they never have a chance to win a World Cup. This, for me, is also the only chance,” said the German.

“They do not complain a lot. I never had to convince my team to come and play the competition.

“They were completely on fire from the first moment when they heard about it.

“You don’t write history beforehand, you do something and then everybody tells you later: ‘You wrote history’. But I have no clue whether it would be history.

“To be honest, that’s not my first concern. Winning it would be great—I don’t even know exactly how the trophy looks but I didn’t know that about the Super Cup either and that is a good example.”