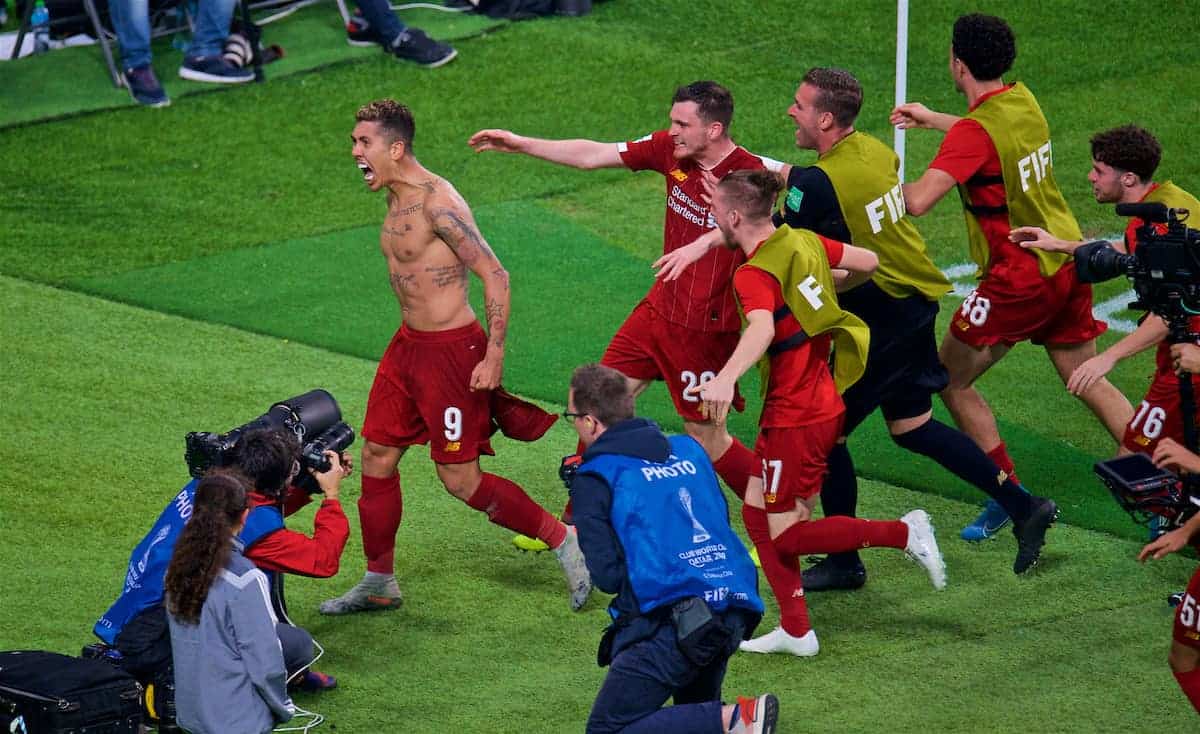 Liverpool Football Club are officially the best club team in the world after beating Flamengo in the Club World Cup final.

After naming a rotated XI for the semi-final against Monterrey, Jurgen Klopp was boosted by the return of Virgil van Dijk in order to name his best possible XI.

Flamengo, backed by a huge following who had travelled from Brazil, kept the same XI as their semi-final win over Al Hilal.

The Reds started in a confident fashion and Roberto Firmino had a superb chance inside the opening minute. Naby Keita went close soon after, and a long-distance strike from Trent Alexander-Arnold underlined Liverpool’s dominance early on.

But Flamengo grew into the game, aided by some absolutely appalling refereeing.

Joe Gomez made a superb block to deny Gerson for the Brazilians’ best chance of the first half.

Sadio Mane was booked just before half-time, having reacted to being held back by Rafinha, in an incident that summed up the referee’s incompetence.

Meanwhile, Keita was denied a clear free-kick on the edge of the box. 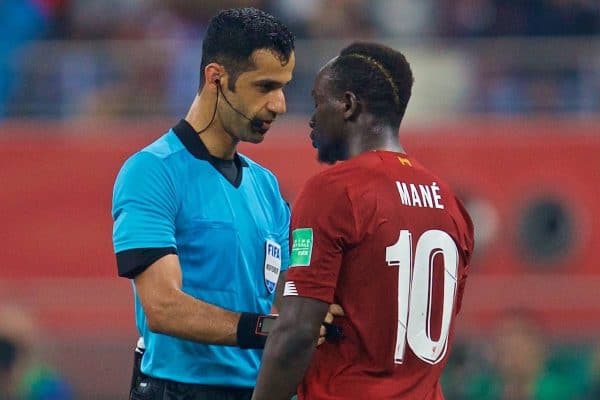 Much like the first half, the first chance of the second fell to Firmino after his excellent control, but his shot into the ground rebounded off the post and across the face of goal.

Liverpool were again dominant, and Salah had a chance from a Trent cross but flashed the opportunity wide.

At the other end, Alisson made a superb save low down to deny Barbosa.

There were few clear cut chances for either side thereafter until in the first minute of stoppage time Mane was brought down by Rafinha and the referee initially awarded a penalty. 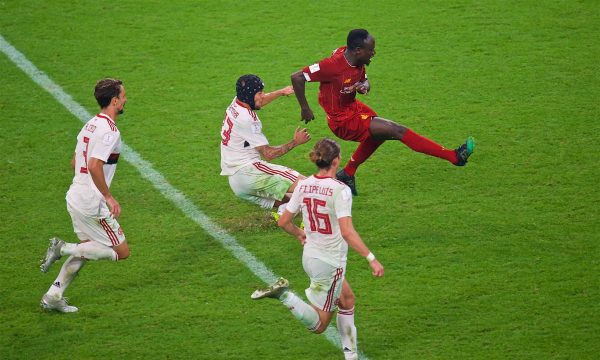 But after a lengthy VAR delay, the referee showed his complete incompetence by overturning the penalty and not even awarding a free-kick for Liverpool on the edge of the box. An absolute farce.

To extra-time we went. And again the first chance of the half went to Firmino – except this time he didn’t miss.

It was a wonderful counter-attack from Liverpool, started by an excellent Jordan Henderson pass to Mane, who then set up Firmino and he cut back inside and put it away. 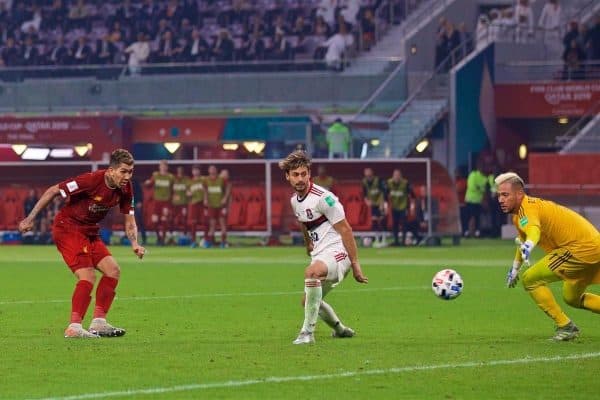 Flamengo continued to play for fouls and kick lumps out of Liverpool players as they tired in extra-time, with their goalkeeper (yes, goalkeeper) twice suffering from cramp with the score at 0-0.

The referee fell for the South Americans’ antics every time.

Liverpool stayed calm and professional to see out the game and become, officially, the best team in the world.

Next, the European and World champions seek to become Kings of England for a 19th time, with a trip to Leicester on Boxing Day in the Premier League title hunt.