Waking up on Christmas morning knowing Liverpool are top of the Premier League by 10 points and are European and world club champions is even better. And unprecedented.

Not only did the Reds win their first FIFA Club World Cup in Qatar – a country that left a mark on me as I woke up sunburnt on Christmas Eve with my face doing more peeling than yer Ma or Da in the kitchen before Christmas dinner – we’re also the first ever British club to hold the Champions League, UEFA Super Cup and FIFA Club World Cup at the same time.

Now the aim is to try to get a gold lion on the Reds’ Premier League shirt sleeves to wear for the whole of next season and Jurgen Klopp’s side can go a long way to achieving that over the next six games. 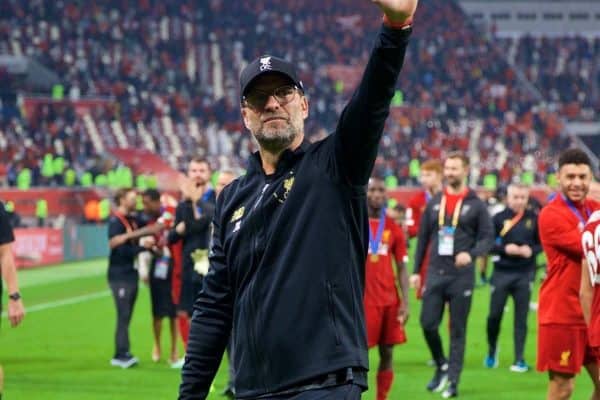 Between January 3 and February 4 last year Liverpool only won two of their five league games, losing at Man City and drawing with Leicester and West Ham. It was that spell that allowed City to get back into the title race an ultimately pip us to the title by a point.

This time around Liverpool head into the Christmas and January run of games with such a lead and in such form that they look unsurpassable, but all it takes is a couple of draws or even a defeat (for any new LFC supporters reading a defeat occurs when another team scores more goals than Liverpool over a 90 minute period), particularly to a title-rival like Leicester, and a few nerves will start to jangle.

Leicester away will be the toughest game of the season so far. Wolves are in good form and have only lost once away. Sheffield United haven’t lost an away game since January. There are no gimmees there, no easy three points to collect. So nine points from nine would be a superb return, a real statement of intent that Liverpool don’t just want to win the Premier League, but win it convincingly. 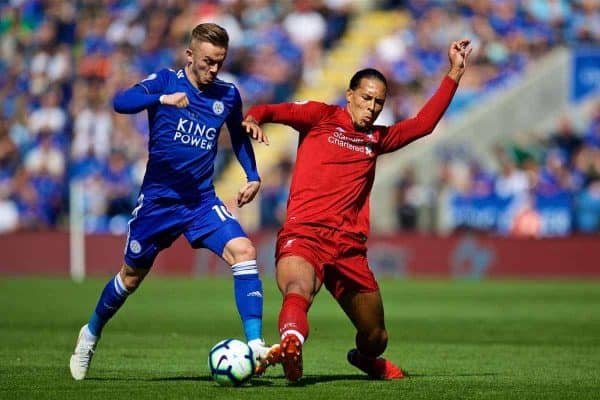 There’s also an unmentioned factor that I reckon will work in Liverpool’s favour – the fixture list. All three of those opponents, Leicester, Wolves and Sheffield United, play (or have played) Manchester City in the game directly before facing Liverpool. Remarkably, the same can be said about Everton before their FA Cup visit to Anfield.

I can’t be arsed going through the results of every team immediately after they’ve played City, but given Pep Guardiola’s side pretty much always dominate possession it takes a lot out of opponents’ legs when you come up against them.

So I imagine the very last team you want to be playing next after a clash with City is Liverpool, a team that are good in possession, relentlessly press and score so many late goals that it suggests they are both physically fitter, and mentally stronger, than any other team in the league.

Perhaps it won’t affect Leicester as much given the five-day gap between games, but Wolves and Sheffield United are going to be in for quite a test at Anfield where Liverpool have won every Premier League game this season by scoring at least twice.

Plus, if Liverpool do win at Leicester, on the back of becoming Club World Champions – and whatever you think of the prestige of that tournament the players are absolutely buzzing about winning it – then I can see the momentum they have built carrying them through Christmas and January into a position where the chasing pack will need binoculars to see them.

But let’s not get carried away. There’s a lot of football to be played and plenty of hurdles to overcome if Liverpool are to be Premier League champions in 2020.

Merry Christmas to you all. And cheers for reading in 2019.