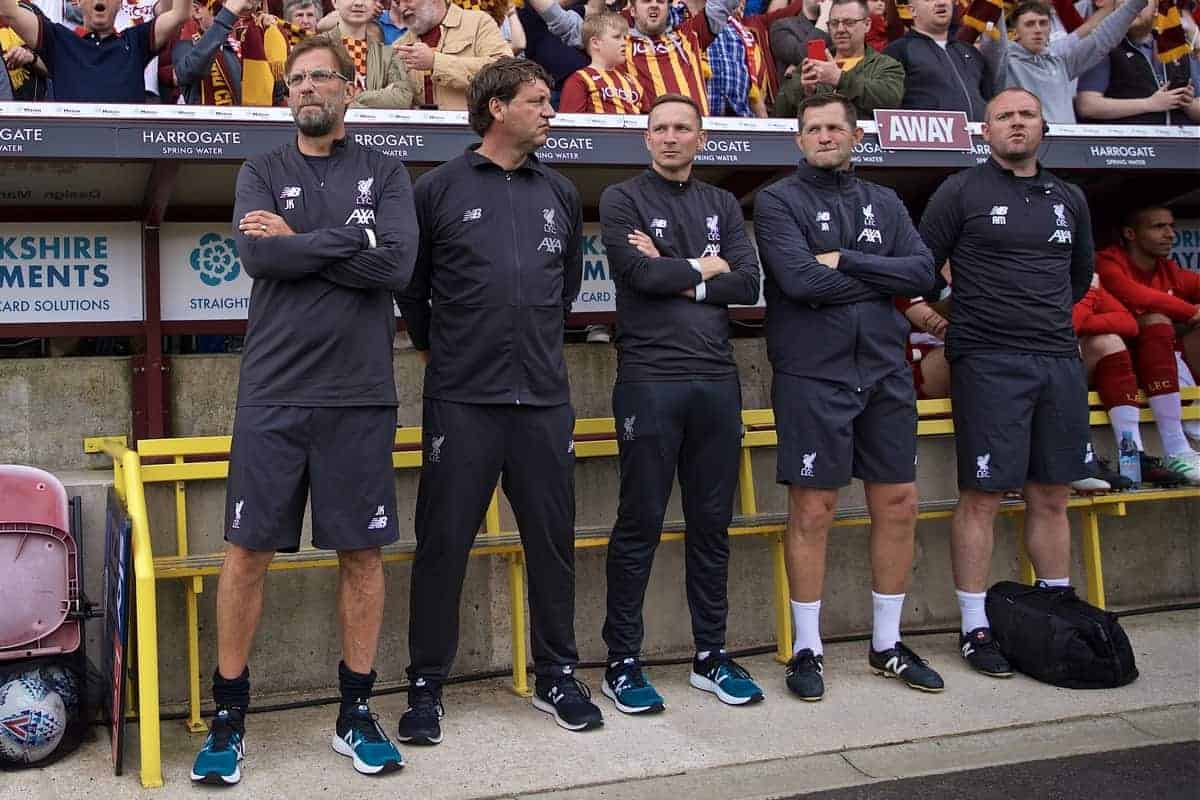 Liverpool are set to lose their head of medical services Andrew Massey to FIFA, with the Northern Irishman to leave his post after six-and-a-half years.

Massey joined the Reds in 2013 as an academy doctor, before being promoted to the first-team setup the following year, then taking on the focal role.

He has been a key member of Jurgen Klopp‘s backroom staff since the manager’s arrival, and takes his place in the dugout on matchdays to assist with injuries.

But as revealed by Training Ground Guru, Massey will leave Liverpool on March 1 to become director of medical at FIFA.

Massey’s departure will require a qualified replacement, and it could be that this has already been arranged given his lengthy notice period, with three-and-a-half months left in his post.

Klopp has overseen an overhaul of the club’s medical staff in recent years, with Andreas Kornmayer appointed head of fitness and conditioning in 2016, while Philipp Jacobsen arrived as medical rehabilitation and performance manager.

Conall Murtagh was promoted to first-team fitness coach in 2017, too, with the 34-year-old regularly joining training sessions at Melwood.

Another to join during Klopp’s reign, Christopher Rohrbeck, has worked closely with Massey since his switch from Mainz in 2017 as first-team physiotherapist, as with Richie Partridge, who took up a senior role in 2016.

Liverpool have typically succeeded in earmarking replacements and new additions to staff of late, and the hope will be that Massey’s exit is not felt too heavily.

Massey has travelled with the first team for the Club World Cup in Qatar.