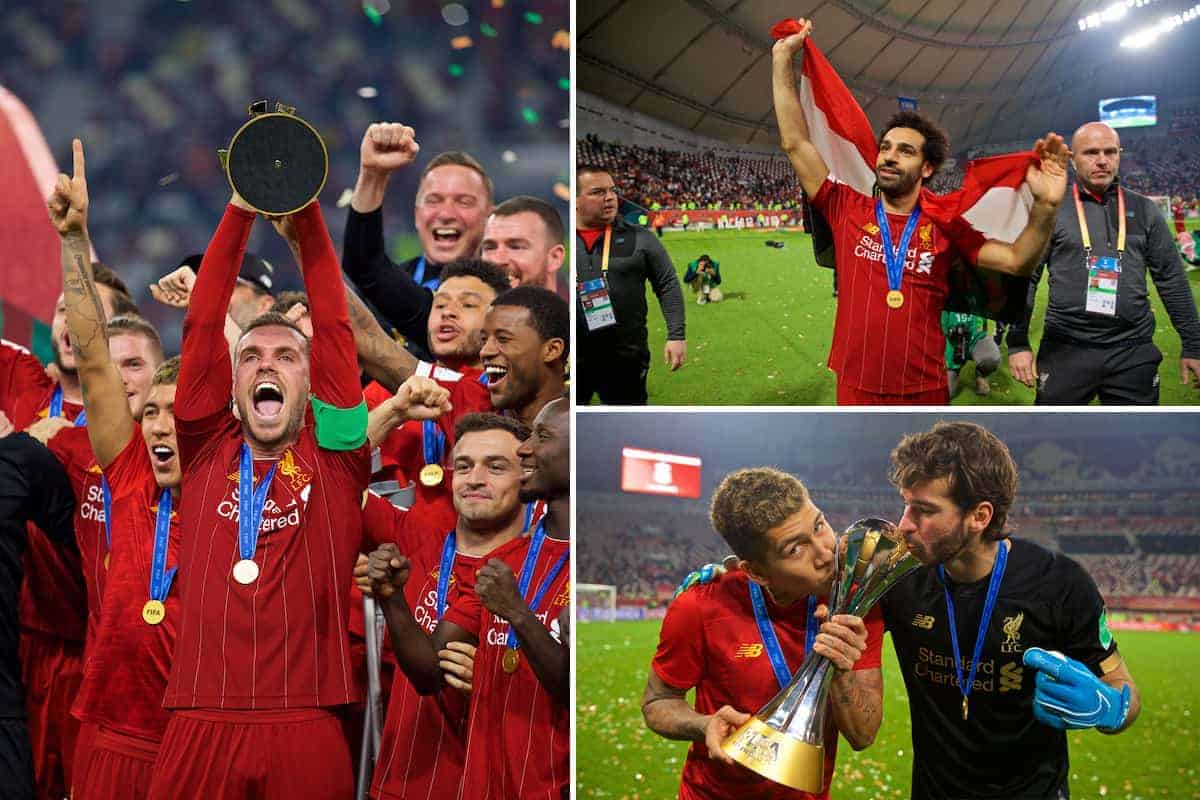 The match was largely forgettable, the result definitely not: Liverpool are world champions for the first time after beating Flamengo in Qatar.

The Reds stood on the brink of history, not only for themselves but also for the rest of Europe.

The Club World Cup title is Liverpool’s first, but it’s also the first time a club from England has won the sweep of the Champions League and Super Cup along with it.

The game went to extra time, Roberto Firmino went close in the 90 as he hit the post before Sadio Mane was fouled in the last minute of normal time.

However, the referee changed his mind after viewing the pitchside monitor and awarded a free-kick to Flamengo.

Just one instance of a crazy amount of poor decisions from referee Abdulrahman Al Jassim, who lost control of the fixture in the first half.

But, like in the semi-final, it was Firmino who came up trumps again—a smart finish under pressure sealed Liverpool’s intercontinental crown.

A sensational pass from Jordan Henderson found Mane, who spotted his Brazilian team-mate in space; seconds later Liverpool had their goal. 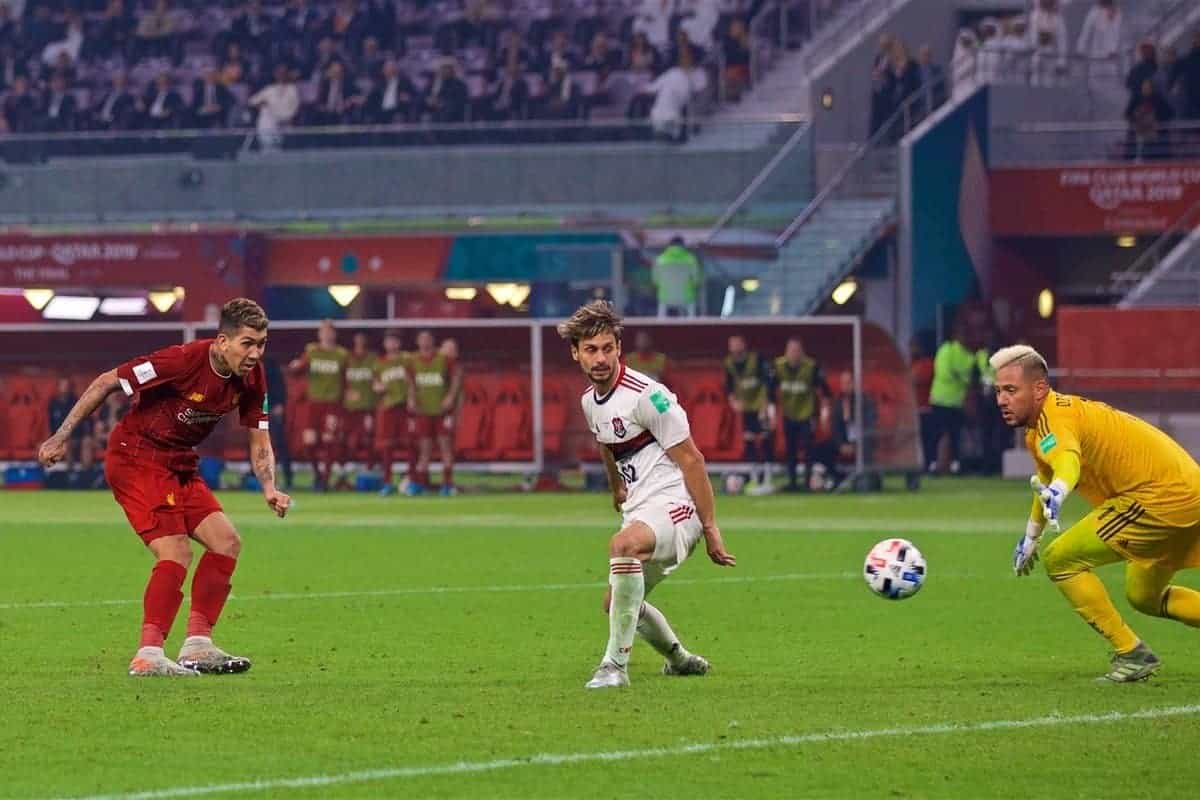 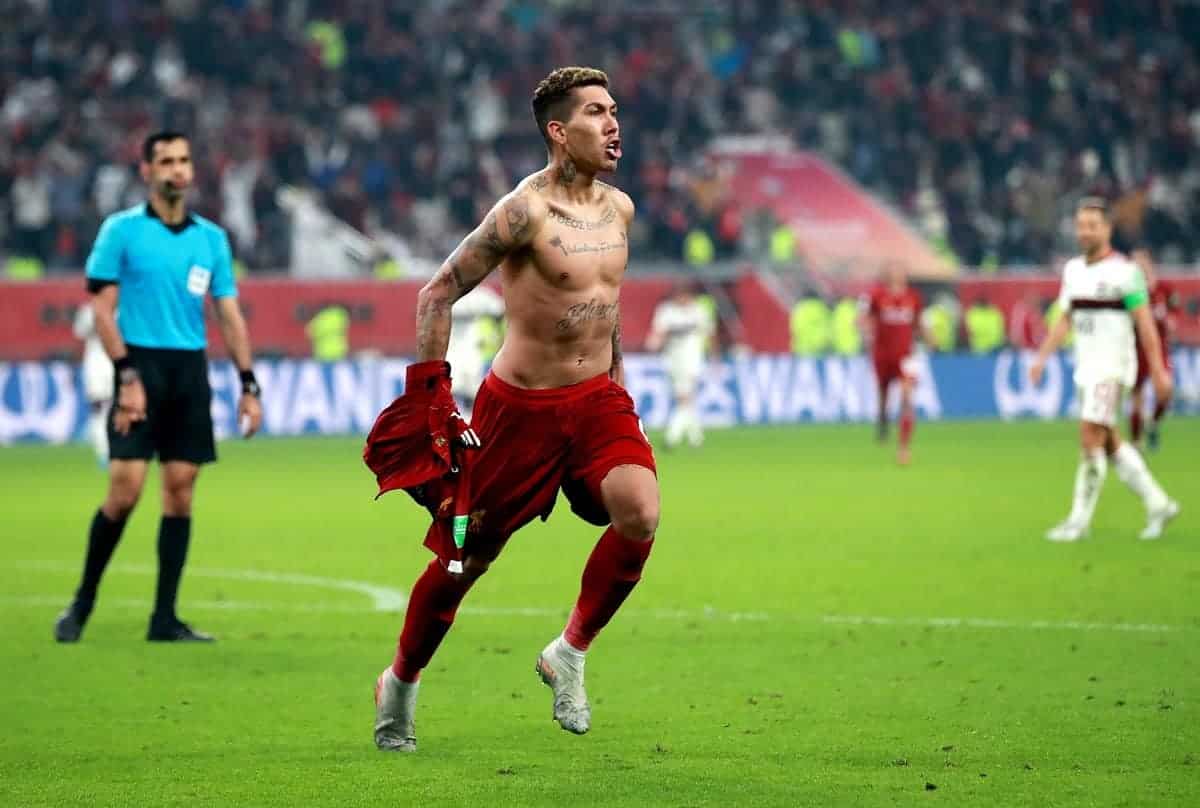 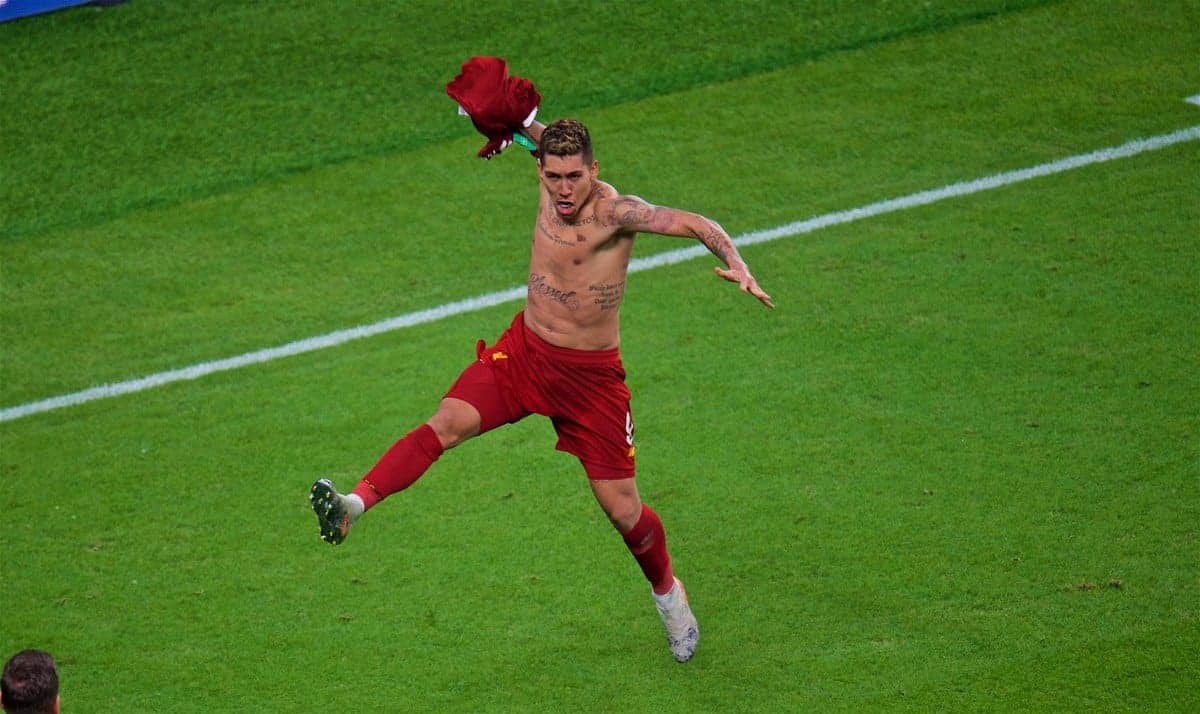 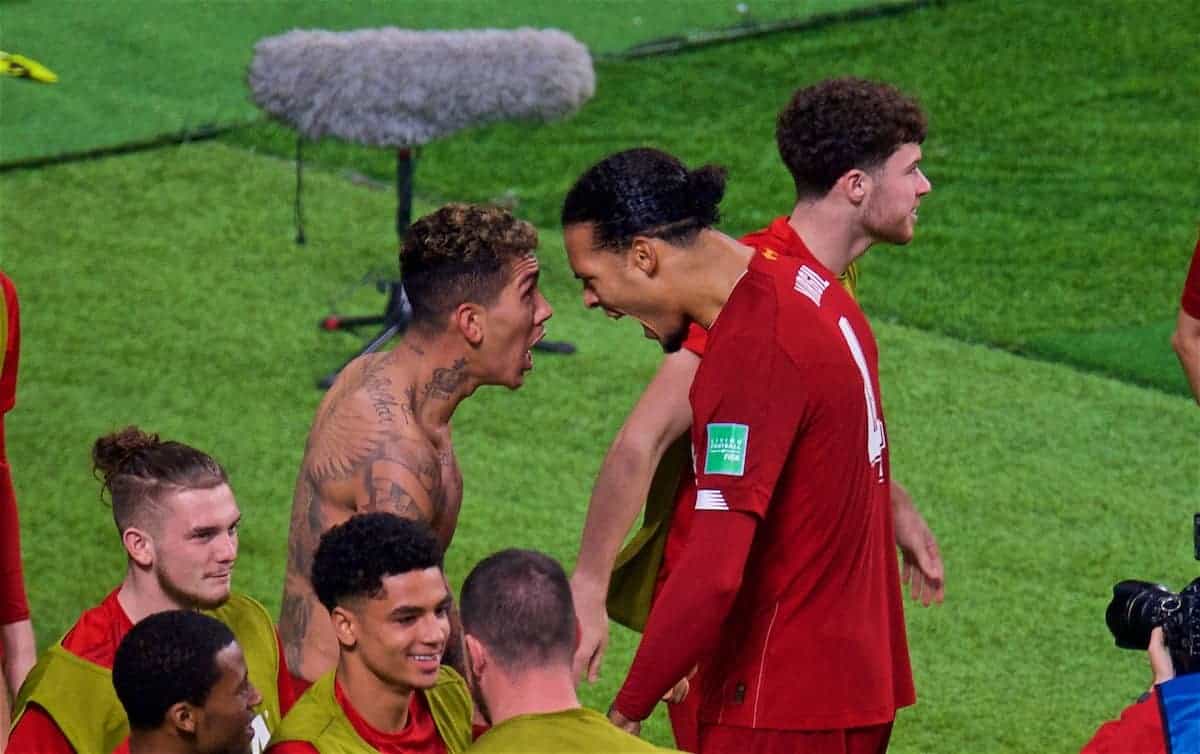 The goal deflated Flamengo, but they still fashioned one final chance—thankfully Lincoln fired high and wide from 10 yards, and 60 seconds later the Reds were crowned world champions. 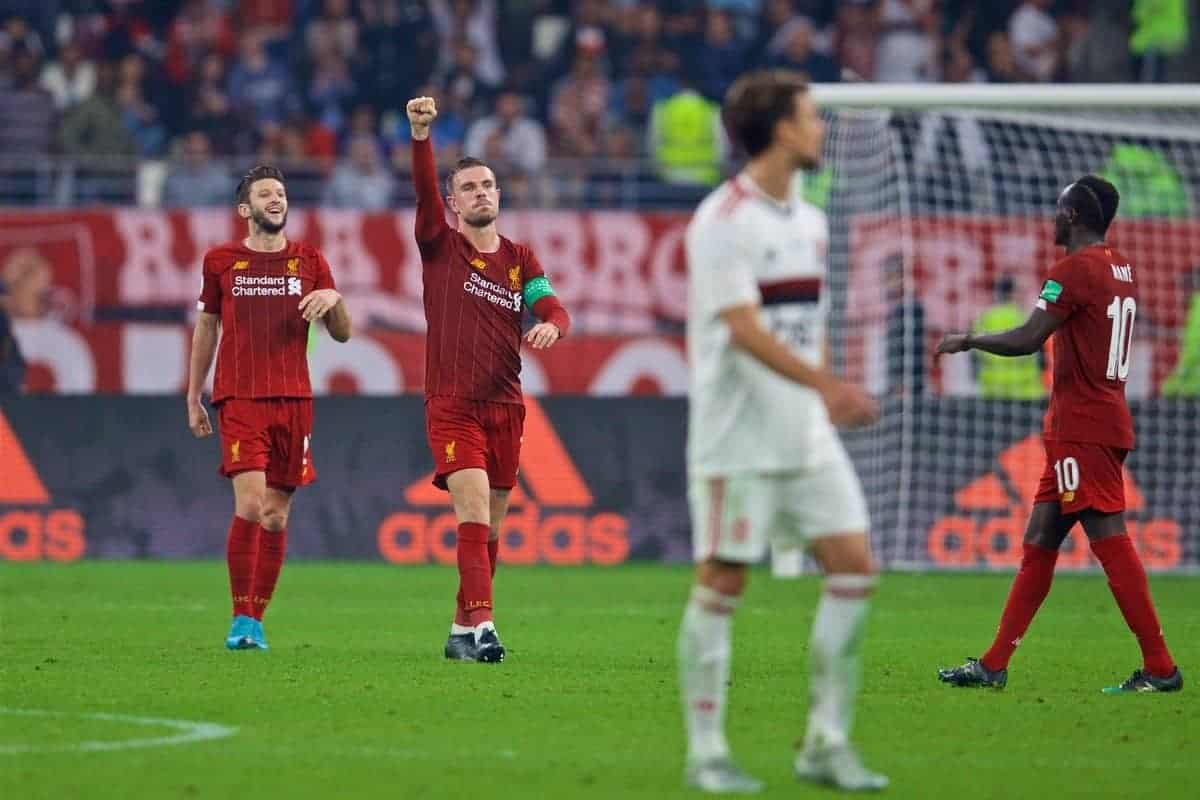 Henderson showed his moves once again, the Liverpool captain danced yet another jig to accompany the ones seen in Madrid and Istanbul this year; trophy lifts have become a habit in 2019. 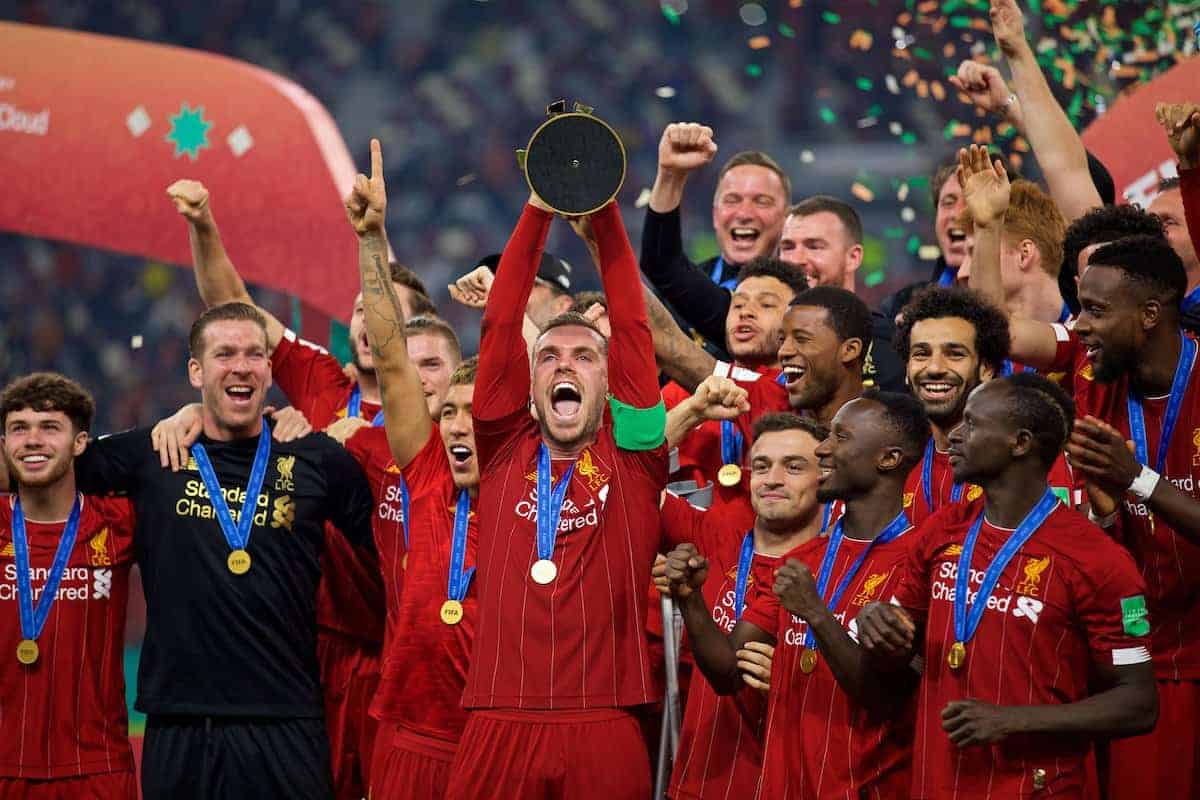 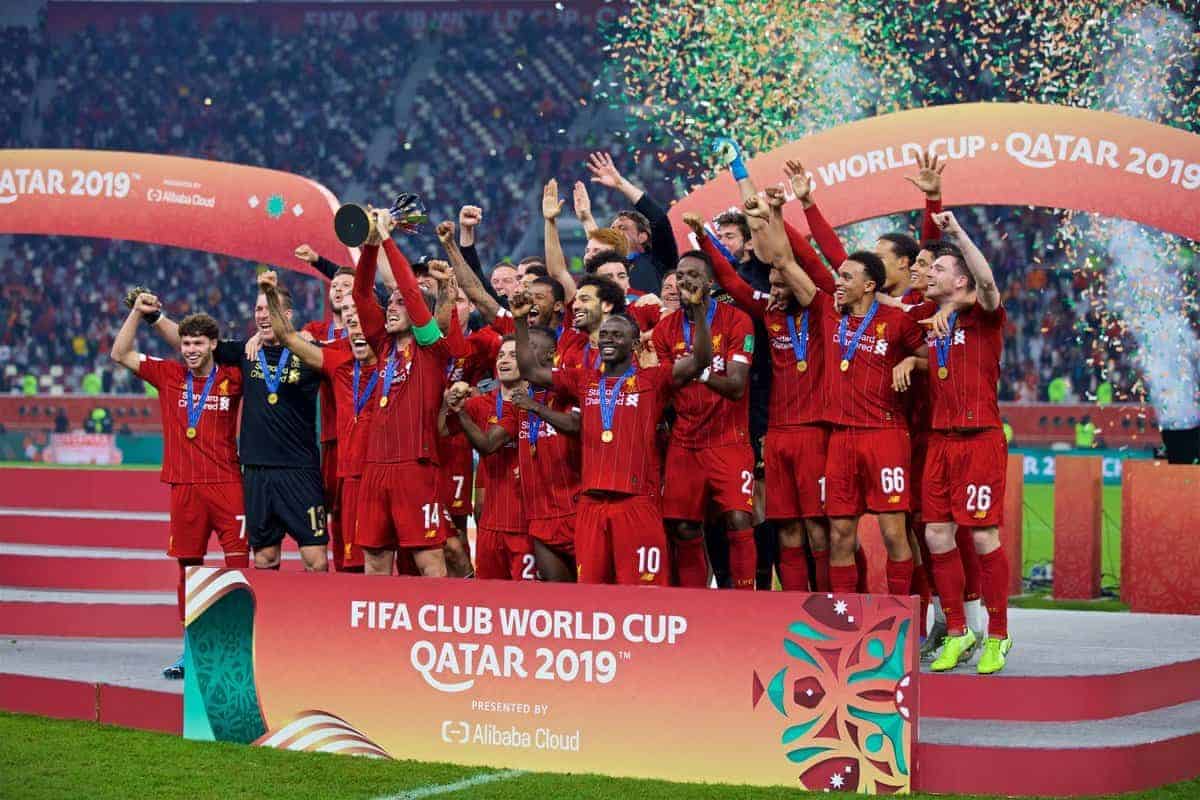 Sheer jubilation followed as the Reds ran around with their medals showing proudly once again. 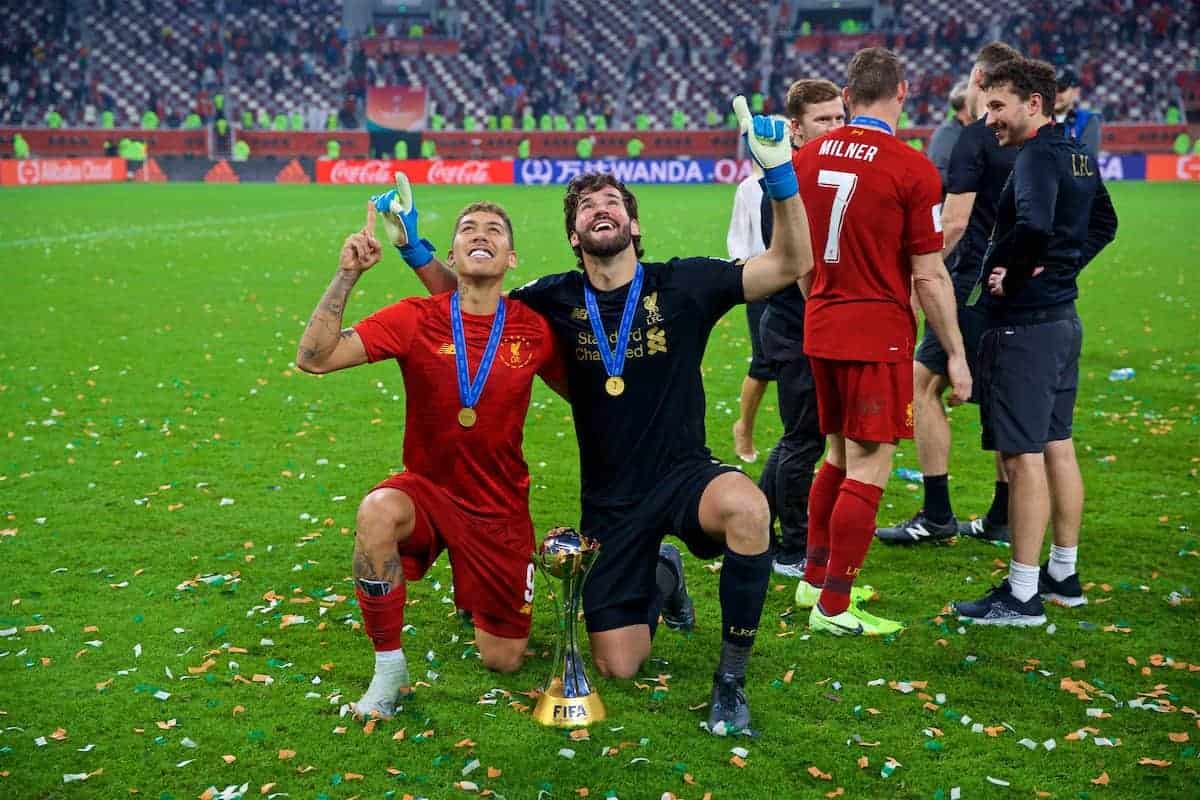 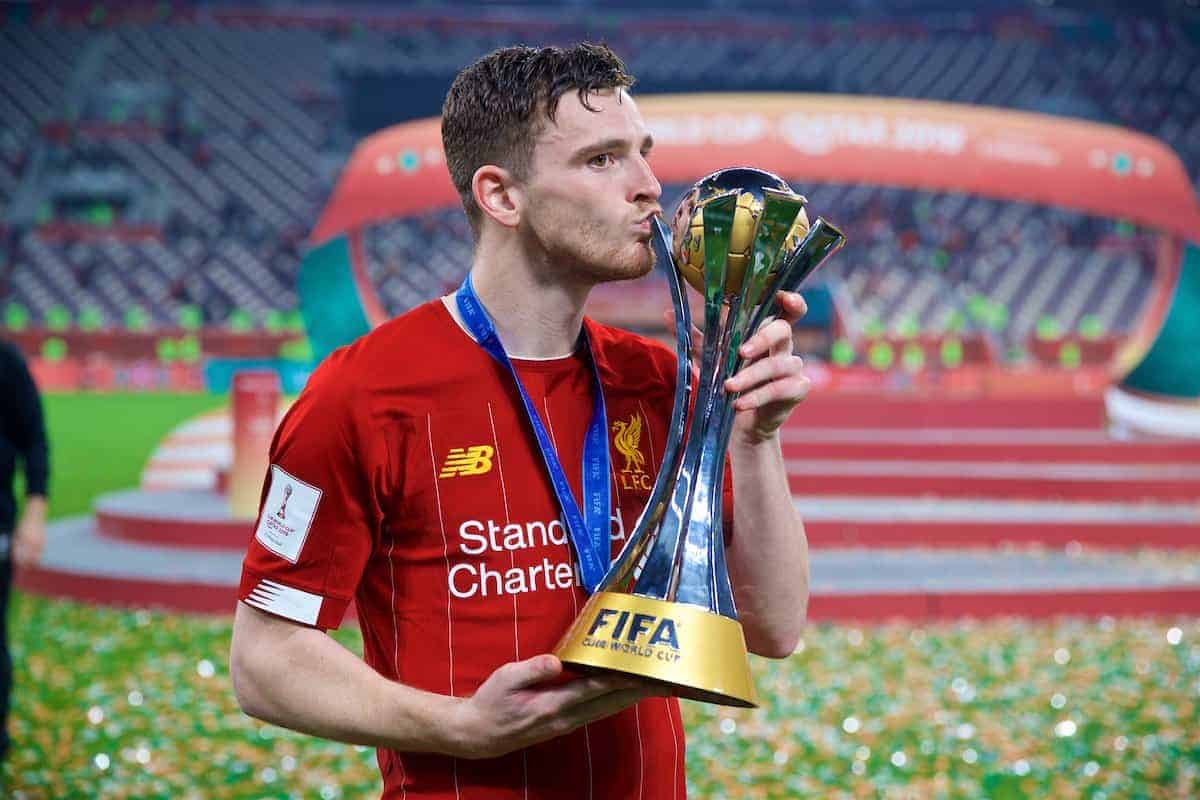 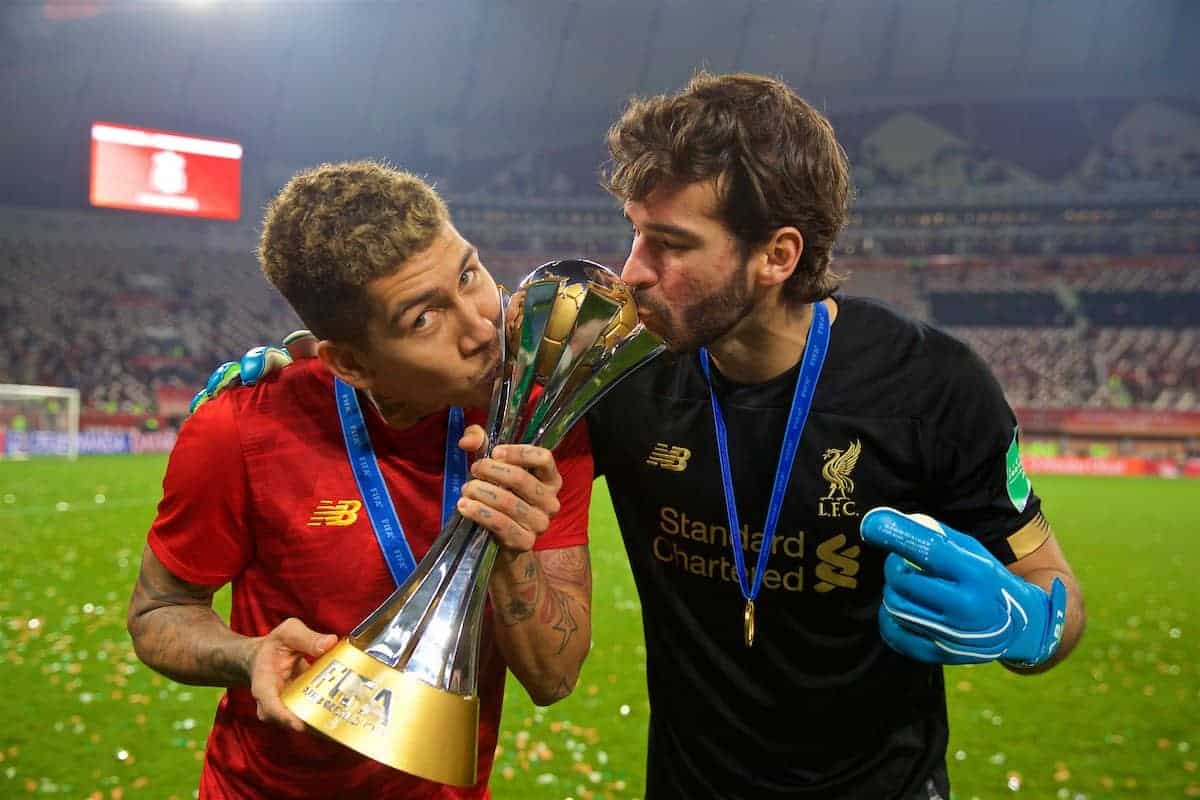 Mohamed Salah was crowned Player of the Tournament, a popular decision with those in the stadium and the Egyptian posed with his national flag inside the Khalifa International Stadium. 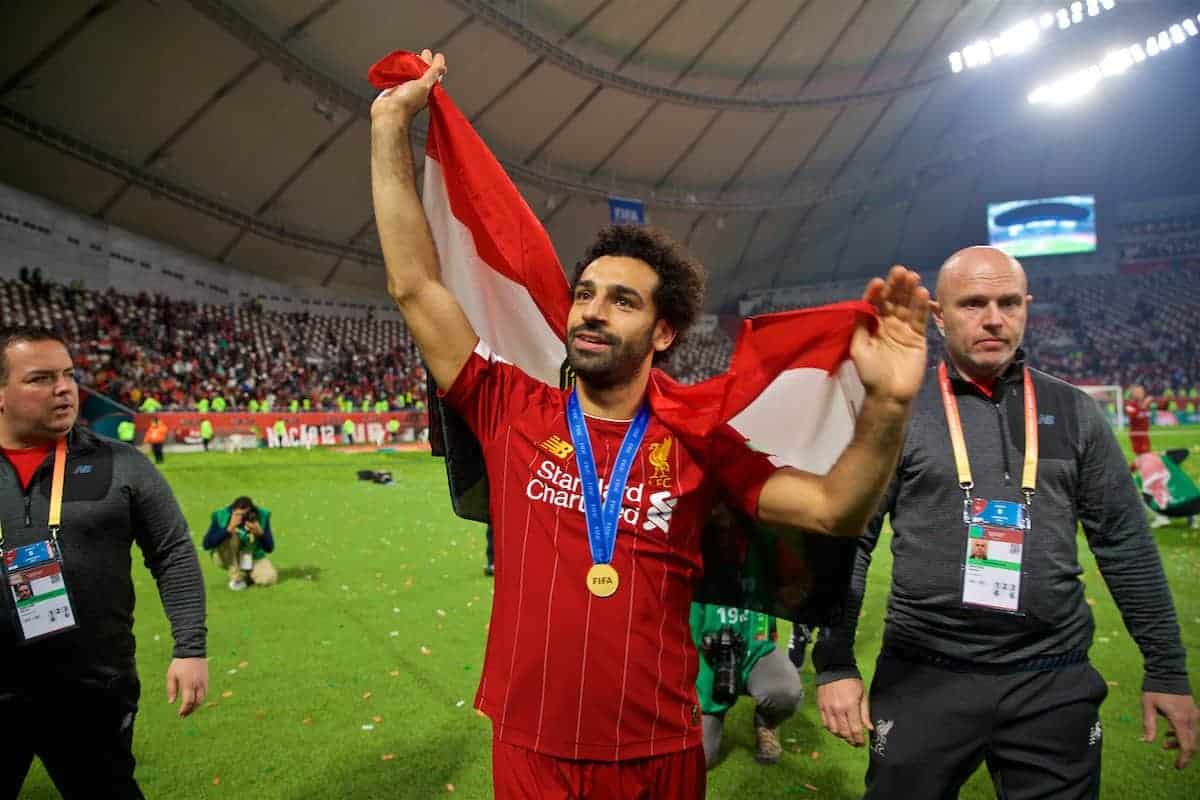 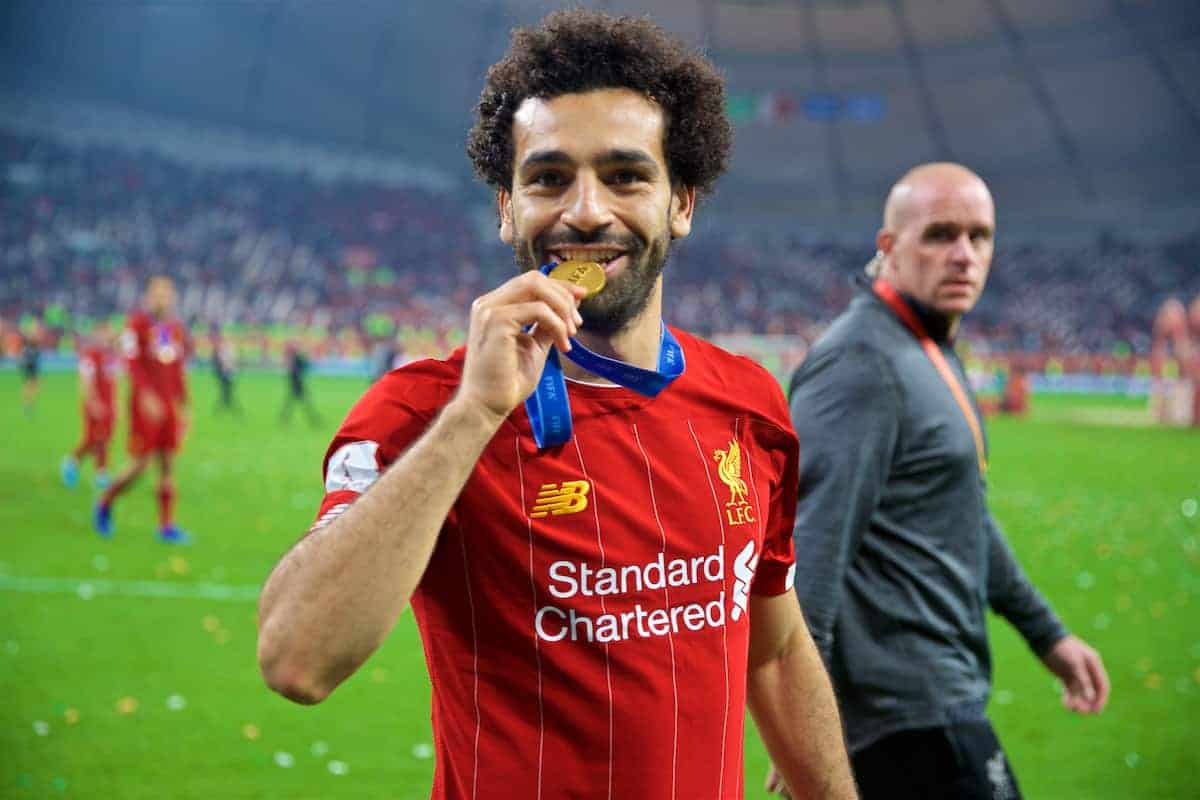 And what of the coach they called a ‘bottler’? Well, Jurgen Klopp gets his hands on yet another trophy as Liverpool boss. 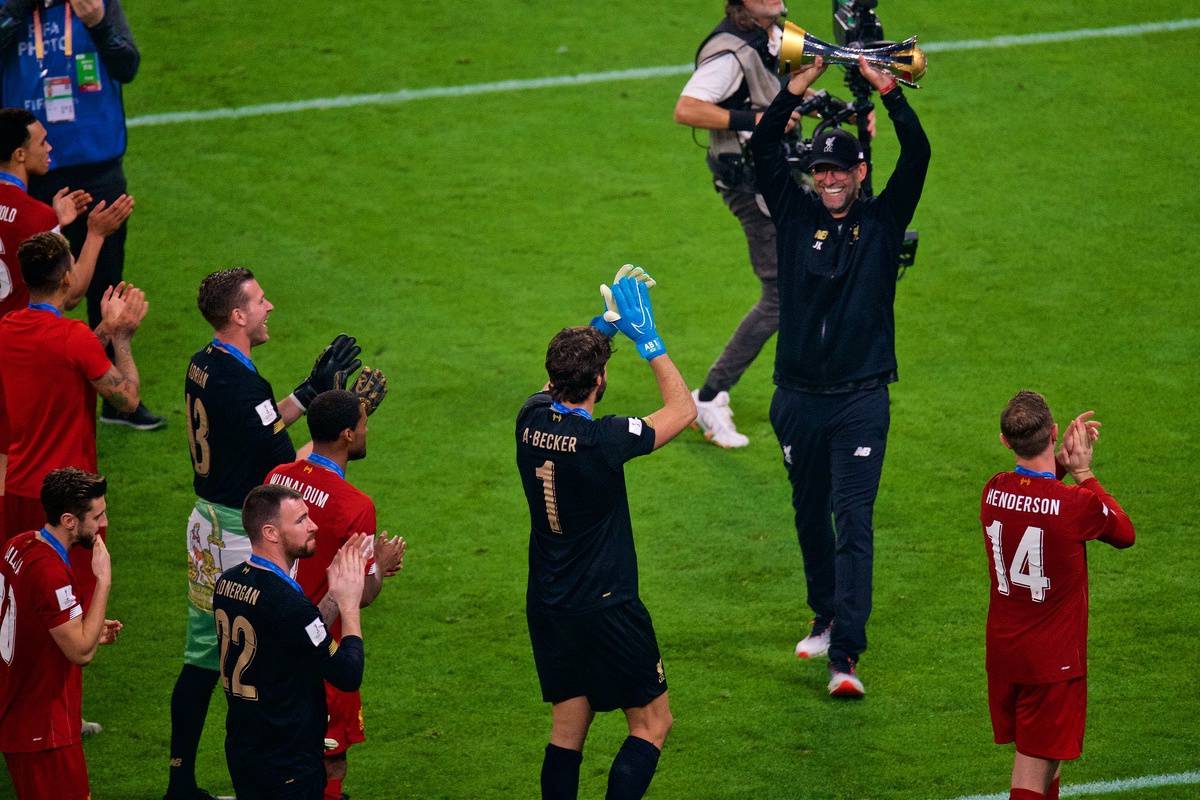 For the Reds, there’s just enough time to fly home and celebrate Christmas before they take on Leicester at the King Power.

One last trophy to get this season, the world champions are on the march.