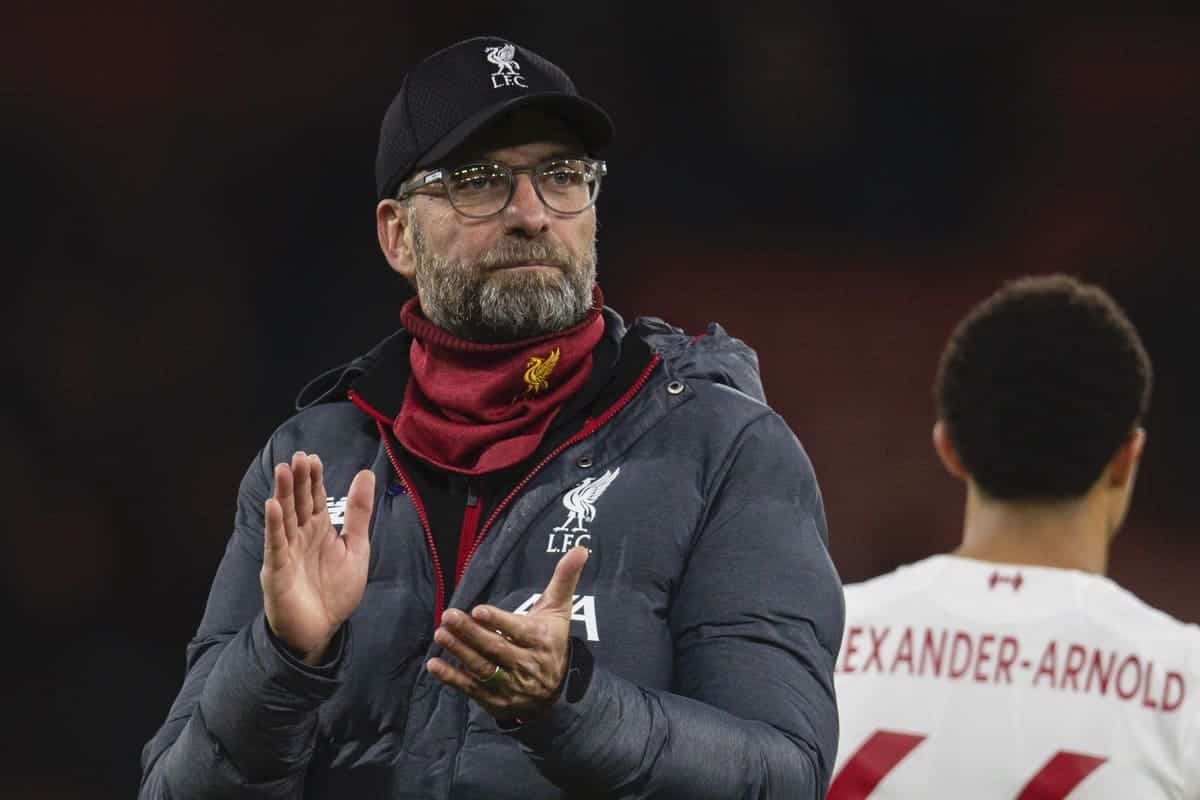 Jurgen Klopp hailed a “professional and mature” performance after Liverpool continued their relentless march to a first title in 30 years with a comfortable 3-0 win at struggling Bournemouth.

Goals from Alex Oxlade-Chamberlain, Naby Keita and Mohamed Salah in a devastating 19-minute spell either side of half-time saw the Reds make it 33 Premier League games unbeaten to move 11 points clear at the top of the table.

Bournemouth’s cause was not helped by a hamstring injury to key defender Nathan Ake moments before Oxlade-Chamberlain’s opener, while Cherries striker Callum Wilson limped off in the second half on a miserable afternoon for Eddie Howe’s out-of-form hosts.

With a commanding three-goal lead after 54 minutes, Klopp was afforded the luxury of not taking unnecessary risks as he negotiates a packed December fixture list and interest in five different competitions.

Asked if it was a perfect day, the Liverpool boss replied: “Yeah, it was, 100 percent.

“I really feel for [Howe] because you can lose against us, obviously that can happen, but losing Ake and Wilson in the same game is of course a major blow.

“We scored wonderful goals, we had more chances, did really well, were really uncomfortable to play [against].

“From 3-0 on we controlled the game absolutely and nothing really happened anymore.

“The players didn’t like it too much, they wanted to be really loud in these moments, but I didn’t want to see any unnecessary risk.

“It was maybe not the most exciting but necessary. It was an absolutely super performance, super individual performances and the team performance was just really mature and professional, just what we needed.”

The German opted to give Sadio Mane a well-earned rest on the bench, while Divock Origi was also given a breather following his heroics against Everton as the Reds cantered to a first clean sheet in 14 games, without conceding an attempt on target.

The only sour note on the south coast came when defender Dejan Lovren had to be replaced by Trent Alexander-Arnold in the 40th minute.

Klopp, who was also without Georginio Wijnaldum and Adam Lallana because of minor issues, does not believe the Croatian’s injury to be severe ahead of Tuesday’s crucial Champions League clash with Red Bull Salzburg.

“You don’t always know exactly but it looks not too serious, it looks like a bit of cramp,” Klopp said of Lovren.

“It’s similar to Gini Wijnaldum and Adam Lallana, not serious but serious enough to keep them out.

“We have two days to make sure that they can go again. I don’t know 100 percent.”