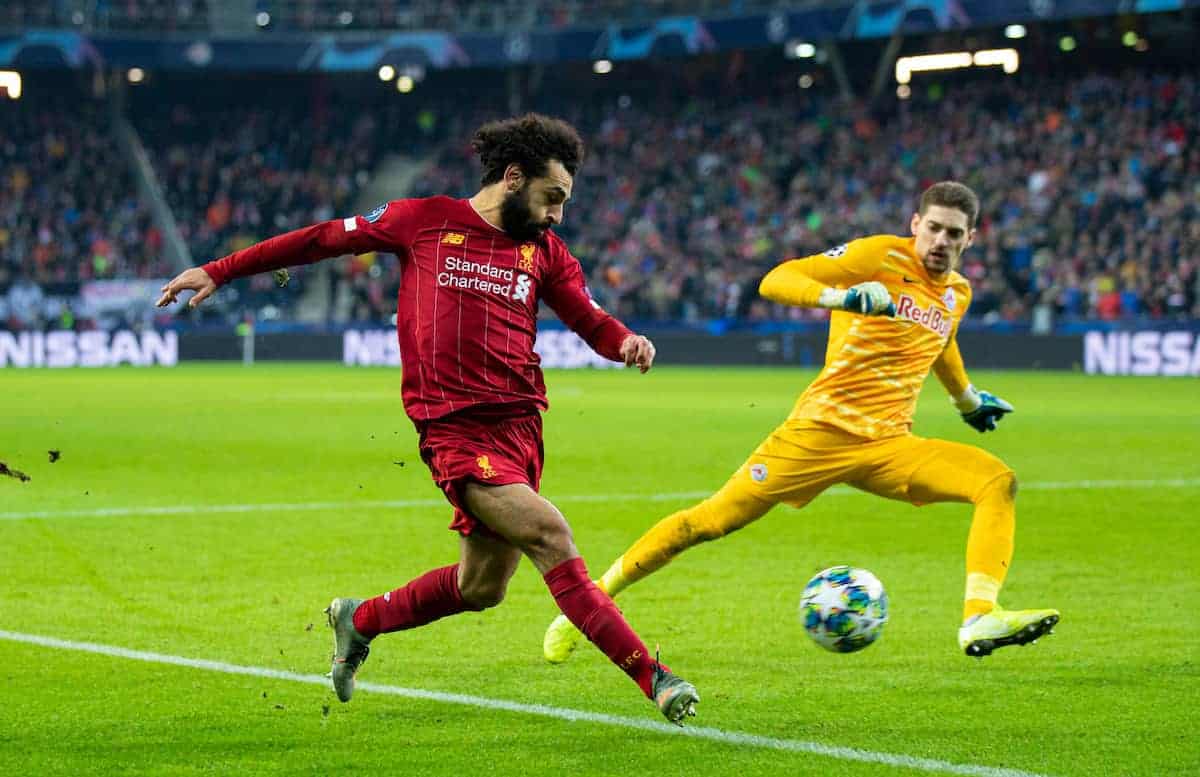 Liverpool’s winning ways continued as they hit Salzburg for two to secure their place in the knockout stages of the Champions League.

The Reds made three changes for their all-important clash with Salzburg, with Jurgen Klopp opting for his strongest possible side in the knowledge that a point, at the very least, would secure a spot in the last 16.

Salzburg, meanwhile, required all three points to avoid dropping into the Europa League and entered the clash full of confidence in front of goal after notching 15 from their last five games.

And while the opening to proceedings saw both sides trade blows in the final third at a frenetic pace, neither could land the decisive blow.

Naby Keita, Sadio Mane and Mohamed Salah all had their chances as the Reds continually threatened on the counter, while at the other end of the field Alisson more than played his part in keeping the hosts at bay.

After the interval, however, the Reds started to flex their muscles and Keita would go on to break the deadlock after a pinpoint delivery into the box from Mane saw Liverpool’s No. 8 rise uncontested to head home.

And despite missing a number of clear cut chances, Salah would go on to double the lead with a sublime finish from the narrowest of angles – setting the Reds up for a deserved victory on the road.

Klopp’s chargers would effectively shut Salzburg out, and could have added to their tally on more than one occasion, to end the 90 minutes as Group E winners and a place in the Champions League knockouts for the third successive season.