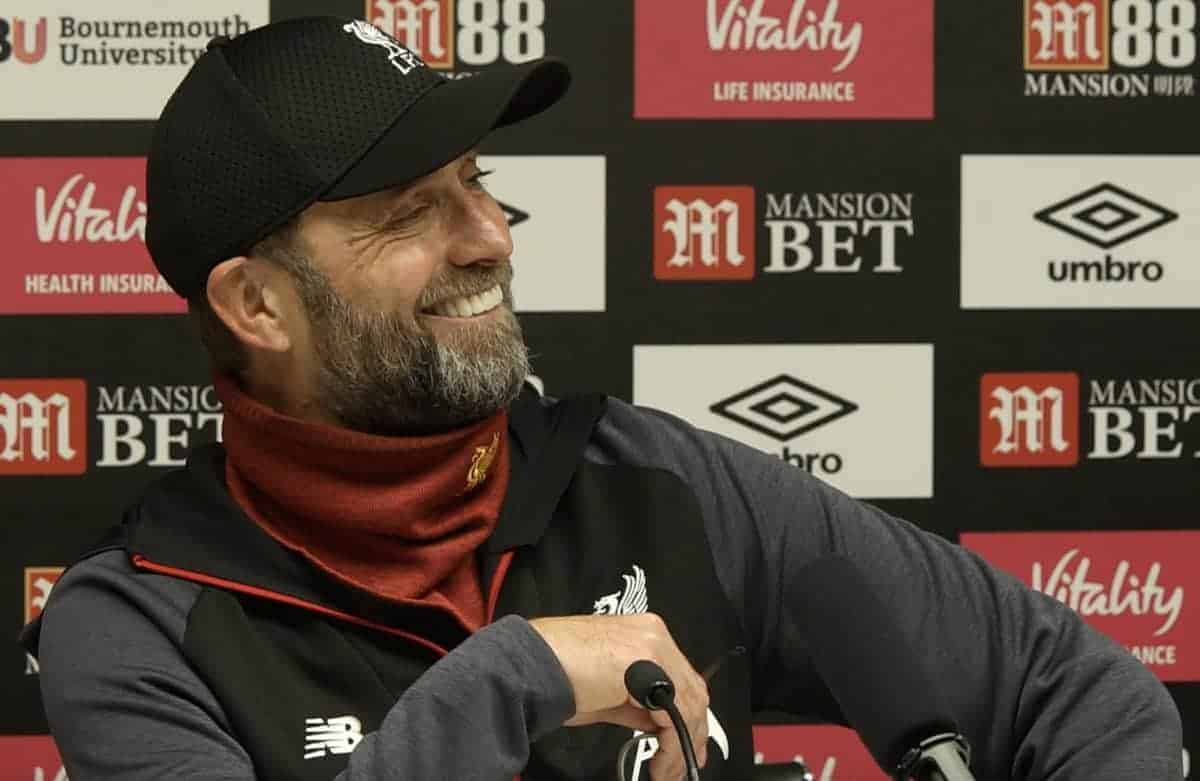 Jurgen Klopp praised his side for their maturity in controlling the lead as they surged to a 3-0 victory at Bournemouth on Saturday.

The Reds were faced with a tough task at Dean Court until Nathan Ake’s hamstring injury late in the first half, with Alex Oxlade-Chamberlain breaking the deadlock soon after.

That set in motion a free-flowing performance from the visitors, with Naby Keita and Mohamed Salah adding to the goals and Liverpool settling for three points and a rare clean sheet.

Energy-preservation was a key topic for Klopp in his post-match press conference, as he praised his players for seeing the game out.

“We had so many games now we had to chase until the last second,” he told reporters at Dean Court.

“When you have this really rare comfortable situation when you’re 3-0 up you really should control the game.”

The manager also praised a number of individual performances, with Keita, Salah and Joe Gomez singled out, while he added that the key positive was “especially how we controlled it from midfield.”

A first clean sheet in 14 games, and over two months, was obviously a focus for the squad.

That next game is a Champions League decider at Salzburg on Tuesday night, but there is no indication yet whether Dejan Lovren will be fit to feature following his first-half injury.

However, Klopp was optimistic over his fitness, with the initial diagnosis being “a little cramp.”