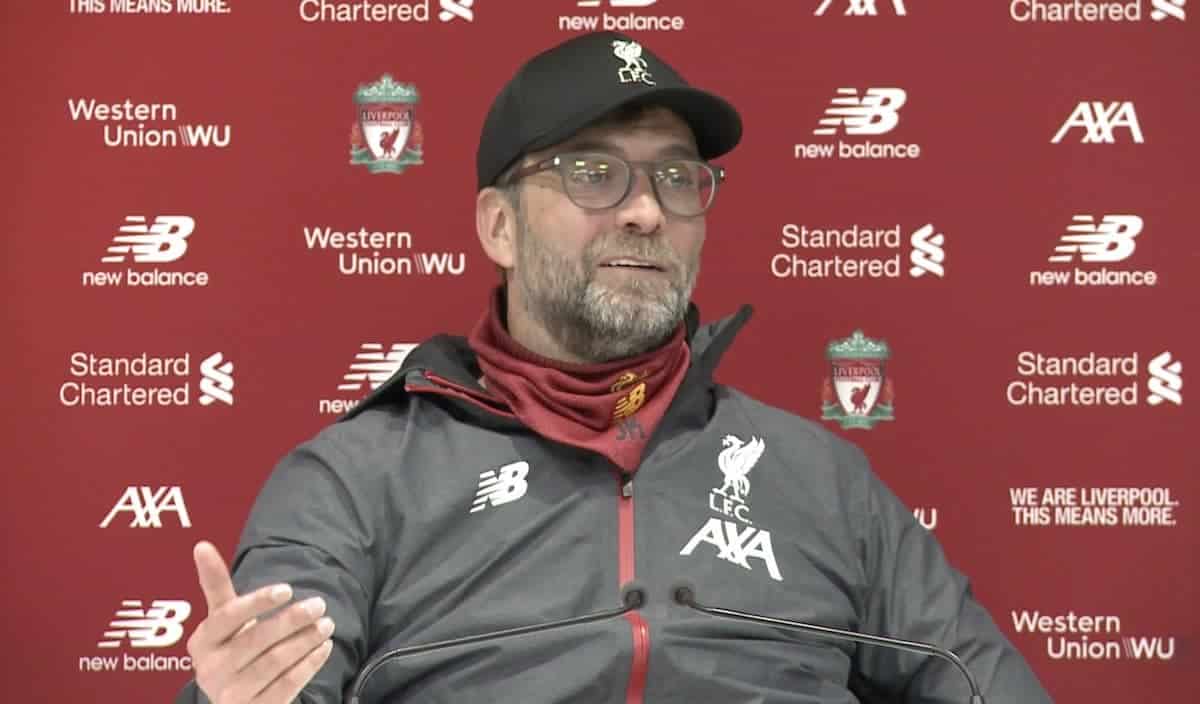 Liverpool boss Jurgen Klopp insisted his are only halfway there after his side beat Wolves 1-0 to end 2019 13 points clear at the top of the Premier League table.

“I couldn’t be more proud with what the boys did to get over the line,” said Klopp after Liverpool fought to a hard-earned three points against a side who beat Man City just two days earlier.

Sadio Mane‘s first-half strike ultimately proved to be the only goal of the game, but it was a massive team effort from the Liverpool players.

Klopp reserved praise for two of the midfielders, saying: “My God, Adam Lallana and Gini, what they did today, effort-wise….”

Despite being 13 points clear and with a game in hand after 19 games of the 38-game season, Klopp insists it’s only a job half done.

“The 19-20 season is not over,” he said. “We are halfway there and the next 19 games will be like this tonight; every team will fight with all they have and we have to be ready. Who cares about points in December?”

Klopp was later asked about his side’s seemingly unassailable lead but insisted that “our fans our exactly like the team, they are not interested in the moment, they don’t want to celebrate now.”

“It’s all about belief, if you would not be confident you would be confident, but it’s not about knowing it’s already done. That’s just a game with the media.”