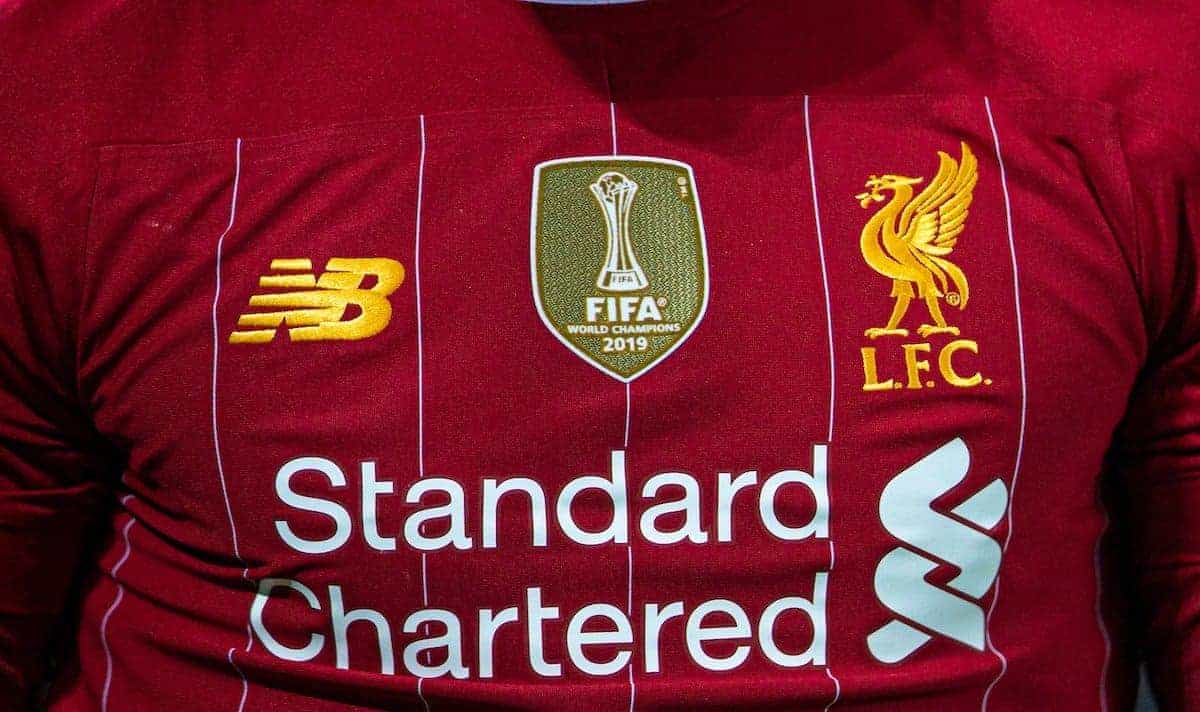 Liverpool’s shirt for the home match against Wolves sported the FIFA World Champions badge and now you can get the coveted gold badge on your kit.

For reasons unknown to literally anybody, the Premier League will not allow the Reds to sport the badge on their kit and only allowed it vs. Wolves as a one-off after the club appealed for it to be worn in the first home game following their FIFA Club World Cup victory.

Quite why the Premier League wouldn’t want to showcase that one of their clubs are officially the best club side in the world is beyond us.

Alas, UEFA are far more logical and Liverpool will wear the badge for all their Champions League games while they are the holders of the title.

And the good news for fans is that they can now pre-order the home kit with the iconic badge on it. 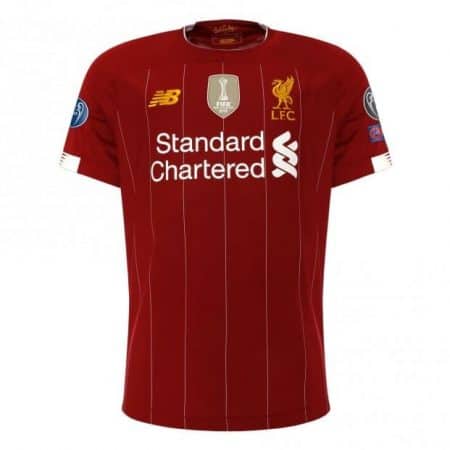 It will also have the ‘6’ Champions League badge on one sleeve and a ‘2019’ winners badge on the other sleeve, making this a unique collector’s item for any Red.

If you pre-order now from the official LFC store, it will be delivered the week commencing January 13.

The Reds re-start their Champions League campaign away Atletico Madrid on February 18, with the next time the badge will be worn at Anfield in the second leg tie on March 11.

* You can purchase the unique kit from the official LFC store here.