Jurgen Klopp‘s side knew they could pull 16 points clear at the top of the table following Man City‘s 2-2 draw with Crystal Palace.

The Reds duly obliged, picking up yet another huge victory.

Van Dijk powered Liverpool in front with a first-half header, before Roberto Firmino was unfortunate to have a goal disallowed soon after.

United looked for an equaliser during a nerve-shredding finale, but Mohamed Salah sealed the win in the dying seconds. 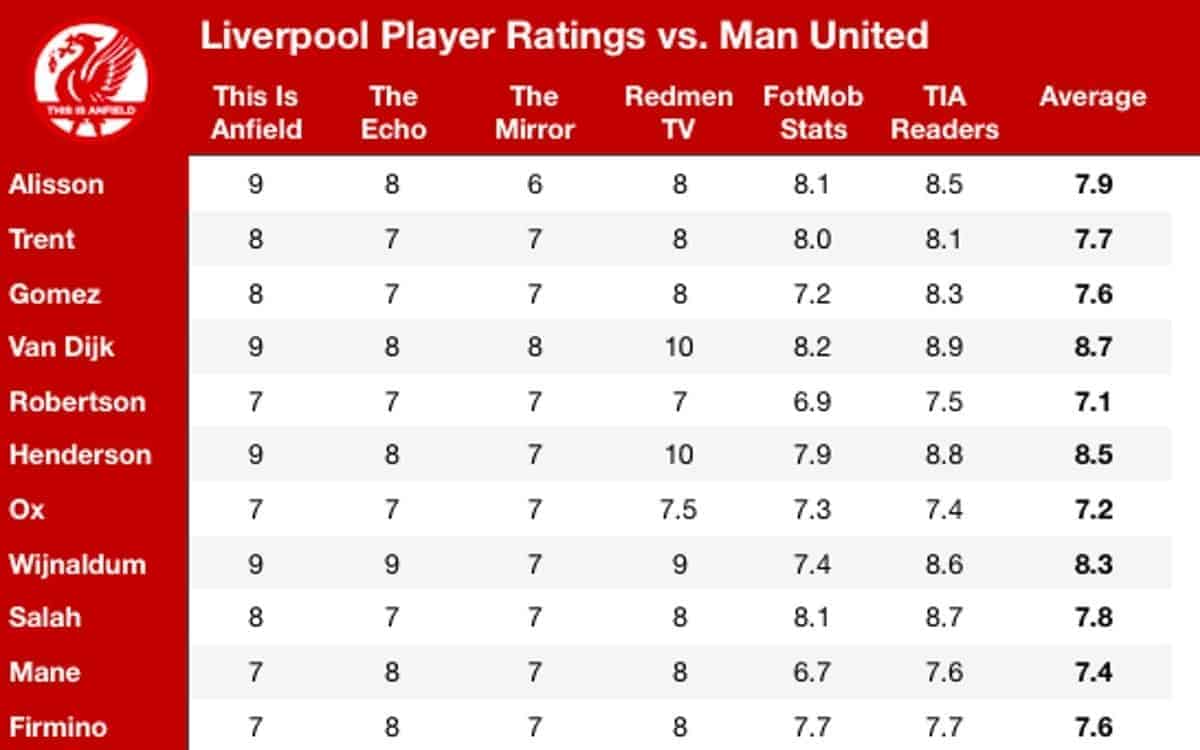 Van Dijk (8.7) received the highest average rating, following yet another fantastic performance at the heart of Liverpool’s defence.

Not only did the Dutchman score the opener—his fourth goal of the season—but he marshalled the troops, making huge clearances late in the day.

This Is Anfield’s James Nalton gave Van Dijk the Man of the Match award, calling his display “imperious,” as well as lauding his heading ability.

Ian Doyle of the Echo was another who showered the 28-year-old with praise, hailing his “use of possession” in particular. 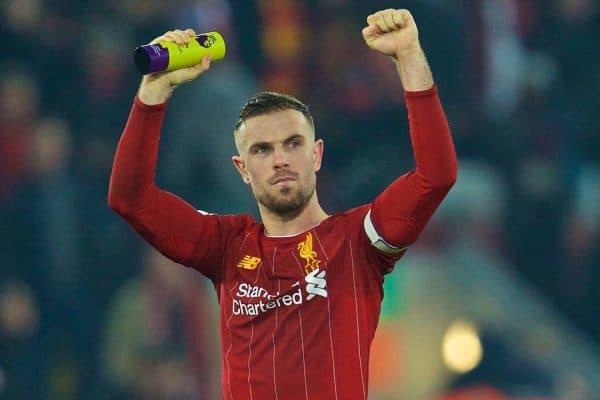 Henderson (8.5) is in the best form of his Liverpool career and he was second only to Van Dijk in the averages.

The Redmen TV gave the skipper a perfect 10-out-of-10 rating, explaining that he was “imperative in the press” and “composed going forward.”

The Mirror‘s John Cross felt it was “another top display” from Henderson, whose game has gone up a significant gear in recent months.

In third place was Wijnaldum (8.3), who produced another complete midfield performance.

Doyle went as far as to say that he was “truly outstanding,” while FotMob highlighted nine duels won and three ball recoveries made.

Andy Robertson (7.1) was slightly off the boil and he was deservedly rated the lowest, even though there were still plenty of positives to his display.

Nalton did stress that he had to deal with the speedy Dan James, making him one of the “most tested” Liverpool players on the day.

The Reds don’t have too much time to rest, making the trip to Wolves on Thursday night.