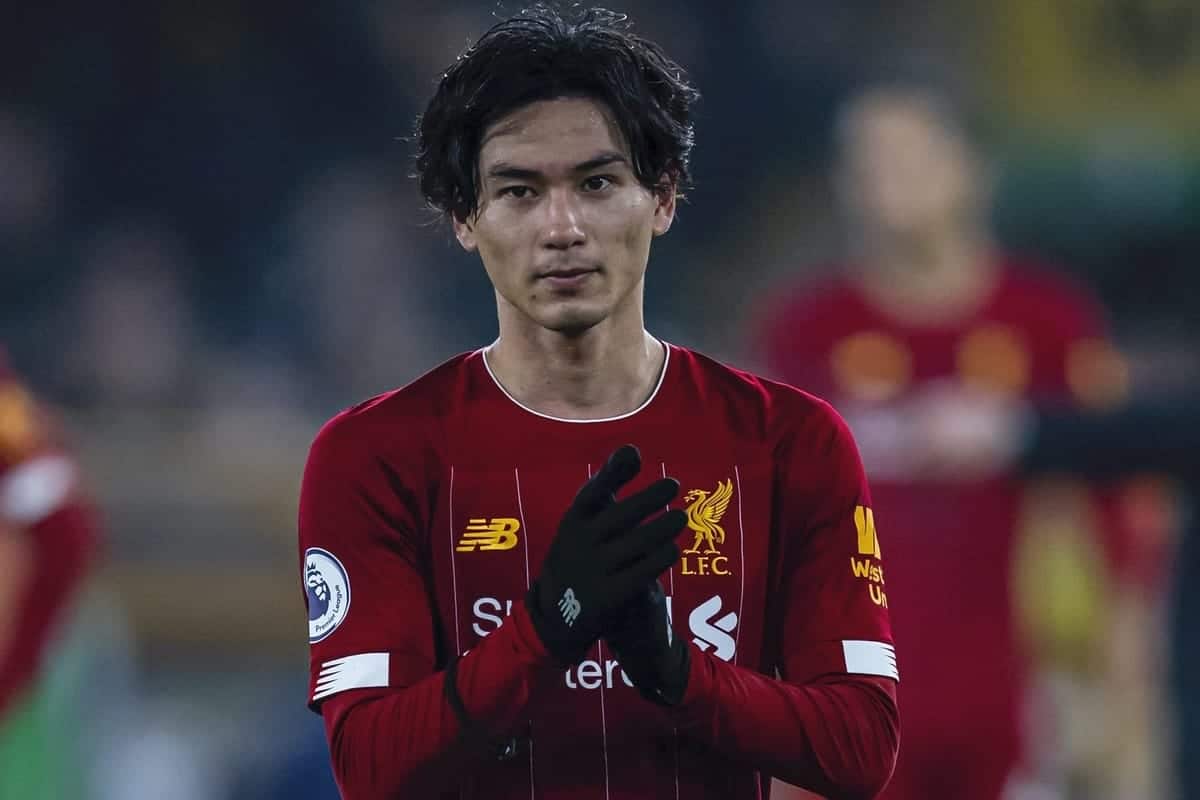 Jurgen Klopp should make at least one change as Liverpool take on Southampton, with the absence of Sadio Mane still the key area of focus.

The Reds host Ralph Hasenhuttl’s vastly improved Saints on Saturday afternoon, in their last game before a much-needed winter break.

There are signs of fatigue throughout Klopp’s squad having passed the midway point of the campaign, but that has so far not affected their form, with 23 wins from 24 in the Premier League.

Making their 24 from 25 will be the objective at Anfield, and the numbers available to Klopp are increasing by the game as those recovering from injury slowly return.

This gives the manager plenty of scope for change, though few should be expected this weekend.

Klopp provided a minor update on the fitness of his squad on Friday, as he held his pre-match press conference at Melwood.

Neither James Milner (hamstring) or Xherdan Shaqiri (calf) are back, but like Mane (hamstring) should be involved after the winter break, for the trip to Norwich on February 15.

The good news is that Adam Lallana (virus) and Divock Origi (cramp) have both recovered and could be in the squad on Saturday, though neither are guaranteed a starting place.

Joel Matip, Dejan Lovren and Fabinho are all fully fit, as the rest of the squad are expected to be bar any late issues.

Liverpool’s biggest area of contention is in attack, as with Mane out and Origi having struggled in midweek, Klopp could turn to a variety of options alongside Mohamed Salah and Roberto Firmino.

Liverpool’s XI vs. the Saints

Despite the availability of Matip and Lovren, the main constant within Klopp’s selection at present is in defence, and he should once again name an unchanged back line on Saturday.

Alisson will start behind a four-man unit of Trent Alexander-Arnold, Joe Gomez, Virgil van Dijk and Andy Robertson, as though both full-backs could benefit from a rest there is little room for manoeuvre at this stage.

That could come later in the month, with Neco Williams instead primed for the FA Cup replay against Shrewsbury on Tuesday night and Milner yet to report back for training.

Klopp could make a change in midfield, however, with the reintroduction of Fabinho to his XI in the league, which would likely come at the expense of Alex Oxlade-Chamberlain.

This would be a blow to the No. 15 after his goal at the London Stadium, but the trio of Fabinho, Jordan Henderson and Gini Wijnaldum remains Liverpool’s strongest.

There is the prospect of Oxlade-Chamberlain then moving into attack, as he did late on against the Hammers, but instead Klopp could hand Takumi Minamino his first league start on the left: 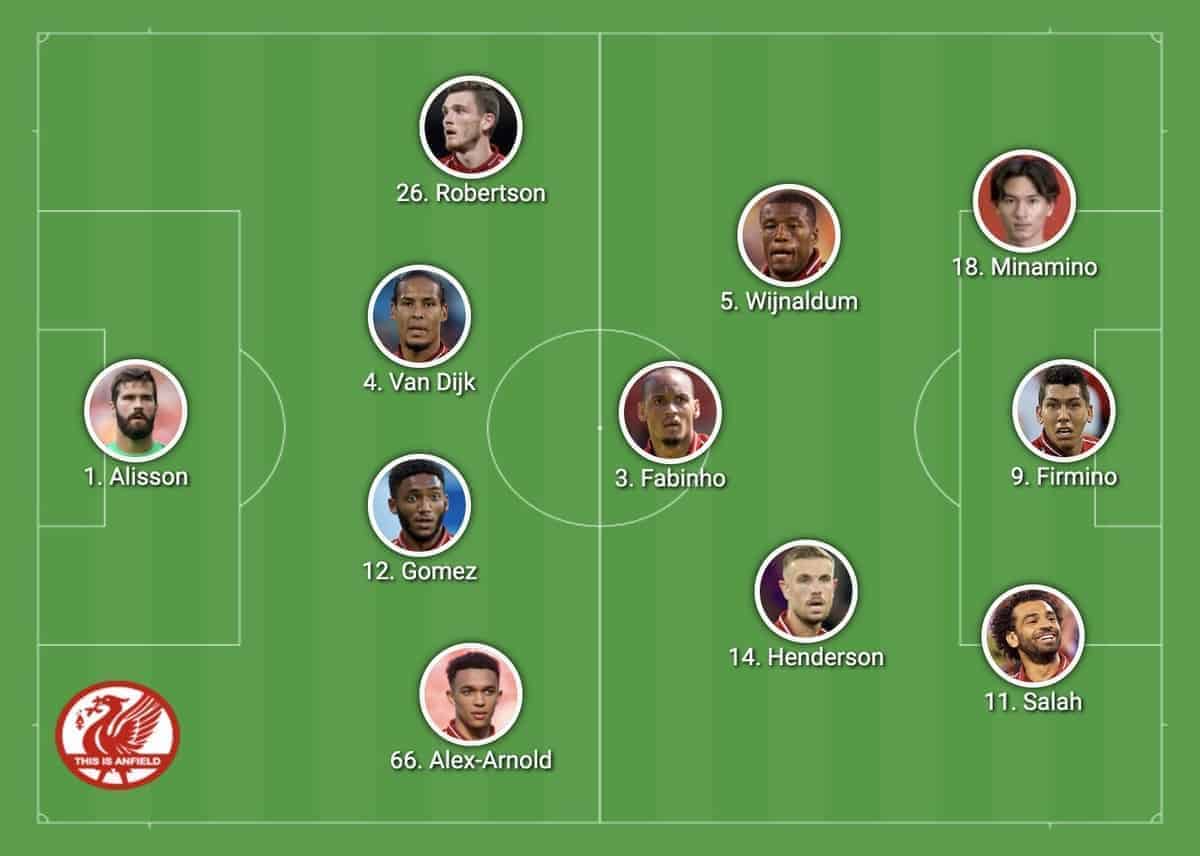 If Fabinho, who has looked rusty since his return, is not deemed ready to start in the league—with the winter break allowing him more time to get back up to speed—Klopp could instead make just one change.

With Oxlade-Chamberlain retained alongside Henderson and Wijnaldum, Minamino could join the front line to give the Reds an attacking bent, with four pouring forward more often than not.

It could be a risk against a side Klopp described as a “pressing machine,” but there is always the option of bringing Fabinho off the bench for more stability.

Oxlade-Chamberlain keeping his place and Minamino replacing Origi would see Liverpool line up like this: 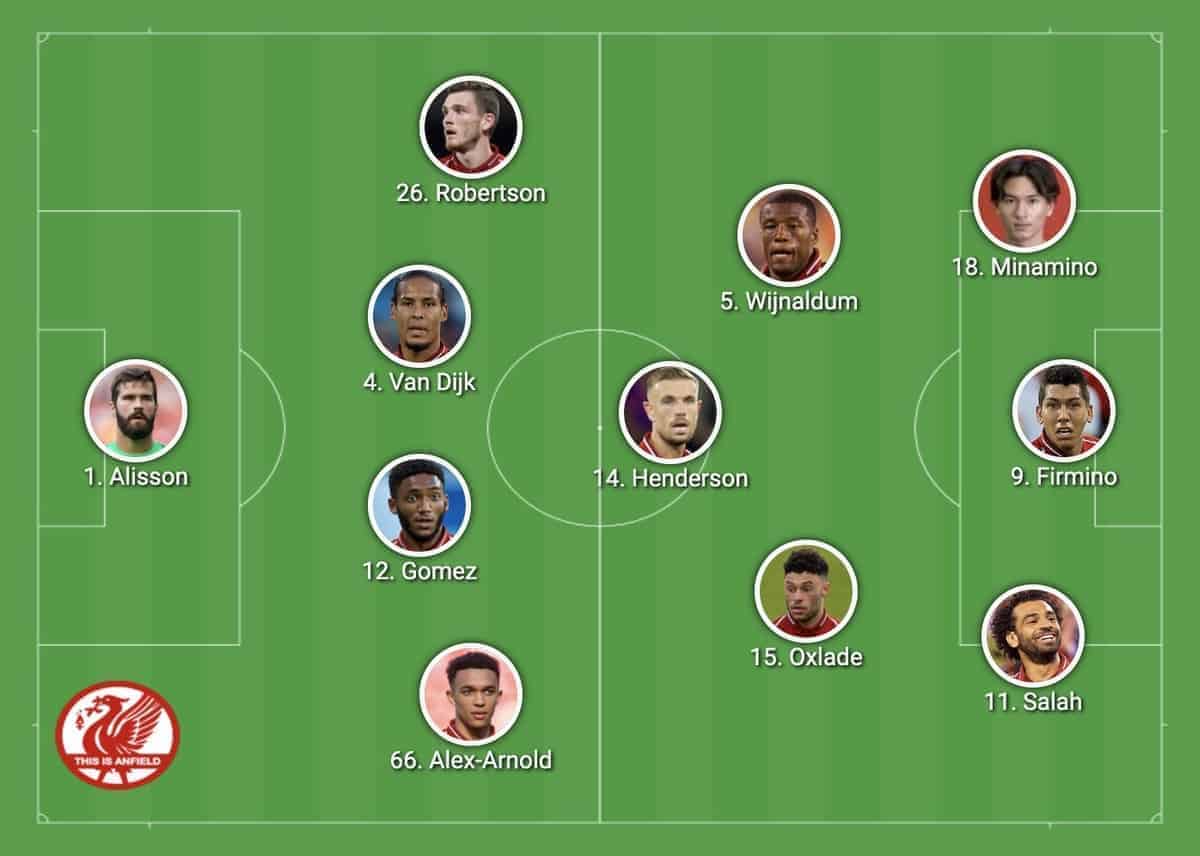 There is little need for major changes with a two-week breaking coming up, and instead a refresh in attack would be the best way forward against Southampton.

After a tough start for Minamino, this could be the opportunity he requires to make his mark—as Shaqiri did in the same fixture a year-and-a-half ago.