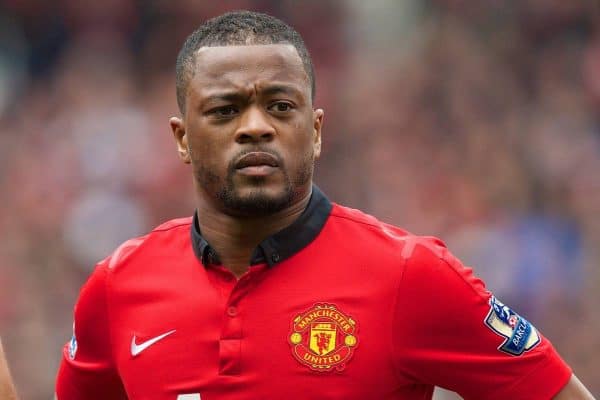 Patrice Evra has paid tribute to Liverpool as a “top-class club” after he received a formal apology for his treatment after Luis Suarez’s racism.

Evra was subject to racist abuse from Suarez during the 1-1 draw between Liverpool and Man United in 2011, with the Uruguayan receiving an eight-game ban.

But in the wake of the incident, Kenny Dalglish‘s squad wore ‘Suarez 7′ shirts in their warmup to support the absent striker, with no acceptance of wrongdoing at the time.

Back in October, Evra discussed the situation during an appearance on Sky Sports’ Monday Night Football, with Jamie Carragher apologising in the studio, conceding the club “got it massively wrong.”

And ahead of United’s visit to Anfield on Sunday, the Frenchman revealed in his appearance on Super Sunday that Liverpool chief executive Peter Moore had issued him an apology.

"I received a personal letter from Peter Moore. He said he hopes it's never too late. Now I see it's real honest people working for this club."

Patrice Evra reveals Liverpool sent him an apology for the handling of the Suarez-racism row, after his last Super Sunday appearance. pic.twitter.com/UrctWQRZHk

“First of all, I was really pleased that [people] like Jamie Carragher apologised,” he said.

“And, of course, I received a personal letter from Peter Moore, and I was really touched about it.

“He told me he hopes it’s never too late, because this incident happened nine years ago, but I’m someone [who is] really positive.

“I would say it was three days after the show, I was like ‘thank you very much, this letter has really touched my heart’.

“I was really disappointed for such a big club like Liverpool to support a big cause like that.

“But now I can see it’s real people, honest people working for this club and I have even more respect for Liverpool because they’re fighting against a problem of the human race.

“So I was really pleased, and I just said ‘I hope you’re not going to win the league’ but that was like three months ago!

“Actually, it was really important for me, and like I say, even though we have a big rivalry between us, this shows you Liverpool is a top-class club.”

While it is disappointing it took almost nine years for a formal apology to be issued to Evra, it is a welcome end to a row that has clouded the club.

Liverpool have worked tirelessly to improve their operations on and off the pitch, and the influence of Moore as a compassionate representative of the city’s people has been vital.