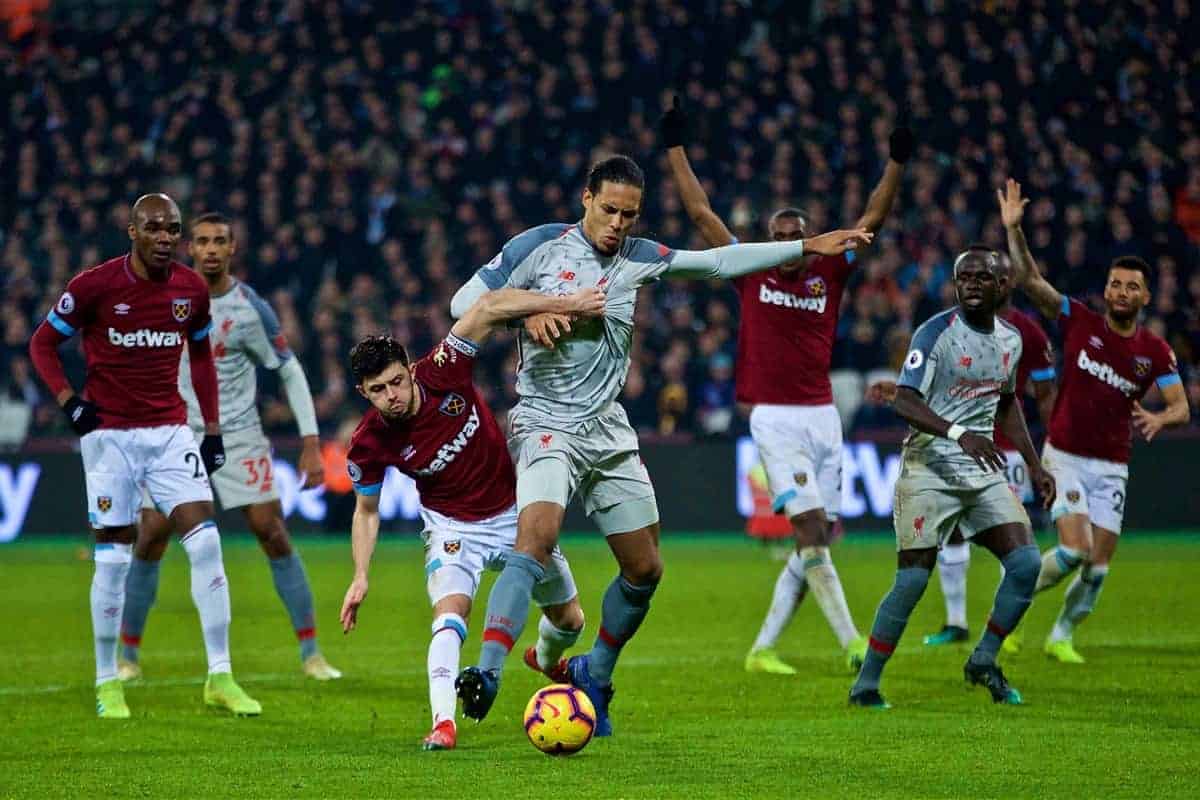 Another road trip awaits for Liverpool with West Ham next on the agenda in the Premier League, with a 23rd win of the season on the line.

A break from the Premier League saw Liverpool travel to Shrewsbury for the FA Cup fourth round and while it appeared relatively straightforward, the Reds made hard work of it to ensure a replay is required.

Curtis Jones and an own goal handed Jurgen Klopp’s side a healthy advantage, only for a Jason Cummings double to force the tie into a decider at Anfield.

Senior faces and Klopp himself will not be present as they stick to their winter break plans, but before then a trip to West Ham awaits.

The Reds secured their 22nd win of the league season against Wolves, with Jordan Henderson and Roberto Firmino ensuring Raul Jimenez’s strike was all but a consolation.

And now a shot at the 23rd is on the line in what is Liverpool’s game in hand after this fixture was postponed in December due to exploits in the Club World Cup, and a 19 point gap could be opened up on Man City with a win – which would also complete a clean sweep of all Premier League sides this season.

Liverpool are on a run of 14 successive top-flight wins and sit 44 points ahead of the Hammers who are in a state of disarray on and off the field.

David Moyes is back at the helm and has overseen just one league win since his return on New Year’s Day, with his side sitting above the relegation zone on goal difference.

Polarising fortunes on opposite sides of the table and miles apart off it, Liverpool are rightly favourites and should have more than enough firepower to take all three points back to Merseyside. 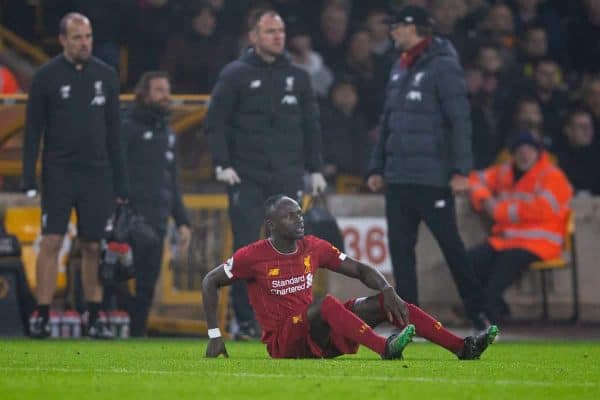 Following the return of Joel Matip, Dejan Lovren and Fabinho to the starting lineup last time out, Klopp’s squad is in relatively good shape heading into the clash.

Sadio Mane’s absence is the obvious exception having picked up a “small muscle tear” in his hamstring within the first half-hour of the win at Wolves.

He is not expected to take to the field until after the winter break, with a potential return earmarked for the game against Norwich on February 15.

James Milner and Xherdan Shaqiri both remain unavailable having yet to return to training, with Adam Lallana also expected to be sidelined after suffering from a virus which ruled him out of the trip to Wolves.

Nevertheless, Klopp still has a number of options at his disposal, with Naby Keita, Takumi Minamino and Divock Origi all in contention to start alongside his usual big guns.

And a place on the bench could come the way of Curtis Jones once more after his goalscoring display against Shrewsbury.

West Ham, meanwhile, will make a call on the availability of both Robert Snodgrass and Lukasz Fabianski on Wednesday.

But they will remain without the likes of Felipe Anderson, Ryan Fredericks, Andriy Yarmolenko and Jack Wilshere. 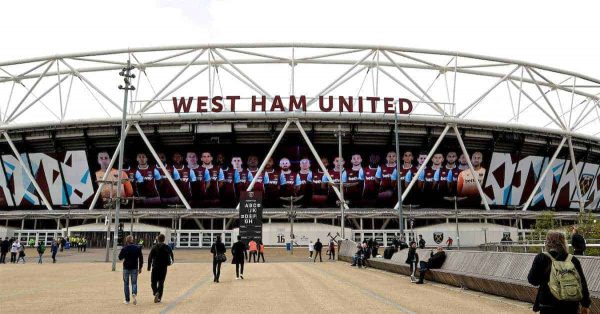 Away fans’ pubs: General advice is to either drink in the stadium, the Westfield shopping centre or in central London itself.

But if you’re arriving via the train station the walk to the stadium will take up to 20 minutes. 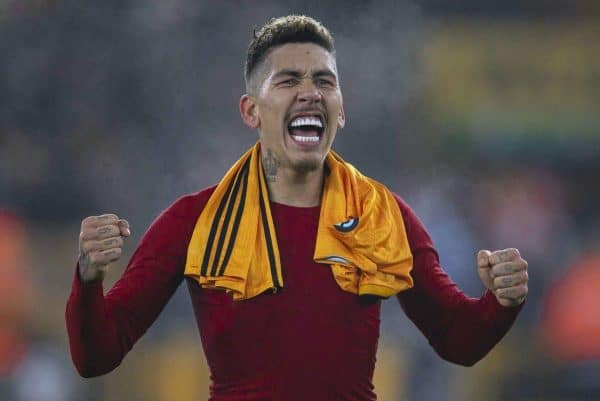 While Liverpool have swept teams to the side this season with ease, it has not always been reflected on the scoreboard.

In fact, of the Reds’ 23 league games to date, 11 of those have been won by a single goal and Roberto Firmino has been central to that success.

Only on the road of course as all 10 of his goals this season have come away from Anfield, but five of his eight league strikes have proved to be the decisive goal – as seen against Wolves and Spurs.

The Brazilian is in a rich vein of form on his travels, but can he strike again to help pick up Liverpool’s 15th successive top-flight victory?

Speaking in his pre-match press conference, the boss was inundated with questions pertaining to the FA Cup but in no way did he want to overlook the “big fight” against the Hammers:

“West Ham fight for the league and that is what it looks like. A big fight.

“Four or five at the back, different possibilities but we have to be ready. They have no time to waste.

“It will be just a tough one. We can do what we have to do. Fight, set the intensity level.

“Antonio and Lanzini could play and it will be tough but that is what the Premier League is all about.” 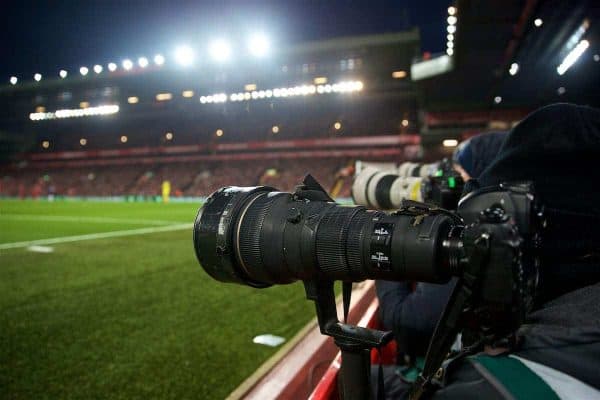 As the game had to be rearranged, Liverpool’s trip to West Ham will NOT be shown live in the UK.

But never fear as Chris Williams will be keeping you up to date with all the action and providing his usual non-bias take on This Is Anfield’s matchday liveblog, starting from 7pm (GMT).