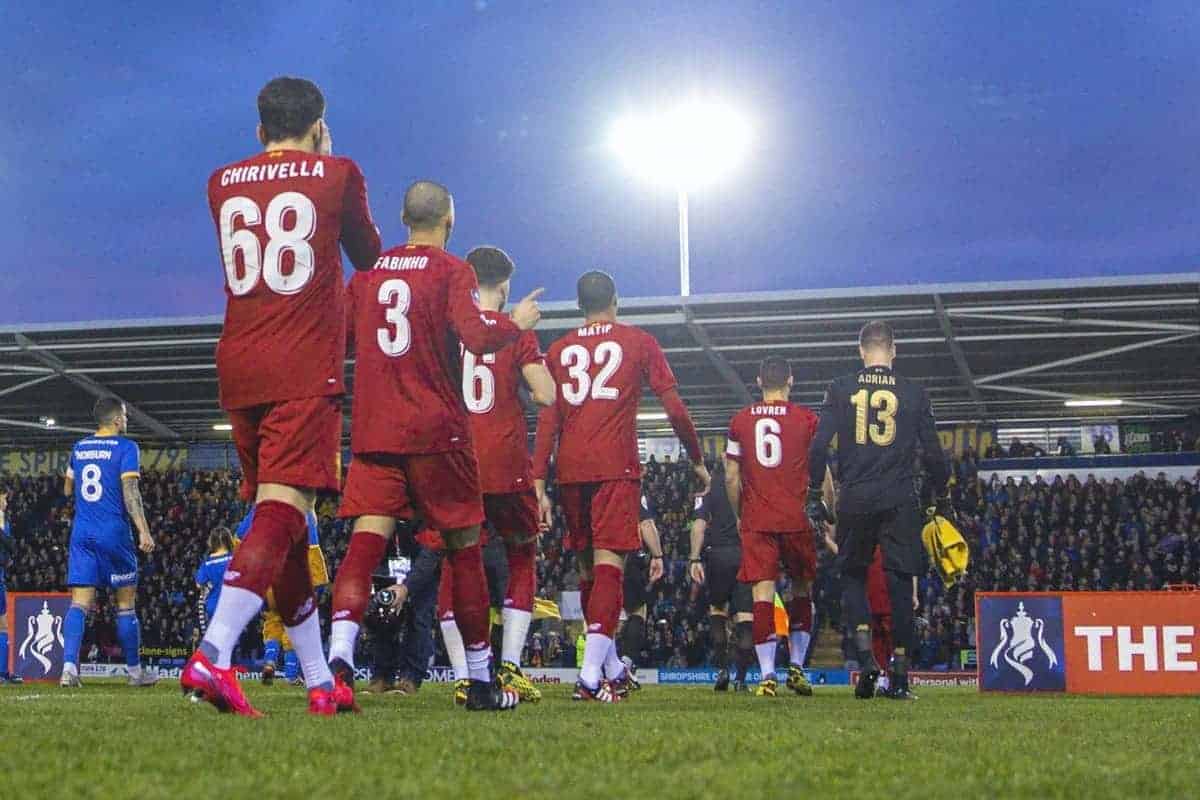 Liverpool could only draw 2-2 away to Shrewsbury Town on Sunday, with a number of experienced players struggling at New Meadow.

The Reds faced what looked like an easy FA Cup fourth round tie on paper, but that didn’t prove to be the case.

From then on it was all Shrewsbury, with Jason Cummings’ double rocking the runaway Premier League leaders.

In the end, Liverpool were fortunate to still be in the competition, with a replay only adding to an already busy schedule next month, to which Klopp has said he will not take charge of.

Here we compare our player ratings with those from the Liverpool Echo, Sky Sports, The Redmen TV, FotMob and the TIA readers. 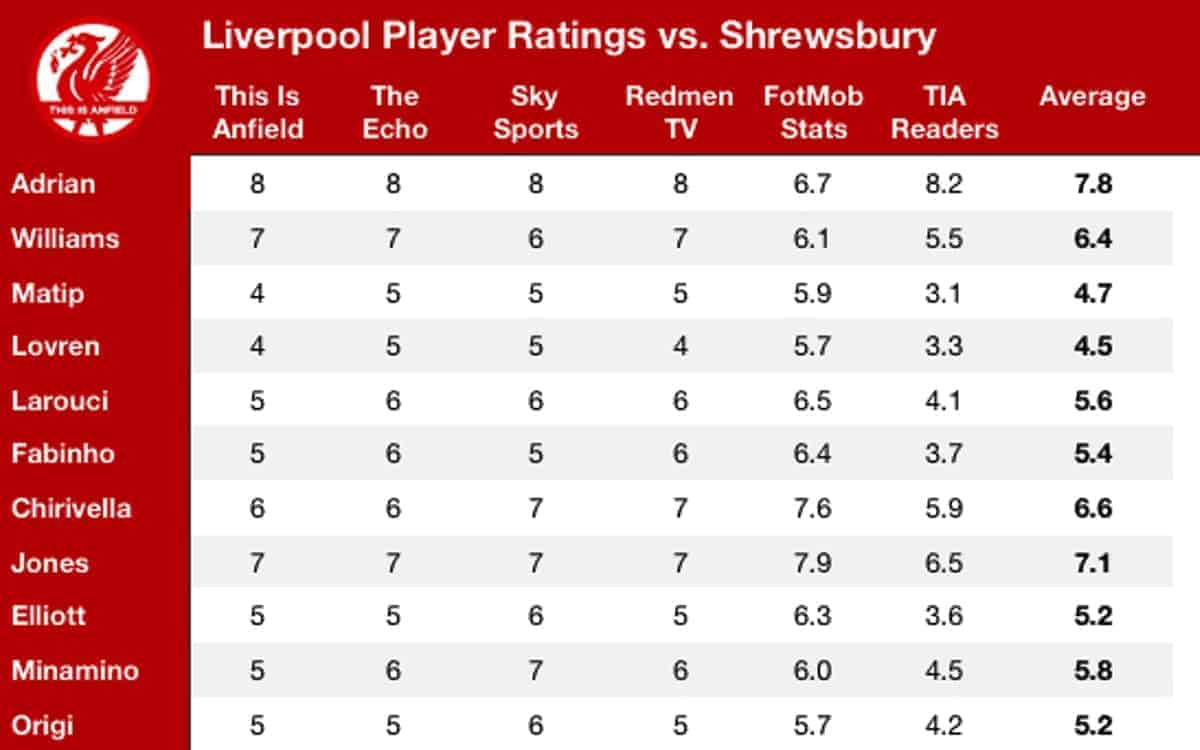 On a day when so many players struggled, Adrian (7.8) comfortably came out on top in the average ratings.

The Spaniard again showed why he is such an able deputy to Alisson, making an excellent save in either half, ultimately proving key.

TIA’s Karl Matchett felt Adrian “read the game well”, but did stress that his Man of the Match award was nothing to be too proud of.

Jones (7.1) was voted Liverpool’s best outfield player, as he scored a second FA Cup goal in as many games.

Ian Doyle of the Echo described the 18-year-old as “lively”, but The Redmen TV thought he “went a little quieter in the second half.”

Matchett lauded the Spaniard’s “good range of passing”, not least the “superb” through-ball to assist Jones.

Dejan Lovren (4.5) was the unfortunate individual to take home the wooden spoon, having looked all at sea alongside the equally shaky Joel Matip (4.7).

Redmen TV even felt a four-out-of-10 rating may have been “generous” for the Croatian, also claiming Matip was “far too complacent.”

Up next for Liverpool is their game in hand in the Premier League, with the Reds travelling to struggling West Ham on Wednesday evening (7.45pm GMT).