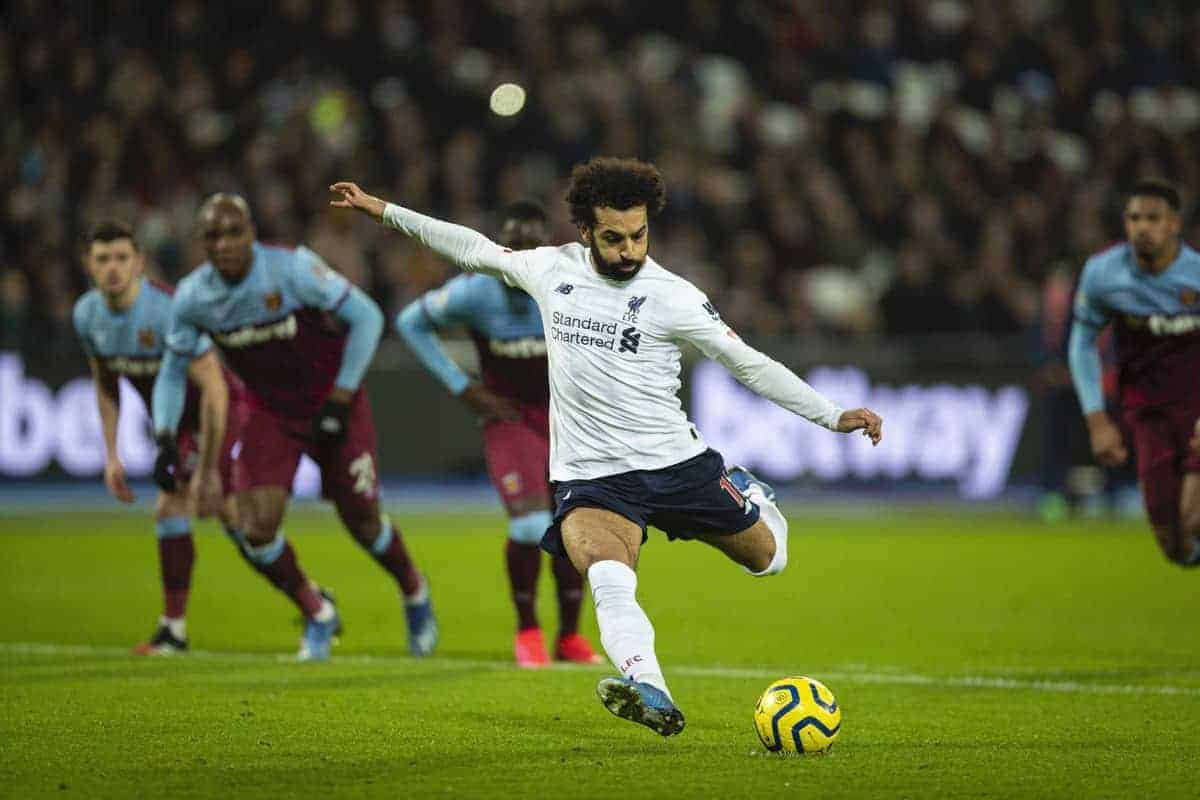 Liverpool cruised to a 2-0 win at West Ham to see their lead at the top of the Premier League table stretch to an incredible 19 points.

After a number of days dominated by the debate surrounding the FA Cup, Jurgen Klopp’s usual suspects were back in league action against West Ham.

While Liverpool continue to fly high atop of the Premier League table, David Moyes’ side entered the clash precariously close to the relegation zone.

The opening term required patience and precision against a defensive-minded Hammers outfit, but the breakthrough would soon arrive thanks to Roberto Firmino‘s expert work on the by-line which then saw Divock Origi impeded in the area.

Mohamed Salah stepped up to the plate and duly launched the ball into the back of the net, handing Liverpool the lead heading into the break. 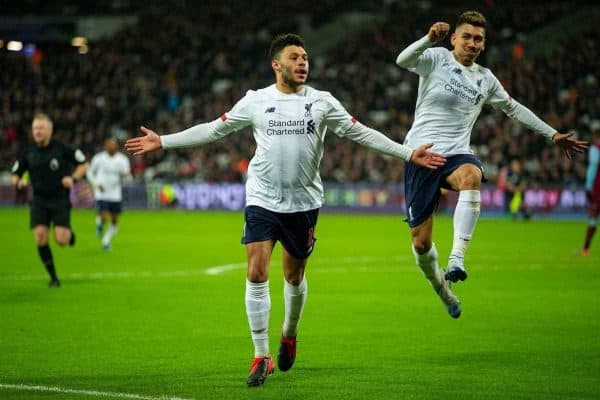 One would soon become two, however, as the Egyptian worked the ball away from a West Ham corner to feed in Alex Oxlade-Chamberlain who scored his first goal since early December in his 50th league appearance for the club.

Klopp’s side did not need to kick beyond third gear but did require the expert intervention of Alisson on a number of occasions to clinch the eighth clean sheet in nine league games.

The win was Liverpool’s 23rd from 24 games and moves them an incredible 19 points ahead of Man City with a little under four months of the campaign remaining.