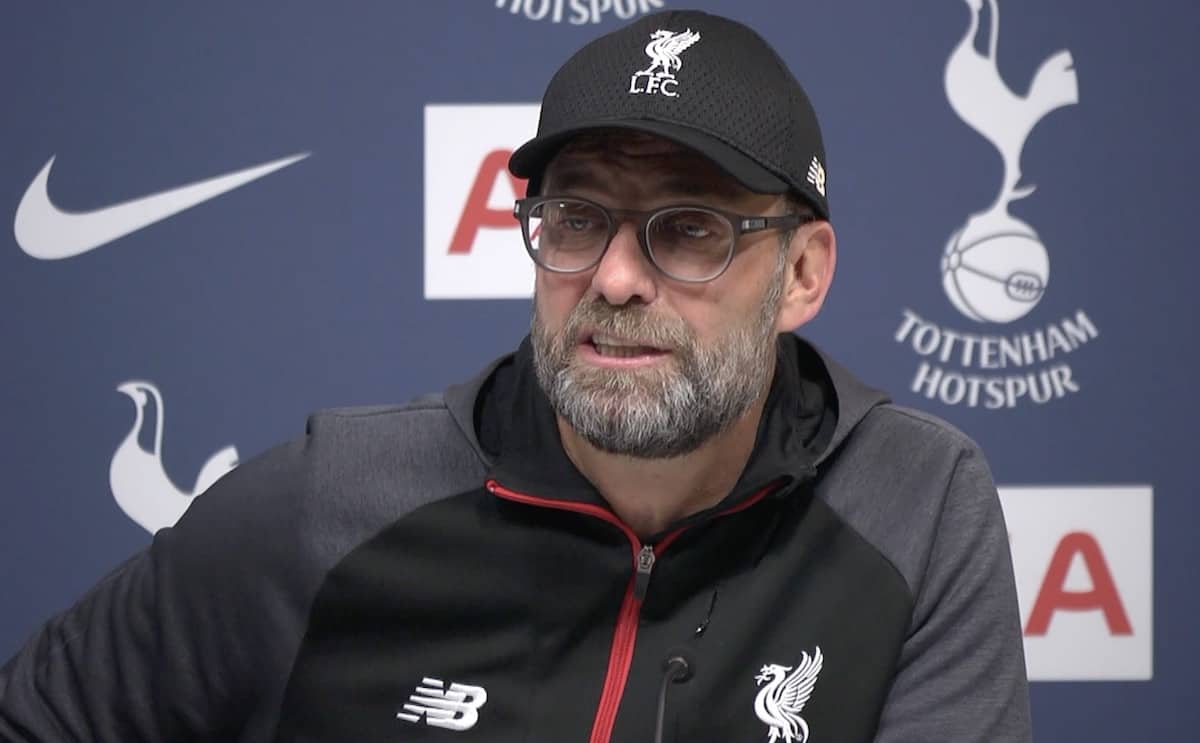 Jurgen Klopp lauded Roberto Firmino as “absolutely superb” after his goal sealed Liverpool 1-0 win over Tottenham and an “exceptional” record.

Firmino’s 37th-minute proved the difference in a game that was balanced overwhelmingly in the Reds’ favour, but through their own doing shifted worryingly.

Spurs had a number of chances to level in the second half, but fortune and the excellent Alisson ensured Liverpool took the three points back to Merseyside.

Klopp revealed at the end of December that Firmino had expressed a concern about his lack of goals this campaign—which, naturally, was laughed off by the manager—and a similar interaction emerged in north London.

“[That was] absolutely not what I was going to say. Absolutely superb player.”

Victory earned the Reds’ 20th win of the Premier League campaign, and brought them to 61 points from 21 points—which is the best-ever start by a side in Europe’s top five leagues.

“It’s exceptional,” Klopp reflected, “but we didn’t think [about it] for a second.”

He continued: “What we try to do is make a basis for the rest of the season. Today was difficult, we made it a little too difficult for ourselves, [but] I’m really happy.”

Klopp also described Spurs’ new stadium as “exceptional,” adding that “whoever designed the away dressing is probably the best in the league.”

Liverpool now have a rare six-day break before their next outing, which comes at home to Man United, who have been in mixed form of late but thrashed Norwich 4-0 earlier on Saturday.

The task throughout the week will be to refocus and ensure another priceless victory at Anfield next Sunday.