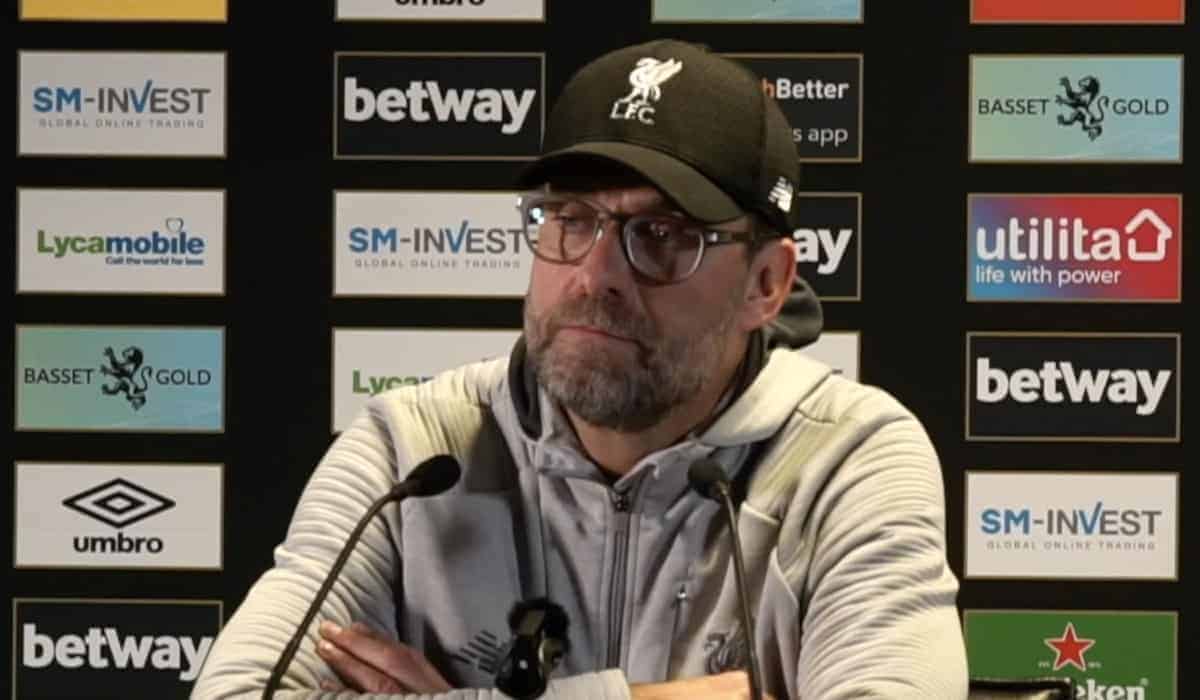 Jurgen Klopp conceded Liverpool’s performance was anything but “brilliant” but after a tough run of games the result was all that mattered.

It was another Premier League game and another three points for the Reds, who have now taken their tally to 70 points after just 24 games following their 2-0 win at West Ham.

With David Moyes’ side set up to absorb pressure and act as an 11-man wall, Liverpool required patience to break the deadlock and they did just that after the half-hour mark.

Mohammed Salah’s powerful strike from the penalty spot set another win in motion as he would then turn provider early in the second 45 with Alex Oxlade-Chamberlain finding the net to secure a two-goal win.

And while Liverpool were the superior side throughout, they were far from their best and while Klopp wishes his team “could have done better,” it was a result he was more than happy to take.

“It wasn’t a really brilliant performance, they made it difficult for us. We started pretty much each attack with a ball from the centre-half against nine or ten or eleven,” he told reporters.

“I wish we could have done better but I’ll take it. Wolves was a tough game and a couple of games before that United. We had to win this game and we did.

“There is no motivational problem for us. The boys were here [high level]. The difficulty tonight was to get the rhythm, keep the rhythm and stay concentrated. The biggest chances we gave them. Gini’s pass – sensational save from Ali, then Trent against the post, slapstick.

“I would give these boys my kids to look after I trust them so much, but they can still make these ridiculous mistakes. It’s about staying concentrated.”

The win saw Liverpool notch a victory over all 19 topflight sides in one season for the first time in the club’s history in what was yet another record to come the Reds’ way – but the manager’s focus remains solely at each task at hand.

He continued: “I don’t feel anything about that, it’s not about feeling satisfaction. I was in the game completely, I wanted us to win the game, our boys did.”

The Reds now have less than 64 hours to recover and prepare before Southampton‘s visit on Saturday.