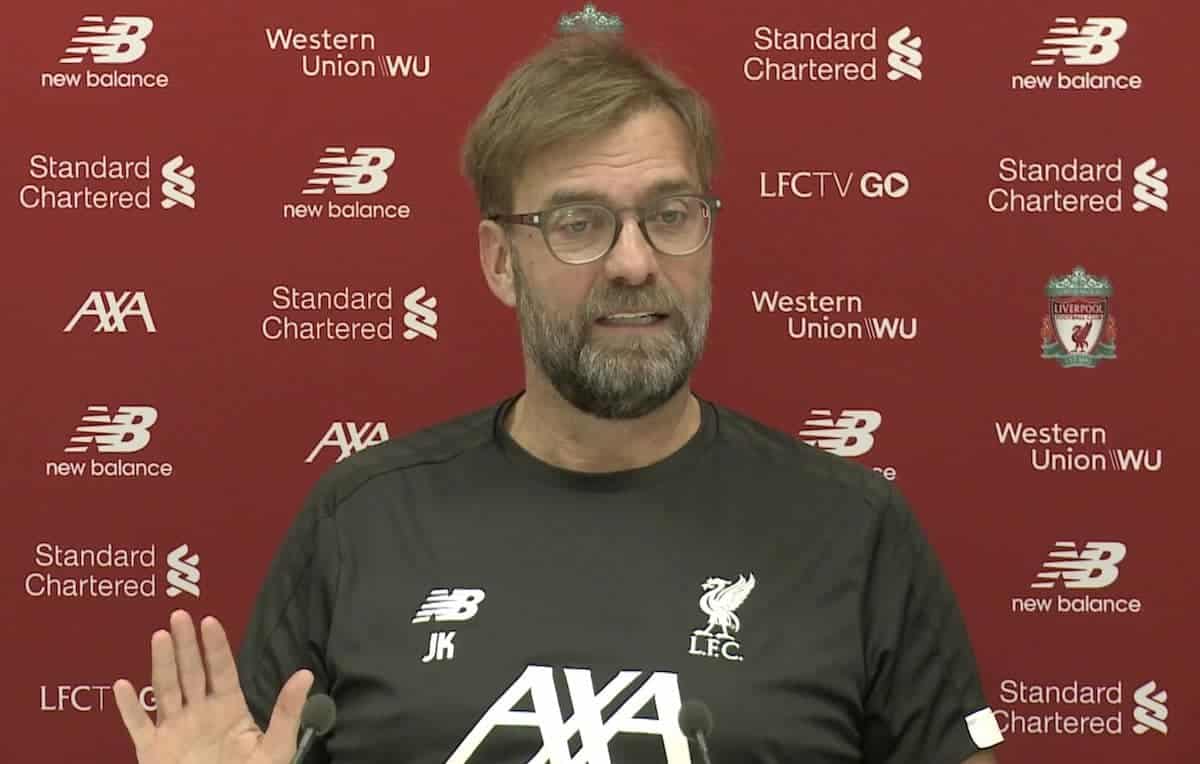 A busy press conference from Jurgen Klopp on Friday ahead of Liverpool’s trip to Tottenham in the Premier League this weekend.

The Reds play at the Tottenham Stadium on Saturday evening, a year-and-a-half after they were due to have been the first opponent at Spurs’ new home.

Klopp’s pre-match press conference ahead of the game saw him discuss a variety of topics, including a mixed injury update, some praise for the Reds’ new youth development coach, talk on who will or won’t go on loan this month, and Jose Mourinho’s approach as a coach.

There was also praise for new signing Takumi Minamino after his debut for the club last weekend, and on what position(s) he can play.

“He played [in the middle] because we thought it’s most natural to him, especially defending-wise,” explained Klopp of the versatile Japan international. “It’s not his only position, there is a lot he has to offer.”

On injuries, Klopp confirmed James Milner and Naby Keita won’t be fit for the trip to London, but Xherdan Shaqiri is back training as normal.

Meanwhile, Fabinho and Dejan Lovren could be back in contention for next weekend’s visit of Man United to Anfield with the duo set to return to full training.