Any weird and ridiculous list of reasons concocted as to why Liverpool won’t win the title can be tossed aside as it is now merely a matter of when. But there’s no time to take the foot off the gas.

For me, it was after the Manchester United game when it happened. Maybe for you, it was earlier.

For Jürgen Klopp it hasn’t happened at all. But since that 2-0 win against the Mancs in January I’ve found myself talking about when Liverpool win the Premier League, not if.

It’s a weirdly uncomfortable feeling. I mean we’re 22 points clear and need just six more wins, although almost certainly less, to be crowned champions so, of course, we’re going to win it. But telling yourself that in February, with 13 league games still to play, seems surreal.

I don’t know about you – GDPR won’t let me – but the scenarios I imagine occurring that could stop the Reds from winning the Premier League are growing more ridiculous the closer we get.

Initially, it was just what if Virgil van Dijk gets injured for six months? Then it was what if two years of relentless winning finally catches up with all the players at the same time and their form drops off a cliff? 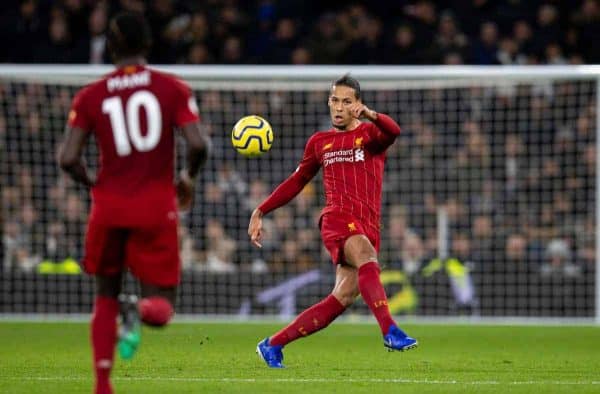 In January I was considering whether World War III was about to break out, due to tensions between the USA and Iran, resulting in the suspension of football and Klopp introducing gegenpressing to the front line rather than our front three.

Now I’m anticipating that Novel Coronavirus will sweep the nation and force all Klopp’s first-team players into quarantine. Imagine the trouble we’d be in if he had to stay away and play the kids, eh?

The press might have reported that it was government health secretary Matt Hancock who was behind setting up the quarantine zone at Arrowe Park Hospital on the Wirral with the Royal Liverpool Hospital also to be utilised, but deep down we all know Pep Guardiola is behind it. Anything to try and stop the Reds from taking over.

Perhaps that’s getting a little too paranoid, although renaming their club Wuhan City and moving our league game from the Etihad to China seems a tad suspicious. If only Donald Trump had put that wall up between the US and Mexico to keep Corona in, eh?

All joking aside, for Liverpool to have 73 points on the board after 24 wins and one draw from 25 games is nothing short of phenomenal. It’s an unprecedented run, both here and in the other major European leagues, and one that should be extended when the action resumes after our winter break. 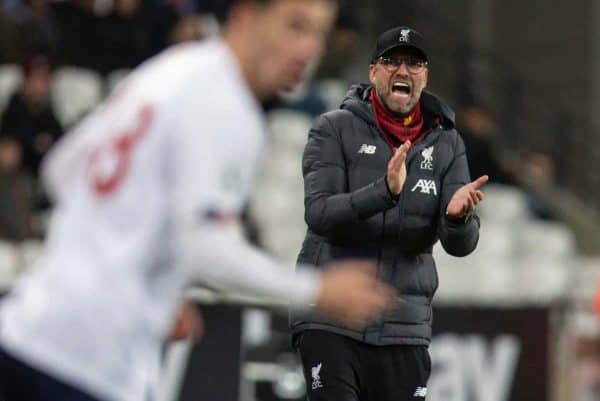 All of Liverpool’s next four league games are against sides in the bottom five of the Premier League – Norwich away, West Ham at home, Watford away, Bournemouth at home. Counting points before you’ve won them is dangerous, hence the well-documented ‘one game at a time’ mentality Klopp has instilled in his players, but you’d be surprised if this Liverpool team didn’t win all of those games.

Yes, they’re all fighting for Premier League survival and we saw at Anfield that Watford under Nigel Pearson are a trickier proposition, but Mo Salah, Sadio Mane and Bobby Firmino have netted 18 goals between them against the Hornets while the Reds have scored 16 goals in their last four visits to Norwich. I fully expect Liverpool to beat anyone at Anfield at the moment, West Ham and Bournemouth included.

If – and it is if, with both the Champions League and FA Cup to play on midweeks during this run – another 12 points are gathered then Liverpool will be in the quite frankly ludicrous position of having 86 points with nine games to play. Man City would need an asteroid landing on Merseyside to stop us at that point.

Which brings me, rather belatedly, to my point. History shows that when a league title is won early, which it will be, teams usually ease up and drop points as the season winds down.

It happened to Liverpool in 1983 when Bob Paisley’s Reds were 16 points clear with seven games to play and then lost five and drew two of their last seven. And it happened in 1988 when Sir Kenny Dalglish‘s team won just two of their last six league games and couldn’t get themselves going again for the FA Cup final, losing to Wimbledon.

If that happens in 2020, the Premier League will be the only trophy that Liverpool win. Klopp’s mentality monsters thrive on intensity and momentum. They take it from game-to-game, from competition-to-competition, so I’d like to see them targeting every possible league record they can break or set until game 38 has been played.

Maintaining that state of mind – that dead-eyed, relentless focus – gives them a chance of winning both the Champions League and FA Cup too. Anything less and this record-breaking, trophy-fest of a season won’t be quite as record-breaking and silverware filled as it could be, although for some Reds just seeing Jordan Henderson lift the Premier League trophy will be enough.