Atletico Madrid are out to defy the form guides and hand a methodical Liverpool side a rare defeat on Tuesday evening.

With the exception of a young Liverpool outfit falling to defeat in the League Cup fifth-round tie at Aston Villa, Jurgen Klopp‘s side have tasted just one loss in all competitions this season.

It came away at Napoli in the first Champions League game of the campaign and since then Liverpool have gone on to win 30 of their last 33 games in all competitions.

Atletico Madrid are the next side which awaits the Reds intent on adding a blemish to Liverpool’s almost impeccable record, with midfielder Saul Niguez leading the charge.

The two teams face off in the first leg of the last-16 at the Wanda Metropolitano, and despite recent records which sees Liverpool unbeaten in the topflight in the last 43 games and with two successive appearances in the Champions League final, statistics are there to be broken for Saul and co.

“You break them,” Saul told the Guardian when confronted with how to overcome Liverpool’s form.

“There’s no memory in football: what you did yesterday is no use. We had a good run before Christmas then we fell away and it was hard.

“We know how we can hurt Liverpool, their strengths and weaknesses, and we always compete against big teams. We have to make the most of the home game. There will be an incredible atmosphere, more than ever.”

But Saul knows the task will be anything but easy having watched on as Liverpool have run rampant in the Premier League, positing record-breaking numbers which few will ever topple.

The Spaniard provided an interesting analysis of Klopp’s side, one which he recognised as a team of “animals” who work tirelessly and methodically with a mental fortitude to match – but he also hinted at a potential weak spot which plays into Atletico’s hands.

“They have those perros de presa [hunting dogs] in the middle who run, press,” he explained. “It’s not just running for the sake of running: they do things that aren’t normal and it looks disordered but it’s ordered, mechanised. 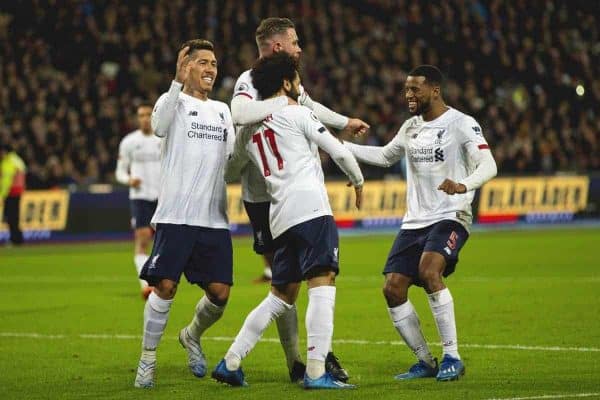 “One comes out here and you think: ‘That’s mad, why’s he there?’ But the other man knows and comes from here. Klopp said they play with their heart, but it’s planned too. One breaks out to press, wild, but they follow.

“It’s very hard to escape when they come at you like that. It’s incredible: they press like animals because they know that even if they get turned there will be seven of them running like mad to get back.

“Liverpool are very complete, a great team in every area [but] they find it hardest when you’re deep because they’re very, very, very good in transition. I watched them against Norwich and if it wasn’t for Mane’s extraordinary control, they don’t win.

“They’ve won lots of games they could have drawn or lost, which tells you something about what they have inside. It’s not luck. It’s work, sacrifice, not giving up a single ball for lost.”

For those of the Red persuasion, the praise of how Liverpool operate is nothing new but with few finding a way to break them down it is another unique insight into how members of the opposition view Klopp’s side before having ever come face to face with them.