The FA have ended their investigation into allegations Liverpool had wrongly obtained scouting intel from Man City, with a settlement reached in 2013.

The allegations emerged in September, with the Times describing it as potentially “the biggest incident of alleged misbehaviour by one top-flight to another in the Premier League’s history.”

Michael Edwards and ex-City scouts Dave Fallows and Julian Ward were claimed to have used the club’s login details for the Scout7 system over an eight-month period between 2012 and 2013.

The situation is said to have expedited City’s deals to sign Fernandinho and Jesus Navas, while concerns arose as Liverpool expressed an interest in Paolo Fernandes.

Though the two clubs reached a settlement worth £1 million at the time, the Premier League were not informed and there was no acceptance of wrongdoing.

As a result, the FA launched an investigation into the allegations, but on Friday it was announced that this had been halted “due to a number of factors.”

“The FA has carefully considered the evidence it received in this matter, including information provided by both clubs involved, and has decided not to progress the investigation,” a statement reads.

“This is due to a number of factors, including the age of the alleged concerns and the settlement agreed by the two clubs involved.

“As per standard protocol, should The FA receive further information or evidence, the decision not to progress the investigation may be reviewed.” 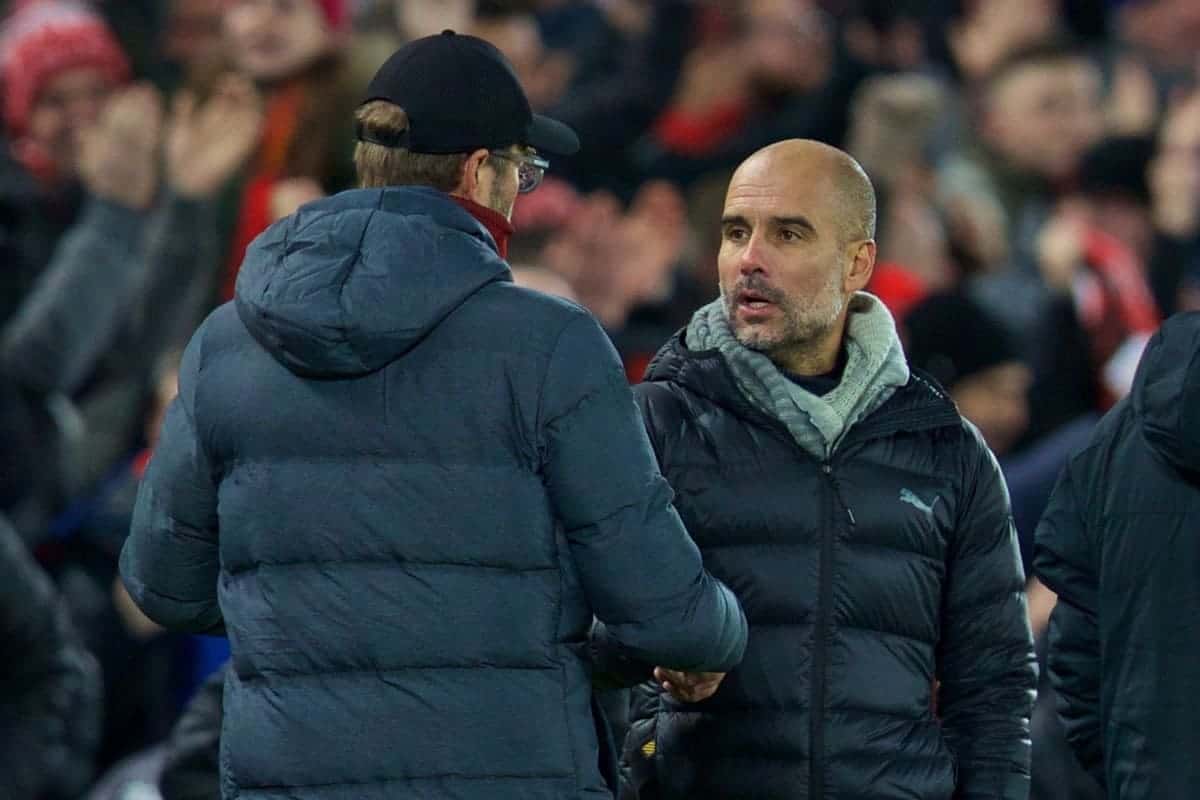 As the statement explains, were City or another party to submit additional evidence to support their claims the investigation could be reopened.

But that appears unlikely, with the furore over the situation seemingly more narrative-driven than truly pertinent given, as the FA acknowledged, the two clubs settled the matter almost seven years ago.

At the time of the reports, Liverpool and City were locked in a fierce battle for the Premier League title, but in the months since, Jurgen Klopp‘s side have opened up a 22-point lead at the top of the table.

The Reds require six more wins to guarantee the title at this stage, though this could change if City drop more points—their next fixture being at home to West Ham on Sunday.