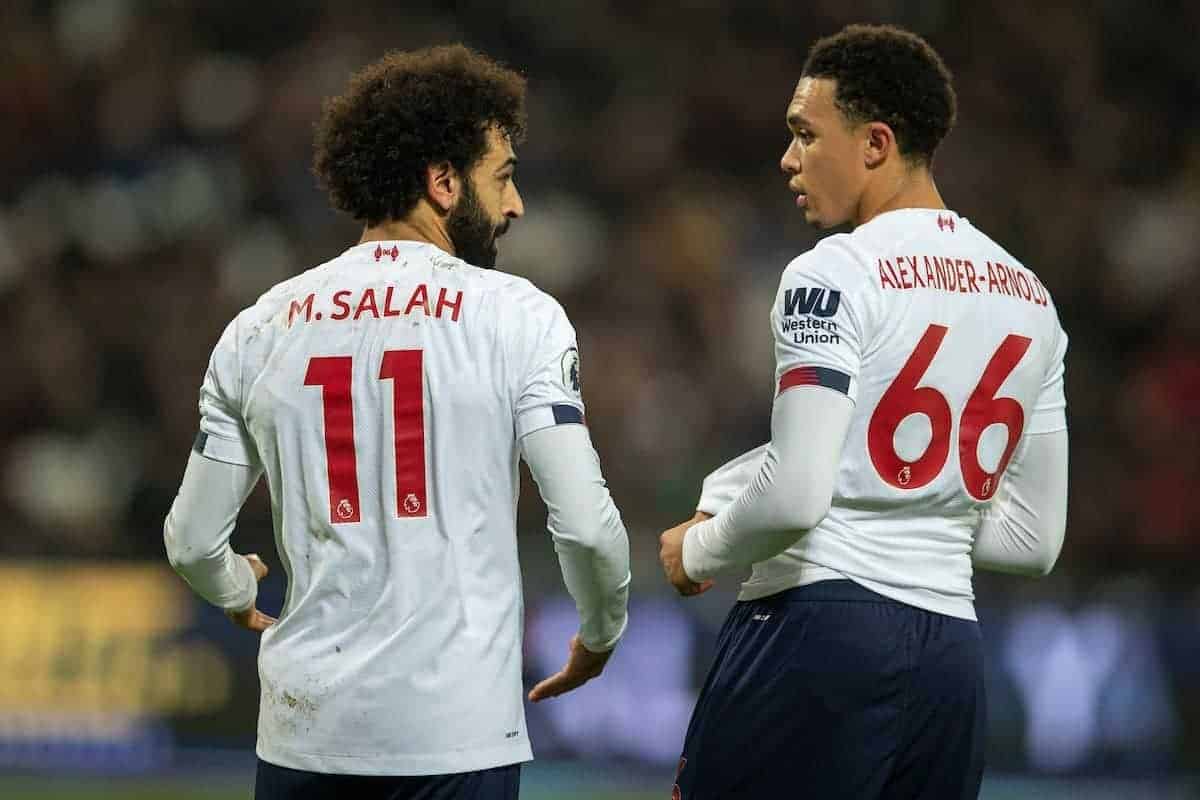 Liverpool can match two more all-time records as they take on West Ham tonight, while Mohamed Salah is closing in on a scoring feat last produced by Michael Owen.

A win this evening will equal the English top-flight record of 21, set by Liverpool between January and December 1972, and also set an outright Premier League record.

They have won each of their last 17 league outings to equal their club record set only last year.

They are one win short of Man City’s all-time English top-flight record of 18, set between August and December 2017.

Salah has been directly involved in seven goals in five Premier League games against this evening’s opponents (five goals and two assists).

Salah is two goals short of becoming the first Liverpool player since Michael Owen in 2002/03 to score 20 goals for the Reds in three successive seasons in all competitions.

A Year of Goals

Jurgen Klopp’s men have found the net in each of the last 28 home league games since City shut them out in October 2018 while in all competitions Bayern Munich, one year and five days ago, were the last visiting team to keep a clean sheet at Anfield.

Liverpool have scored in each of the last 35 league games since Everton held firm at Goodison last March. 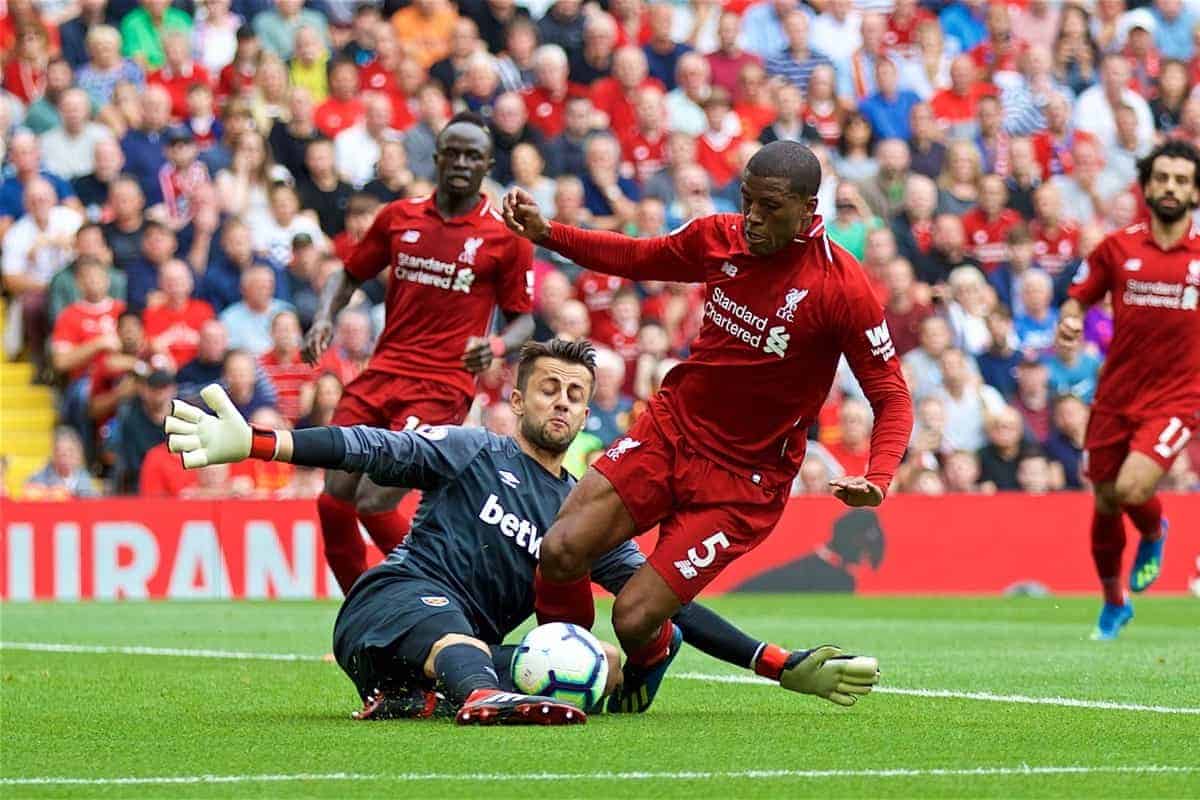 West Ham have won once in 46 league trips to Anfield.

Prior to the victory in 2015, Geoff Hurst and Martin Peters were the last Hammers to score in a winning visit, doing so in September 1963.

The Hammers have picked up 10 points from the last possible 99 at Anfield in the Premier League.

They have kept three clean sheets in the last 19 league visits. 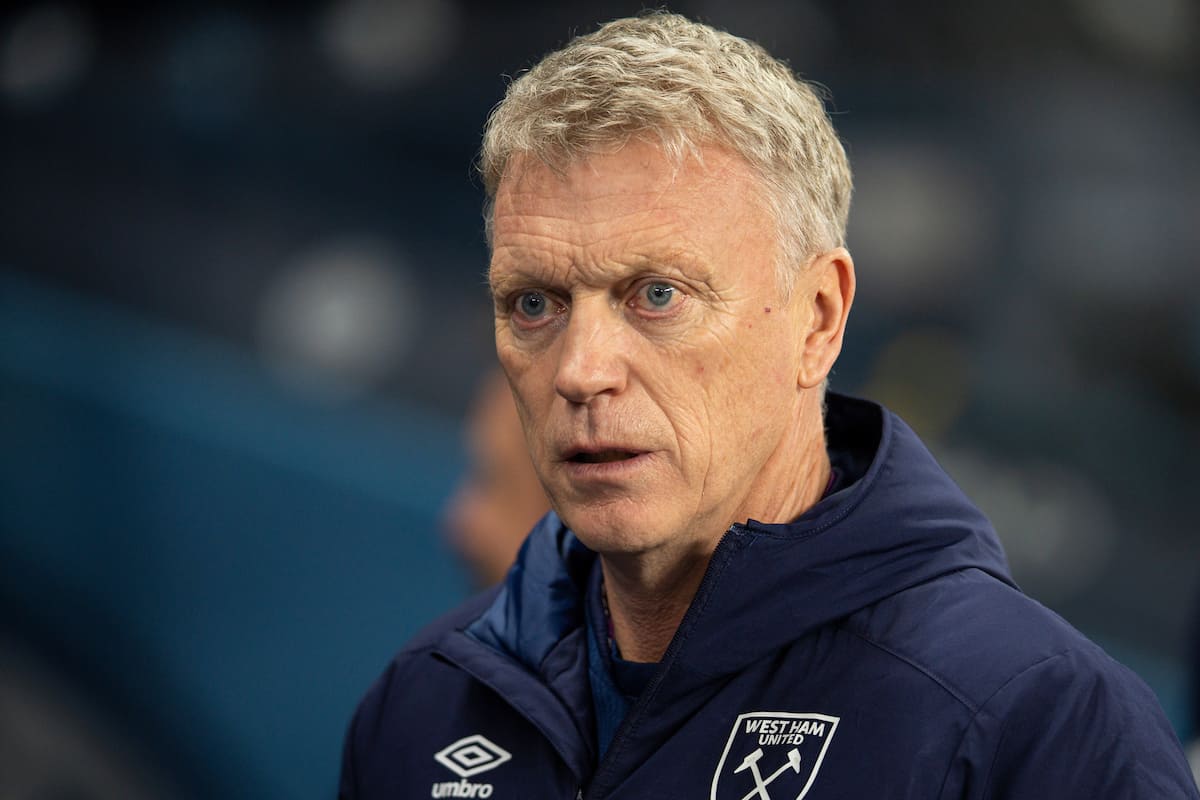 David Moyes has lost 17 league games against Liverpool as a manager—the most he has lost against any team, along with Arsenal.

He has managed the Hammers once before against Liverpool at Anfield—in February 2018 his team lost 4-1.

Moyes has also managed Everton, Man United and Sunderland against the Reds and on 32 occasions in total.

He has five wins, four with Everton, with the last coming with United in a League Cup tie at Old Trafford in September 2013. He has suffered 18 defeats in all games.

Moyes has had 51 Premier League away games as a manager against a team starting the day in the top four. 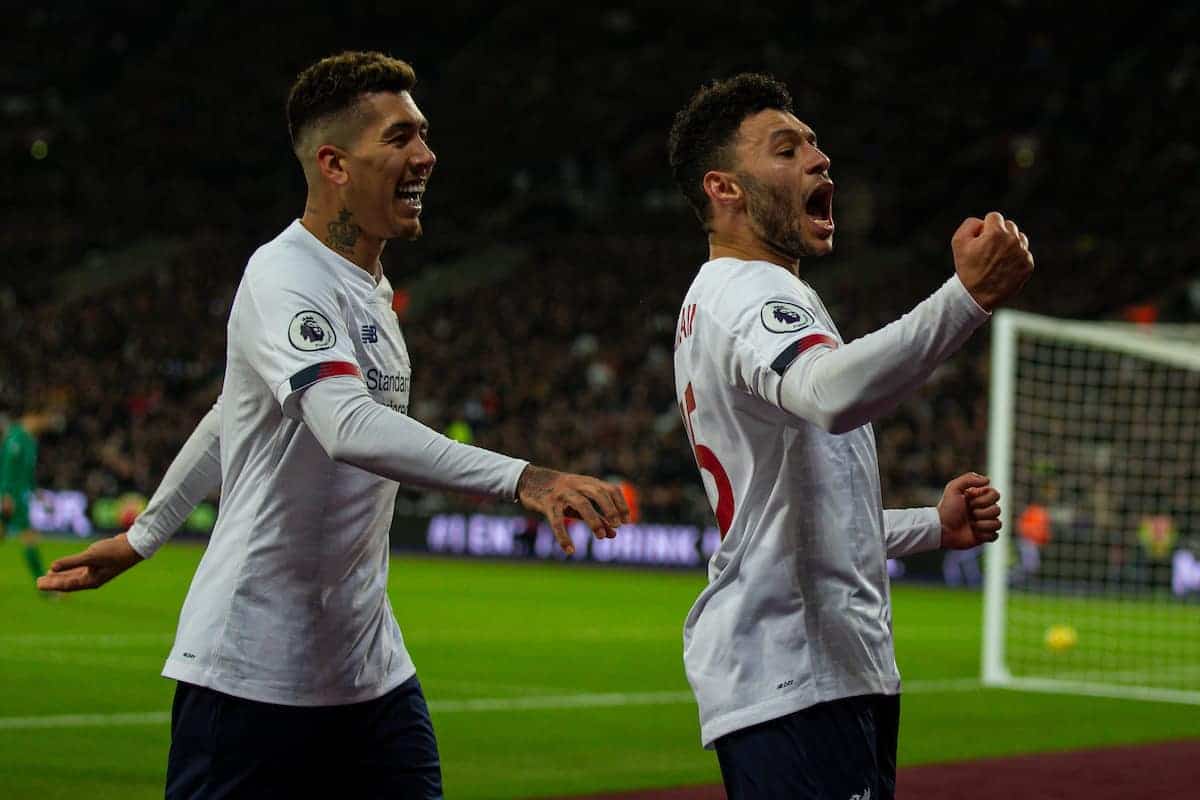