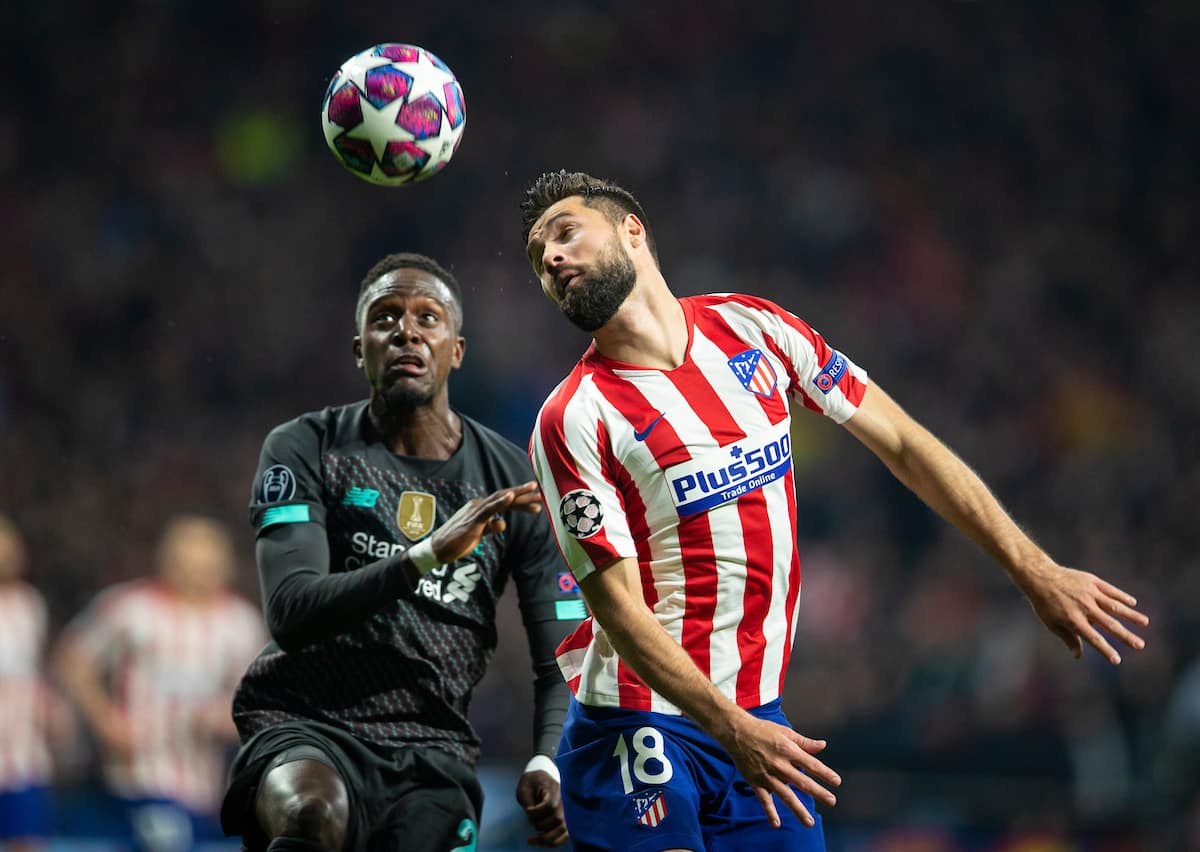 There was a shared feeling of frustration for Liverpool after the first leg defeat to Atletico Madrid in the last-16 of the Champions League, but Anfield now looms large.

The Reds made the journey to Madrid for the first stage of this season’s Champions League knockouts and they were met by a stubborn defensive unit who denied even a glimpse at a window of opportunity.

Atletico were always set to be a pragmatic opposition and an early goal the way of Saul Niguez, which came about through a mixture of luck and poor defending, ensured they were allowed to dig their heels in and set up camp for the evening.

Liverpool were left to dominate possession but had little to show for it where it mattered most having failed to register a shot on target throughout the entire 90-minute affair.

And frustration was the common emotion following the final whistle after the referee played into Atletico’s hands having bought into their antics.

But equally, the Reds were quick to acknowledge that the tie is only at the halfway point as they looked ahead to the return leg at Anfield.

For Andy Robertson, who had already pointed to Atletico easily “falling over” throughout, the early setback proved key, as he explained to LFCTV:

“Obviously we couldn’t have got off to a much worse start, especially for a team that likes defending leads and is really good at it. It was a tough one.

“We kept going, I thought we dealt with some situations really well. We created chances of our own, we dominated large parts of the game but we just couldn’t quite get the goal.

“It’s unfortunate but it’s only half-time. We need to go back to Anfield and we need to bring that same performance if not better. And hopefully, we have enough to get through.”

And although the left-back knows the team cannot rely on Anfield alone to get the job done, he urged supporters to “be as loud as ever” to help push Liverpool into the quarter-finals:

“We can’t rely on Anfield to get us through.

“We probably need our fans more than ever, to be honest. We need them to be as loud as ever – louder than Barcelona at home, louder than Roma at home.

“And if we can create that atmosphere that might give the lads the extra boost we need. It’s a Champions League night at Anfield, the lads will be up for it regardless but it always helps with the fans.”

And with Anfield having overcome greater margins in recent times, Liverpool’s No. 12 knows full well the power Anfield can have on the result of the tie:

“It was something we anticipated, it’s their style of play in a way – it’s effective but it’s down to us not to let it control the game and it did at times.

“We’ve just got to play it smart, play our way at Anfield and we can take confidence from the way we dominated possession, especially in the second half. The chances will come, it’s not over – far from.

“We’ve come back from bigger deficits so we’re confident in that.

“It’s massive [the second leg] but that’s what we play for. It’s part of this club and what it’s all about, big European nights and we’ll look forward to it.

After the game a handful of players took to Instagram to reflect on the result and look ahead to the challenges which lie in wait.

For Virgil van Dijk, it is clear that “there is no reason for panic or negativity” with the tie only at the half way point as his attention turned back to West Ham’s visit in the league on Monday:

?Frustrating evening in Madrid, but it’s only halftime. There is no reason for panic or negativity, our focus is back on the @premierleague ??

Gini Wijnaldum and Robbo gave their thanks to the travelling Kop for their support in the Spanish capital as they cast their eyes towards making “it right at Anfield”:

Obviously not the night we wanted. We still have the chance to make it right at Anfield. Learn from this match and be ready for the next ?? Big thanks to all our fans here tonight ?? #YNWA #UCL

Frustrating night. But we still have Anfield!!! Incredible support as ever #YNWA

James Milner, who was introduced with 10 minutes on the clock after Jordan Henderson sustained a hamstring injury, and Adrian similarly could not hide their anticipation for the 90 minutes to follow at Anfield:

Not the result we wanted – but there’s still another 90 left at Anfield ??? #UCL #YNWA

And for the skipper and Gomez, the message was clear: “Its only half time!”

Not the result we wanted but its only half time! #YNWA

Tough night in Madrid, but it’s only halfway done… Onto the next one ??? #LFC

For Liverpool, the lack of an away goal is far from ideal but as the players have noted there is no need for any negativity as the tie is still very much there for the taking.

Anfield adds another dimension to what has already shaped up to be a tightly contested tie, but before the second leg on March 11 the Reds must first turn their attention to the Premier League and FA Cup – with West Ham next on the agenda on Monday night.