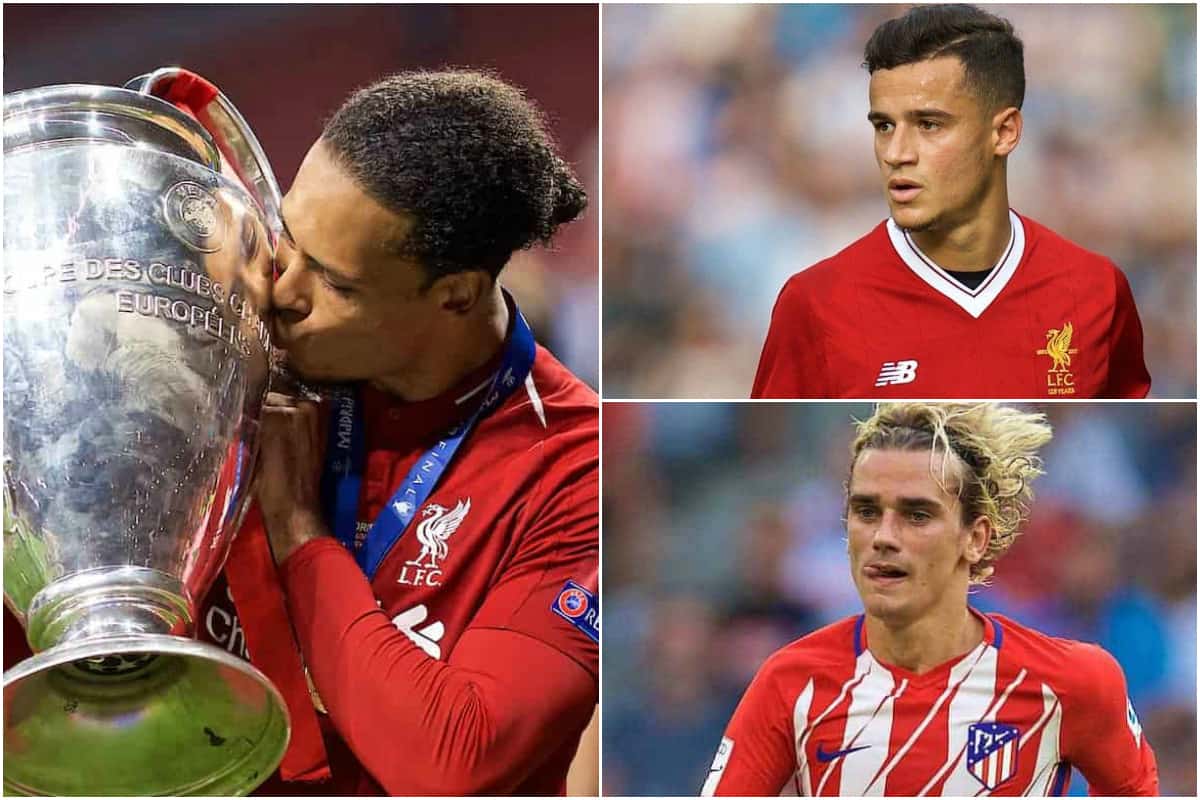 Liverpool face Atletico Madrid as champions of Europe and one of the most feared sides in the world, but a few short years ago the situation was very much reversed.

The Reds head to the Wanda Metropolitano on Tuesday, a little more than eight months after their capture of football’s greatest trophy in that very stadium.

Jurgen Klopp and his team will be aiming to progress and keep alive their hopes of reaching a third successive final in the Champions League, defending their trophy in the process.

It would be a remarkable achievement were the Reds to reach the Ataturk again, but it’s the type of deep run into the competition which, not so long ago, their last-16 opponents were making their name on.

Atletico Madrid reached the final itself in 2013/14 and 15/16, plus the semis a year later. Domestically, they also won the title in LaLiga in 13/14 and went close two years later in an incredibly close top-three finish.

Since then, though, it has been a more testing time for them, reaching only the group stage and last 16, before again reaching the last 16 this term to face the Reds.

Over the same period, Liverpool have gone from battling to qualify at all to being an all-conquering side, domestically (soon enough, anyway) and in Continental football.

Much of the change of fortunes that the clubs have experienced over the last half-decade can be attributed to their almost polar-opposite success in recruitment and reinvesting money earned from large sales.

The Reds’ work in this area is well documented; Michael Edwards and his crew have worked wonders, particularly when it came to reinvesting the Philippe Coutinho money which helped land Virgil van Dijk and Alisson.

Others such as Mohamed Salah and Fabinho have been similarly big successes and important signings, making up key parts of the team today.

For Atletico, it has been the total opposite.

Since that second final in 15/16, they have spent well over £500 million—yet the team is inarguably worse off. On a net-spend basis it’s not much, perhaps between £50-100 million, but if the spare money is not there to buy players, it makes reinvestment all the more important to get right.

This summer, heavy spending came courtesy of the sale of Antoine Griezmann, and several of the new recruits shouldn’t be judged too sternly or fully yet, given the comparative lack of time they have had to integrate, particularly under a taskmaster as stern as Diego Simeone is.

Joao Felix and Renan Lodi are undoubted stars of the future, while mid-20s Spanish duo Marcos Llorente and Mario Hermoso could be solid investments over the long term, if never reaching star level.

On the other hand, the wisdom of lashing out the best part of £40 million on Kieran Trippier (29) and Felipe (30) to replace one of the most iconic and reliable defences in recent European history can certainly be questioned.

Going back further though, with hindsight, proof of performance and money spent and lost, the last three years have been little short of disastrous for Atletico Madrid in terms of improving the starting lineup and squad development.

The sheer volume of the turnover of players speaks volumes; players don’t immediately make the team and are shipped out quickly, with Simeone only keeping those he trusts in implicitly.

While that is understandable to an extent, it makes getting the signings right even more important when key players are leaving.

Over the last three years, Griezmann isn’t the only big departure: Rodri, Torres, Lucas Hernandez, Diego Godin, Juanfran, Filipe Luis and Gabi have all left—all were Simeone staples, Atletico academy graduates, or both.

Just four short years since their last Champions League final appearance, Atleti are now facing a massive fight for a top-four finish domestically and are struggling for consistency in results.

The identification of players clearly hasn’t been good enough, either for technical ability or for the character to fit into a Simeone team, and it has cost Atletico their spot at the very top of the European football table.

Liverpool, with a near-perfect strategy in the transfer market and trophies in the cabinet, have arguably taken it for themselves.