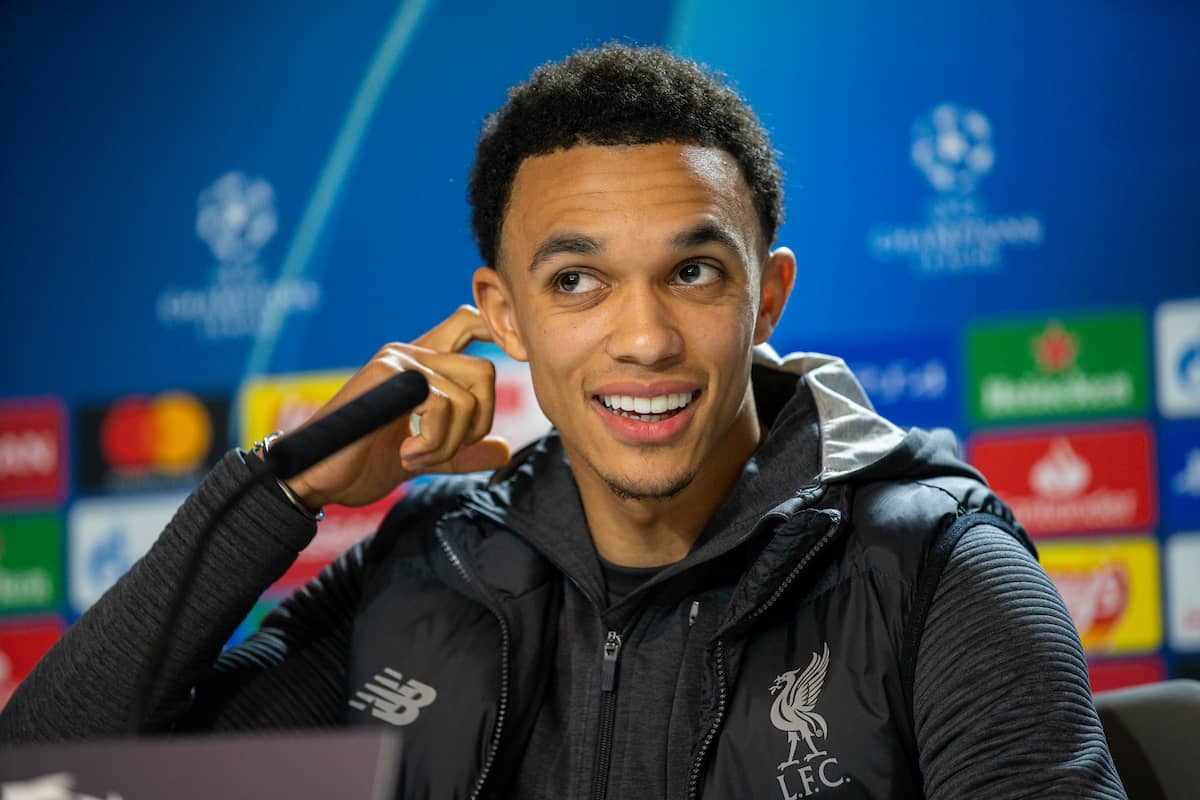 Trent Alexander-Arnold was flattered by recent praise from the legendary Cafu after the Brazilian lauded him as “one of the best in the world.”

The 21-year-old has experienced a meteoric rise since making his first-team debut in 2016, having been a member of the Champions League, UEFA Super Cup and Club World Cup-winning squad.

He has become a mainstay in Jurgen Klopp‘s side and an integral creative outlet, establishing a fearsome threat with fellow full-back Andy Robertson.

Alexander-Arnold notched a record-breaking 12 assists in the Premier League last season, the most of any defender in the competition, and already has 10 to his name after 26 games in 2019/20.

And with his trajectory still on the up, he has earned plenty of praise from across world football and Cafu has tipped him as a future Ballon d’Or winner.

The former Brazil full-back lauded Trent as one of the “best in the world,” a player with similar characteristics as he once showed and one which is capable of defying the trend of attackers winning football’s highest individual accolade.

Ahead of Liverpool’s meeting with Atletico Madrid in the last-16 of the Champions League on Tuesday, Trent spoke on the words shared by “a legend of the game.”

“[It’s] massive praise from a legend of the game, which obviously is something I’m really thankful for and I have to thank him for his words,” he told reporters.

“I try and be the best player I can be. It’s a team game so it’s the support I have around me that enables me to be the best I can be.

“That’s the focus for me, taking it a game at a time. Accolades may or may not come in the future. It doesn’t really faze me as much as it may do other players.

“For me, it’s about winning the team trophies.”

The right-back was visibly flattered as was his manager who, while not wanting to create headlines or pressure, thanked Cafu for his glowing review.

“I couldn’t love Trent more, I admire his skills and he’s a wonderful boy,” Klopp said. “It’s a very positive message from Cafu, but the answers can only create problems.”

“There are so many players who can win the Ballon d’Or. He has big potential but I have no idea.

“But thank you Cafu for being a really nice fella!”