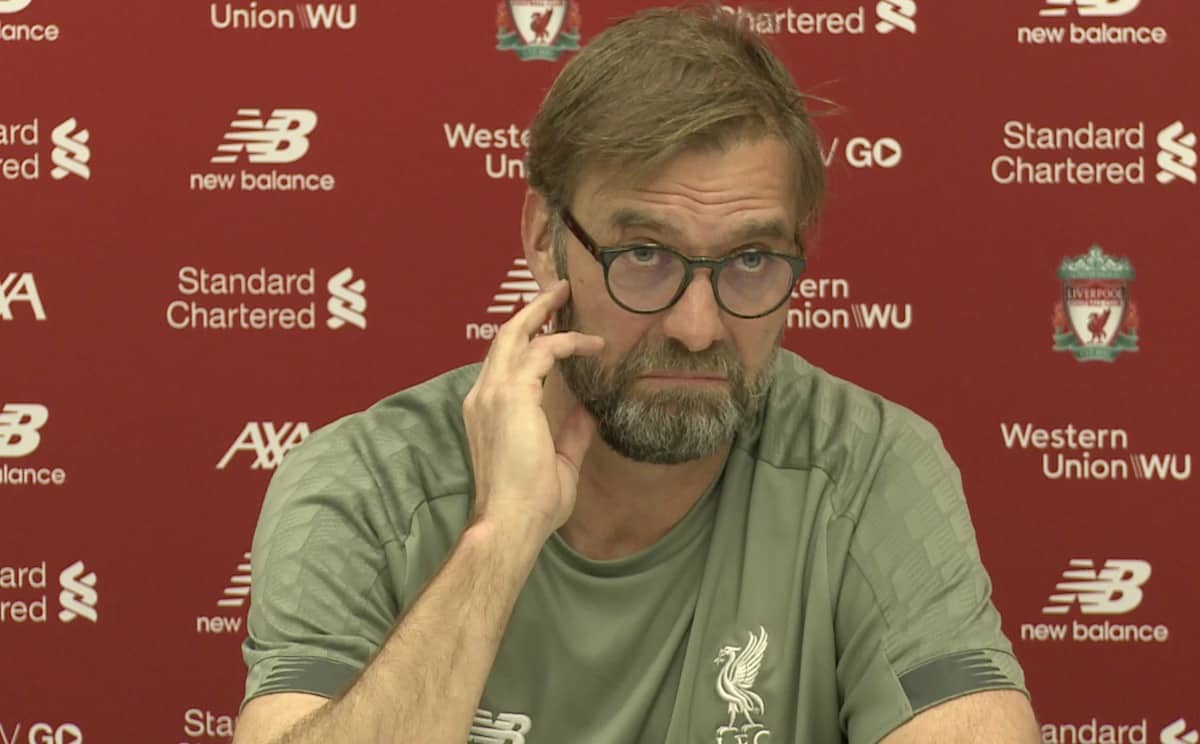 Jurgen Klopp was under no illusion that Liverpool have “to be ready” for the arrival of a West Ham outfit fighting for their Premier League survival on Monday evening.

The Reds welcome West Ham off the back a rare defeat at the hands of Atletico Madrid last time out, while the Hammers similarly head into the encounter following on from a 2-0 defeat at Man City.

And while 52 points separate the two teams in the Premier League, Klopp was quick to temper expectations as he remains wary of a David Moyes side who “have to fight for results.”

“They didn’t have Lanzini and Halle [vs. Man City] and with all the brilliance for City it was a set-piece the first goal and was a little bit scrappy in the build-up, but a super goal,” Klopp told reporters.

“They will have taken positives from that game and we have to be ready for that. 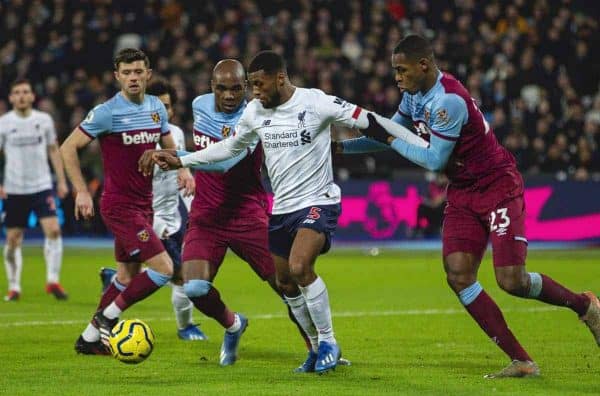 “But it’s Monday night, we need a really good atmosphere,” he continued. “Not perception 1-0 after seven, 2-0 after 25, it will not be like this. West Ham have to fight for results. I expect a tough match.”

The boss also provided a brief update on Jordan Henderson, who is set to be out of action for at least three weeks, explained his decision to substitute Sadio Mane at half-time in Madrid and the letter he sent back to a “cheeky” young Man United fan.

Liverpool last met West Ham less than a month ago at the London Stadium, with the Reds emerging as 2-0 victors thanks to goals from Mohamed Salah and Alex Oxlade-Chamberlain, a similar result on Monday would move Klopp’s men to within four wins of officially securing the title.