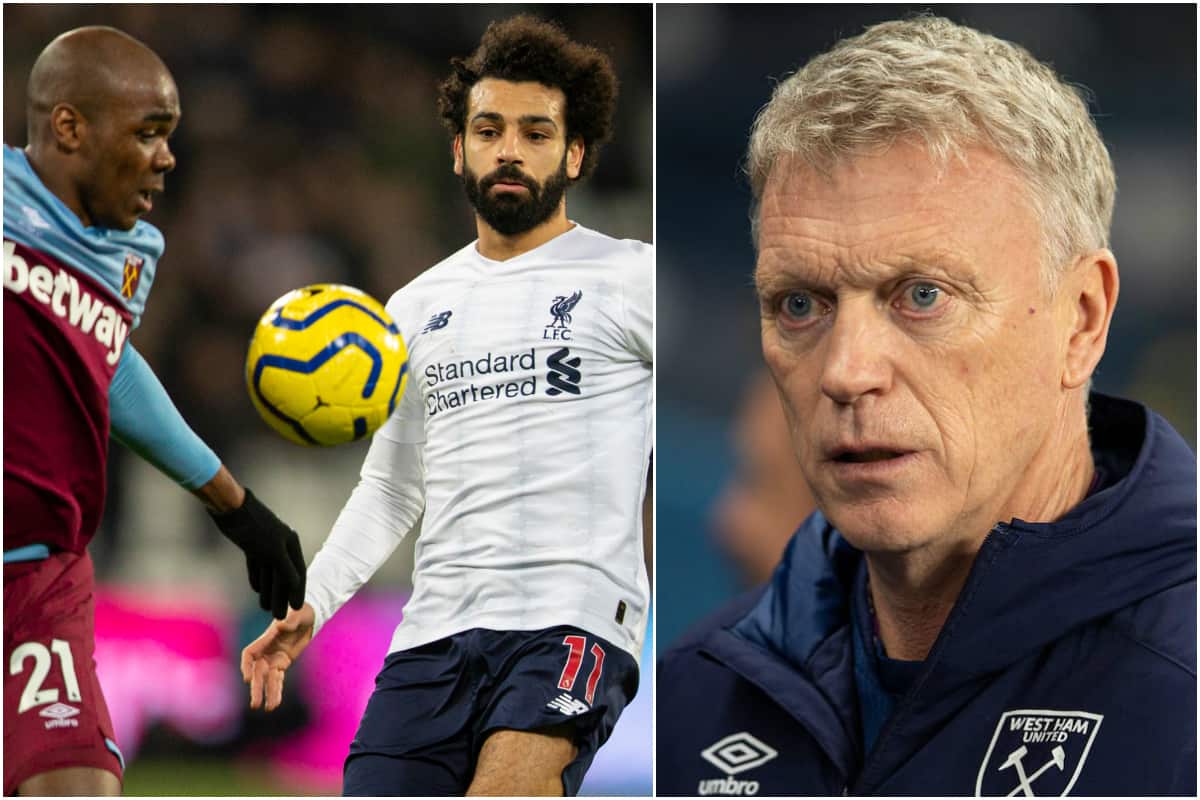 Liverpool host West Ham in the Premier League on Monday night, with Hammers supporters experiencing a bleak period in the club’s history.

Jurgen Klopp‘s men suffered a rare defeat in midweek, losing 1-0 to Atletico Madrid and giving them plenty to do in their Champions League tie.

It’s a return to league action for Liverpool on Monday, as they look to edge one step closer to securing a first title since 1990.

Heading to Anfield are a beleaguered Hammers outfit sitting 18th in the table, with problems both on and off the pitch.

Ahead of the game, we spoke to West Ham regular Charlie Walsh (@ATopLad) to get his thoughts on both teams’ season so far and how Monday’s clash could pan out.

West Ham are 18th – how would you assess the season so far? 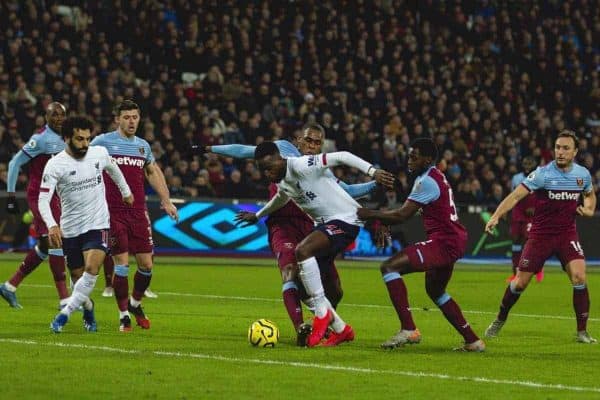 Imagine an incredibly slow car crash. It’s so slow, in fact, that the authorities could definitely do something to stop the inevitable catastrophe, except instead they decide to put David Moyes in the driver seat.

It would be funny if it wasn’t so sad.

Going into the season, there was optimism we could outdo last season’s 10th-placed finish.

Everyone was aware there would be at least one place up for the grabs in the top six and the discussion among West Ham fans was whether it would be us, Everton, Leicester or Wolves.

Barring an opening-day battering at the hands of Man City, it all went rather well to start with. Six games in and we were fifth…then Lukasz Fabianski got injured.

Not to put our horrendous season solely down to his replacement Roberto Jimenez but, to be frank, he couldn’t catch a cab outside a train station, let alone a football. 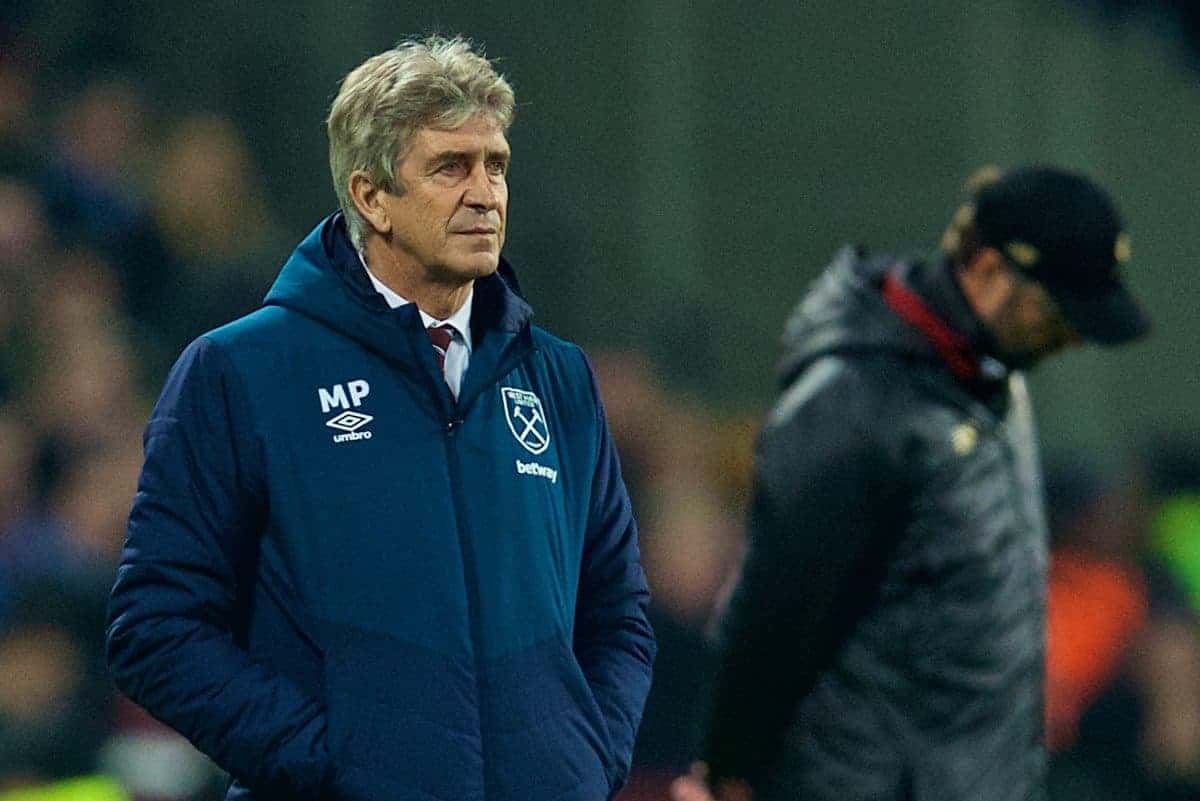 Truth be told, Manuel Pellegrini should have been sacked long before he was, and having spent 18 months getting approximately zero job offers, Moyes returned much to the chagrin of the fanbase.

On top of all of that, the number of fans asking for Gold and Sullivan to sell is growing by the day and their stewardship is also coming under massive scrutiny from the media.

It’s been a rough season so far.

Do you think the Hammers will beat the drop? 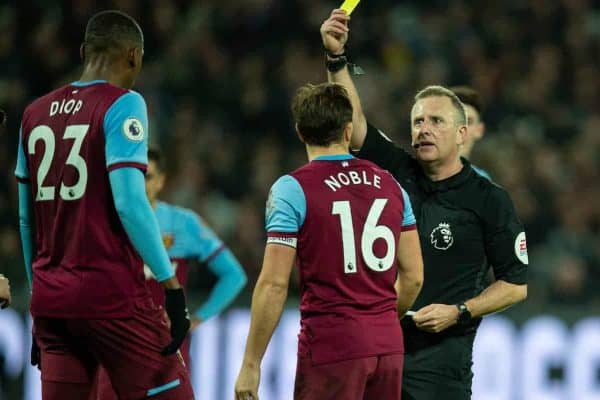 Despite a couple of close shaves, I haven’t actually been concerned about relegation since 2011. This season could not be more different.

Looking at the teams around us, we have individuals they would kill for, but they are constantly switched in and out of the team because of poor form or injury.

Defensively, we are more porous than a crumpet and this hasn’t improved since Moyes took over.

Going forward isn’t much better—there have been too many games where it’s taken us until at least 75 minutes to register a shot on target, if at all.

I wouldn’t put money on us staying up.

Is Moyes the right man for job moving forward?

As you can probably tell, I couldn’t name someone I wanted in charge less. He was a bad manager the first time around and so far all he has managed to do is solidify my opinion.

He got a lot of plaudits for finishing 13th and doing what was asked of him by Gold and Sullivan, but should he have?

Not only did he take over much earlier into the season, and in a better position previously, but we actually dropped even further down to begin with, going as low as 19th.

Having tried everything else, Moyes put Marko Arnautovic up front with Michail Antonio and it somehow worked.

Our tactics were park the bus then boot it in the vague direction of Arnie and hope he worked his magic, which he often did.

The fanbase is incredibly unhappy and calls for Moyes’ sacking are starting to reappear. 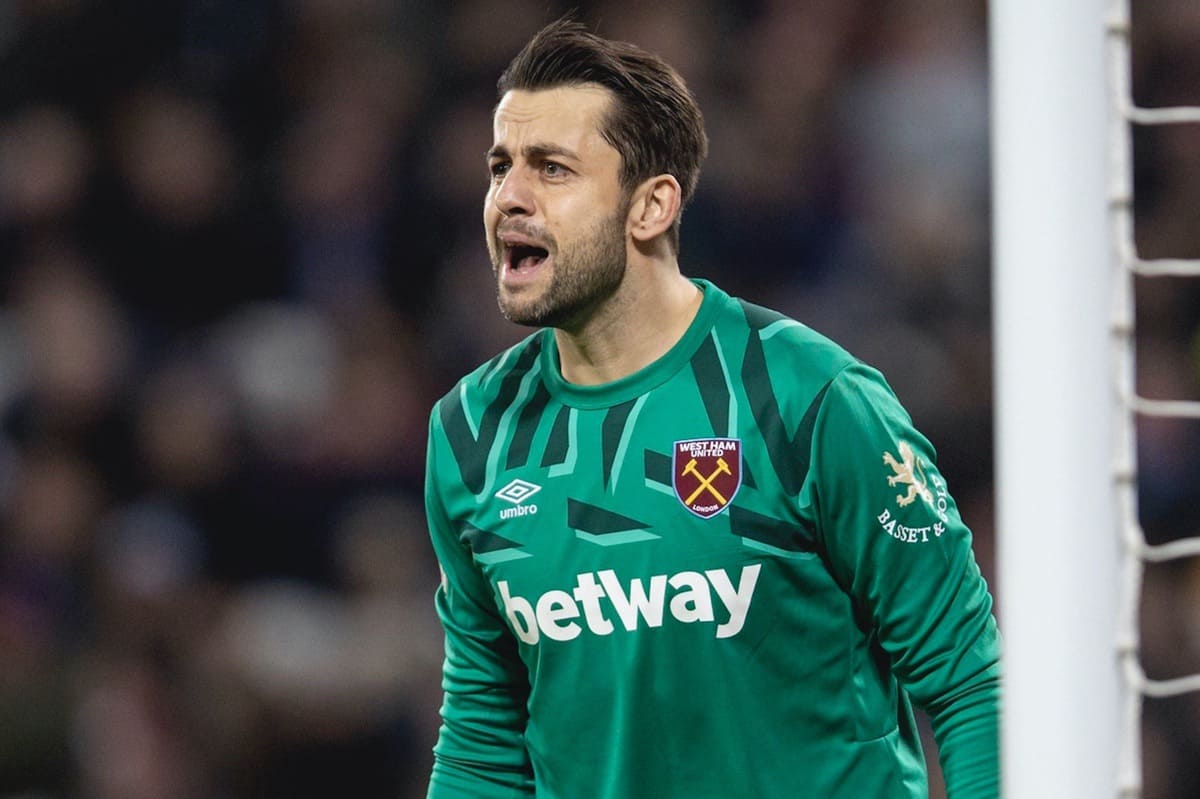 Fabianski is the best goalkeeper outside the top six, in my opinion, and I have no idea where we would be without him.

Antonio is one of the least technically gifted footballers I’ve seen, but his pace and power make him a constant threat.

Declan Rice hasn’t matched his insanely good performances from last season, but he has still been very, very good, while Robert Snodgrass might be slower than me but he consistently outworks every other player on the pitch.

Angelo Ogbonna has come close to regaining his best form at times for us, but hasn’t quite shown it consistently enough.

Pablo Fornals was one of the biggest sparks towards the end of Pellegrini’s reign, before Moyes unceremoniously dropped him the second he arrived. Nobody knows why.

In defence, Issa Diop, Aaron Cresswell and Fabian Balbuena have all blown hot and cold, but mostly the latter.

Pablo Zabaleta tries and I love him for it, but he needs to retire. Full-backs Ryan Fredericks and Arthur Masuaku may as well not exist.

Speaking of not existing…Jack Wilshere.

Mark Noble is either having the game of his life or being a hindrance, while Felipe Anderson and Sebastien Haller haven’t been effective enough.

Manuel Lanzini has been plain awful since returning from injury in December, yet Moyes refuses to drop him.

What do you think is the key to this Liverpool side’s success?

Adrian, clearly. What a man.

In all seriousness, the Liverpool hierarchy deserve a lot of credit for how they have built the club. I was almost surprised Jurgen Klopp came when he did, as I felt he was one of the most exciting managers in the world.

Not only did they pull off that coup, they’ve consistently backed him and built the club to be one of the best in Europe once again.

The transfers have been consistently brilliant. Signing players like Joe Gomez and Andy Robertson for the prices Liverpool did is incredible, but almost more commendable to me are the bigger-budget signings.

I would have said the Reds overpaid for Sadio Mane at the time, for example, but he is the perfect fit for the team.

I am genuinely looking forward to seeing how Liverpool deal with the current squad ageing and the evolution that’s going to be necessary to stay on top.

I believe they have got everything needed to do just that.

Who do you fear most for the Reds on Monday?

The combination of Trent Alexander-Arnold and Mohamed Salah, and Robertson and Mane, could expose our biggest weakness.

Wide players who are fast normally means we are done for.

Chances are Moyes will try to replicate the Man City game in midweek. Most will keep their place, but Fredericks is out after going off injured.

We will commit virtually nobody in attack—making the loss as pain-free as possible will be the name of the game here.

Our only attacking hope will likely be Antonio. Once he gets going he is very difficult to stop, so if we can get him the ball running at Liverpool’s goal, he will be a threat.

As mentioned, the Reds’ wide players are going to have a field day—our full-backs are collectively atrocious.

Moyes will attempt to make us as compact as possible, but if the City game is anything to go by that won’t stop Liverpool consistently getting through.

We will be lucky for a repeat of City—a game we were considerably lucky in.

Moyes spoke after the game saying he felt we did well in trying to be organised and disciplined, but trying to be and actually doing it are two different things.

He will set up in the same way that categorically did not work there, and it won’t work here. Liverpool will beat us and they will do it easily.