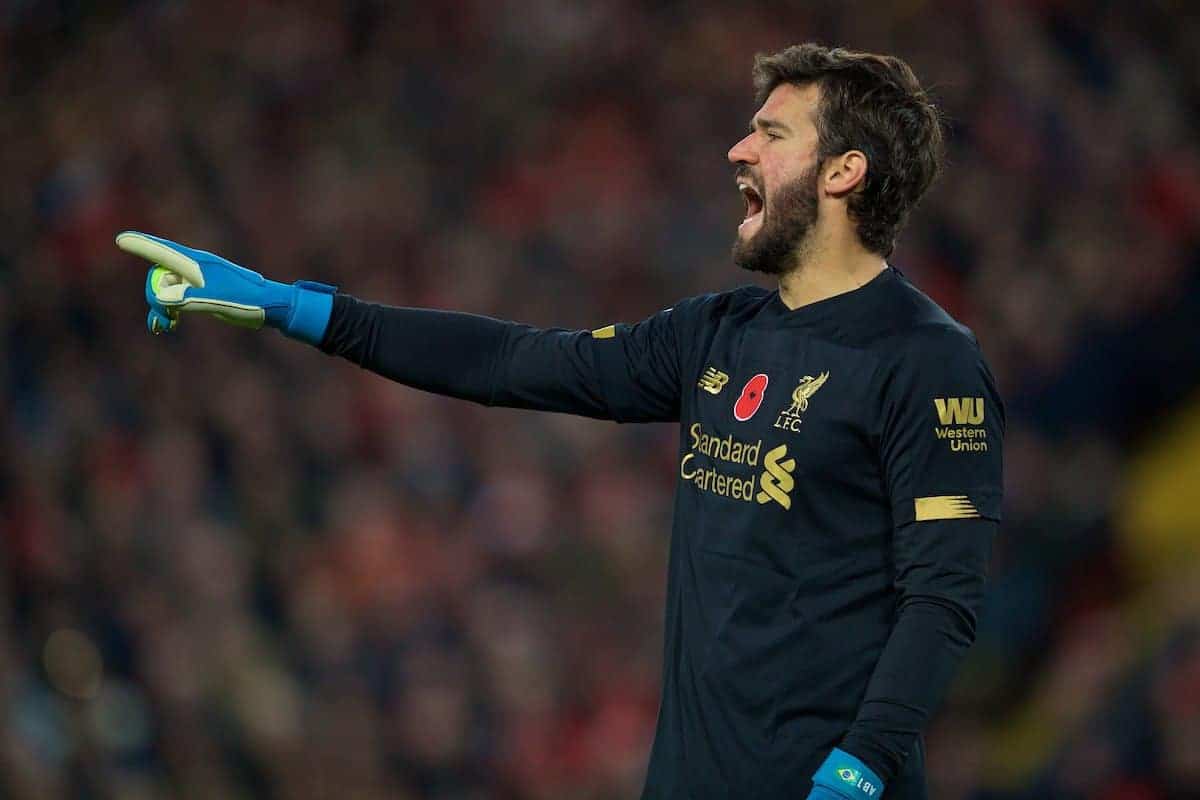 Alisson has been praised for his “no fear” approach in goal, and how he is “always looking” to release attackers quickly, as seen a number of times this season.

The importance of Liverpool’s No. 1 has been magnified in his absence, with calf and hip injuries seeing Alisson miss 14 games so far this season.

Despite that, the Brazilian remains joint-second in the Premier League this season for clean sheets, with 10 racked up in 20 games, behind Nick Pope’s 11 in 29 for Burnley.

He has won many admirers and plaudits for his consistency, technical ability and competitive spirit—and Reds ‘keeper coach John Achterberg is firmly among those who see him as one of the very best in the world.

Speaking to LiverpoolFC.com, the Dutchman explained some of the training approaches and mentality which Alisson employs to make the split-second decisions needed at the elite level.

First and foremost, it’s clear that what makes Alisson better than most others in his profession is what goes on not between the sticks, but between his ears: a cognitive approach to goalkeeping which allows him to judge situations and be prepared in advance, rather than always having to react.

Achterberg says Alisson might be the last line of defence, but just as Liverpool defend from the front, the goalkeeper is also a forward-thinking player.

“It can be a split-second decision, but the main thing is your mind always has to be in an attacking mode, never take it off deciding whether you can reach the ball before anyone else,” Klopp’s lieutenant says.

“He is a front-footed goalkeeper, so he is always thinking forward.

“He is a goalie who has no fear – if he does something, he sticks to his decision. In his mind, he knows what to do and he doesn’t hesitate. That is natural goalkeeping, having no fear, reading the game and deciding.”

Sticking to his guns is one thing, but already having made the right choice is all-important.

Alisson is a natural in this regard, not second-guessing himself and making big interventions when it matters most to the team. 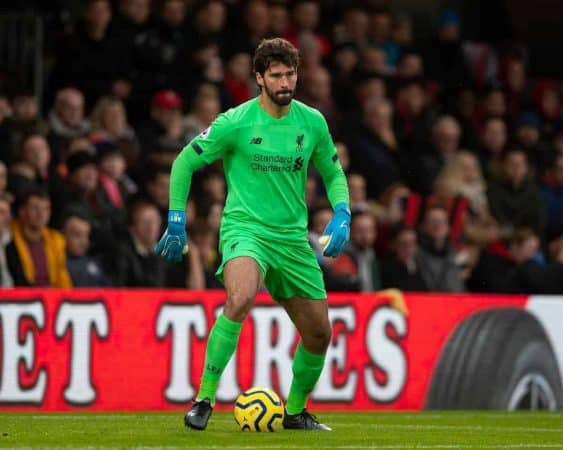 “In the mind, you always have to be calm and making good decisions.

“One of his big strengths is to stay calm in the high-pressure moments and making what look like natural, easy decisions, but they’re not easy because you always need perfect solutions and decisions. It’s a quality he has.”

Of course, it’s not just mentality which makes a great goalkeeper: technical ability is paramount too.

Handling, reflexes, working with aerial deliveries and being commanding around his defenders: Alisson has it all—but there’s one more part of his game which makes him perfect for Liverpool in particular.

That, of course, is his distribution.

Achterberg again notes the forward-thinking mindset of the Brazilian No. 1, combined with his accurate kicking.

“Ali is always looking to counter and restart the game quickly, in keeping with our way of playing.

“He knows [the forward] has made the move and then has the quality to put the ball out into his path.

“When Ali cuts a corner or cross out, the first thing he is looking at is if there is the possibility of a quick restart with a throw or a side-volley.”

It’s a fascinating insight into the all-round game that Liverpool look for, and the all-encompassing ability that their stopper possesses—and what the younger goalkeepers at the club must aspire to.