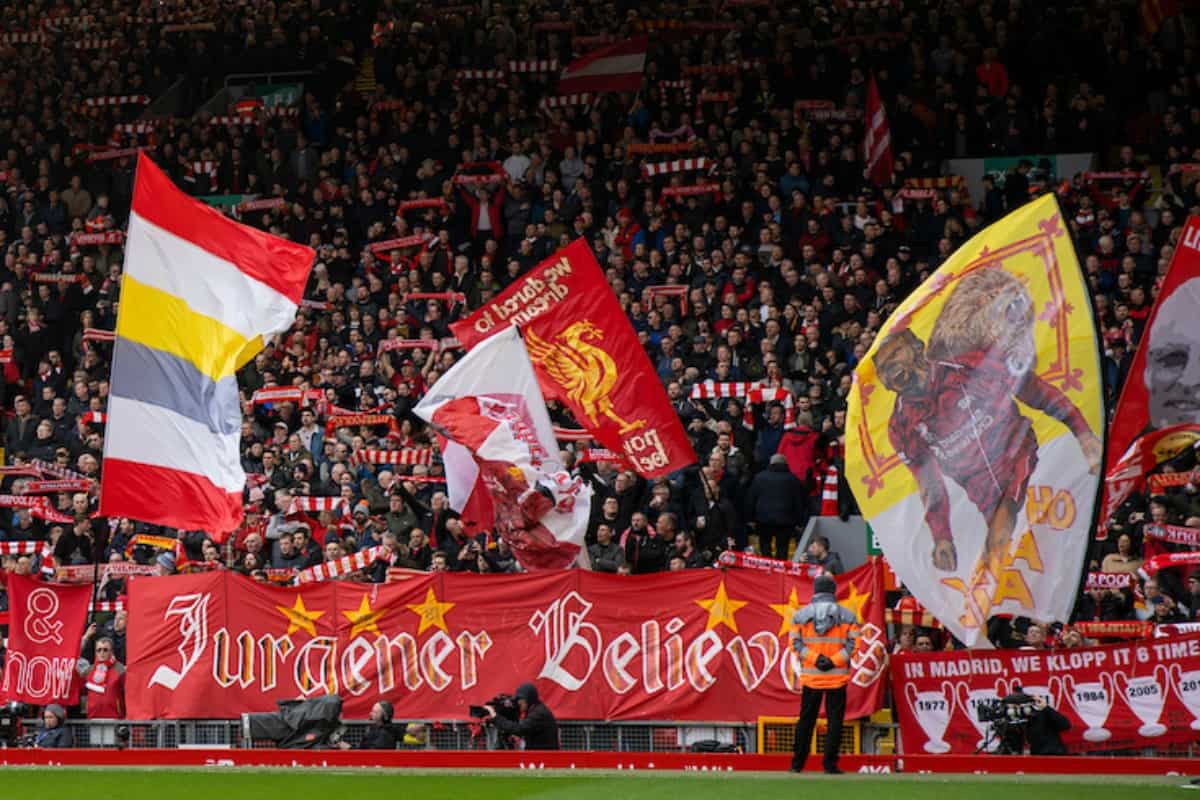 The Reds continue to leave records in their wake in what is an incredible season to date, with their 2-1 win over Bournemouth surpassing a feat which was held by Bill Shankly‘s side since 1972.

With Mohamed Salah and Sadio Mane both finding the net to overturn an early deficit after Callum Wilson scored in controversial circumstances, Jurgen Klopp‘s men have now won 22 top-flight games in succession at Anfield.

Not only does it break the club’s record of 21, but it is the most of all-time in the English top-flight – with Fortress Anfield once again proving decisive as the European champions moved to within nine points of the title.

Coincidentally, the run started with a 3-0 win over Bournemouth on February 9, 2019 – where both Salah and Mane were also on the scoreboard.

“We will never compare with [Shankly],” Klopp told BT Sport after the game.

“It’s great. We didn’t think about the number before the game but after when you win you can think about for a couple of minutes.

“It’s absolutely nice. It’s special, not normal and the game today is a very good example, we have to fight hard.

“We are not geniuses, but we can really fight and that is what we have to do until the end of the season.”

It as another remarkable feat for the world champions and English champions in waiting, with 61 goals scored, 14 goals conceded and a total of 10 clean sheets during the 22-game winning streak.

With four more home games left this season against Crystal Palace, Aston Villa, Burnley and Chelsea, there is no reason why the Reds cannot put daylight between themselves and the previous record.

And now, Klopp’s men will be eager to use the power of Anfield on Wednesday night in the must-win clash against Atletico Madrid.