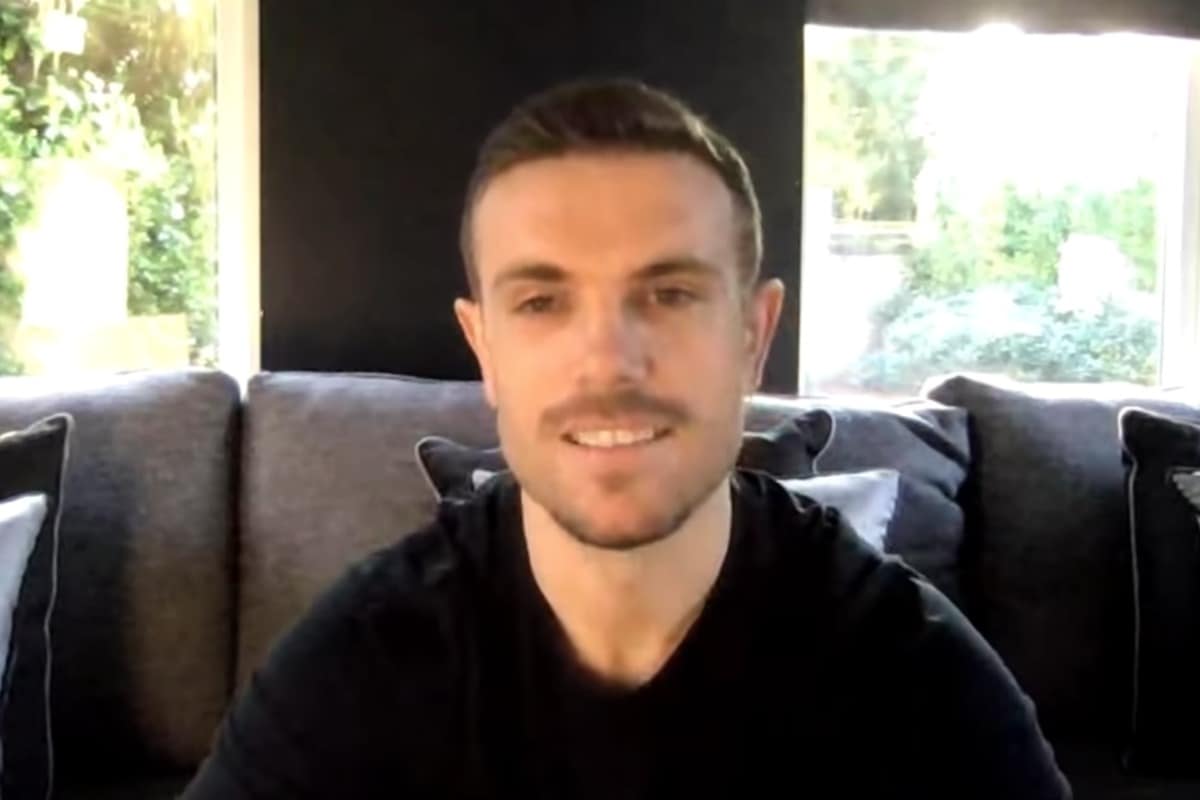 While the absence of football has provided Jordan Henderson with an entirely new challenge, the chance to spend rare quality time with his family has proven to be a positive in an otherwise turbulent time.

The Premier League and all other divisions in the UK and around Europe were put on indefinite suspension due to the ongoing pandemic earlier in March, leaving the game in a state of temporary limbo.

But football was rightly put on the back-burner as attention turned to keeping the public safe, and while Henderson concedes to missing the game and the normality it provides, there are currently much greater issues at hand.

And while the Liverpool squad have been doing their part by supporting Fans Supporting Foodbanks among other causes and keeping fans entertained with various social media challenges, they have also been afforded the chance to spend long, uninterrupted time with their family.

“My biggest downs in my career up until this point were obviously injury, I would say. That was the hardest thing for me to deal with personally, but this is a different challenge.

“The time that I’ve spent with my family and my kids over the last couple of weeks is something that I’ve never been able to do before, so I’m just trying to take a lot of the positive things around it.

“I’ve really enjoyed being with the kids every day, helping them with their school work and things that I wouldn’t normally do. I’ve just tried to do it as much as I can and enjoy it.

“But when it is 24/7 it can be challenging at times as everybody will know!

“I know it will be for a long period, of course, but just stay positive and try to enjoy it as much as I can because I’ve never really had a block of time like this to be with the kids and my wife for a long time.”

With everyone experiencing a rapid change to their normal routines, it is acceptable to miss and crave its swift return, but for Henderson and Co. other facets of life now take priority.

In the meantime, the captain has urged fans to stay positive, pull together and to listen to the advice of staying home so that “some sort of normality” can return.

“Listen, we miss football. I love football so much, that’s why we do it. You want to go out training every day, you want to play football every day. So to have that taken away so suddenly is difficult,” Henderson added.

“But at the same time, I understand there’s a lot of people going through pain and suffering – and our thoughts obviously go out to them.

“Football is so small in this situation, so we’ve got to sort this situation out first and then whenever that is, we can start talking about football and looking forward.

“Try to stay positive. It’s a perfect sort of chance to use our song that we sing every game in terms of You’ll Never Walk Alone – it’s the perfect opportunity for that. I’ve seen stuff on social media where the nurses were singing along to it, but stuff like that is really powerful.

“This is the time where it’s not just words, you’ve got to use it as best we can as people and as human beings.

“Listen to the authorities, do your bit, do what you can and hopefully this will go sooner rather than later and everybody can get back to some sort of normality and look forward to what the future holds.”