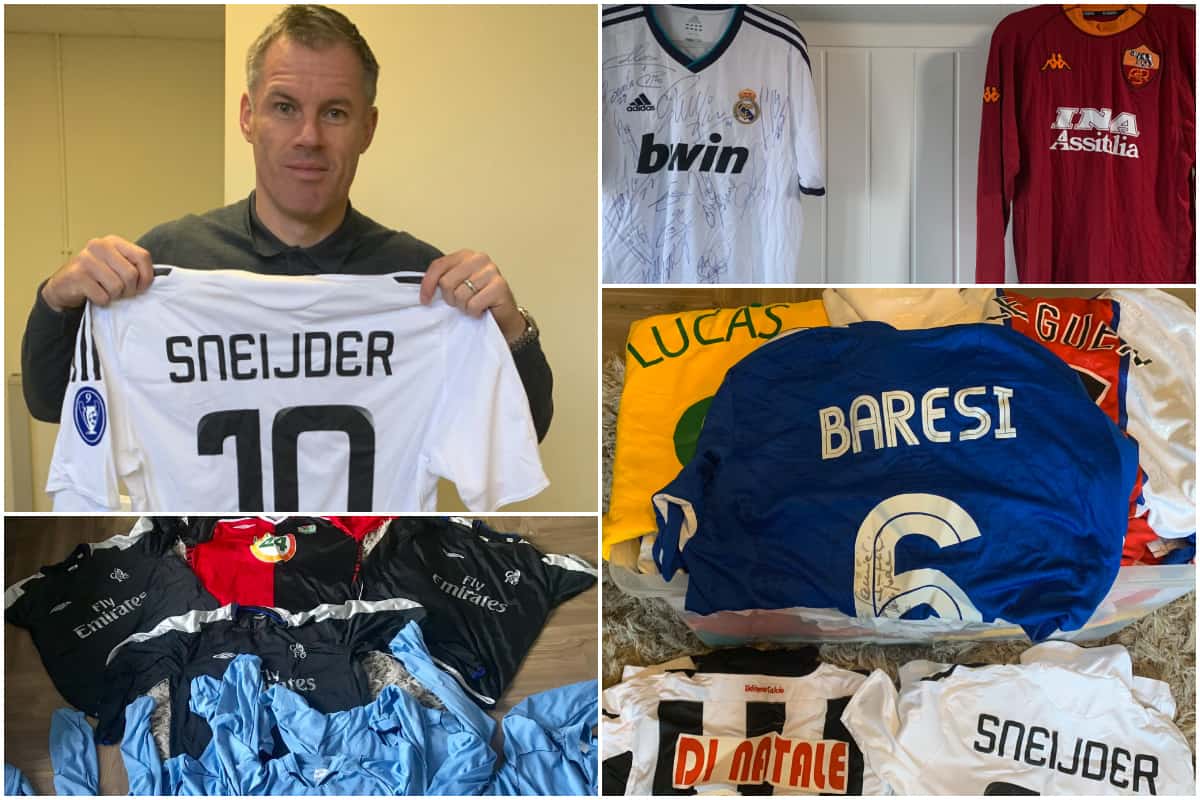 A grassroots organisation raising money for those priced out of modern football has raised over £15,000 through donations of old football kits.

Kit It Out have been on a mission to receive unused or unwanted jerseys over the past few months, passing them on to others unable to afford new shirts amid rising costs.

They have also teamed up with Jamie Carragher to auction off many of the ex-defenders shirt collection, some signed, others match-worn and named, including the likes of Wesley Sneijder, Franco Baresi and Lucas Leiva.

The funds received from the sales of those shirts are to go toward good causes, including Carragher’s own charity Foundation. 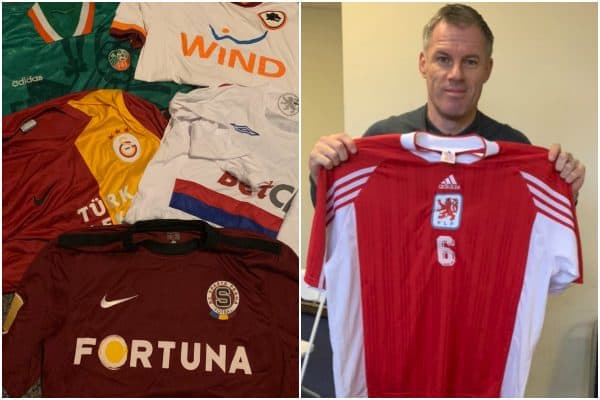 And the total haul brought in by Kit It Out has now been revealed to be in excess of £15,000, a quite fantastic achievement.

Kit It Out has also regularly teamed up with Fans Supporting Foodbanks, who provide much-needed aid to those around the Liverpool and Everton area.

Amazing this, packaging them all up now what a story @Carra23 over £15,000 raised, after eBay and PayPal pal take there cut both of our causes will receive around 6,500 each ?????? #kititout pic.twitter.com/KwP6OXbT9X

It’s yet another example of the excellent and selfless work undertaken in the local area to help out those less fortunate or more vulnerable.

Given the current social situation, such measures should be applauded and supported even more than usual, with many needing somewhere to turn to.