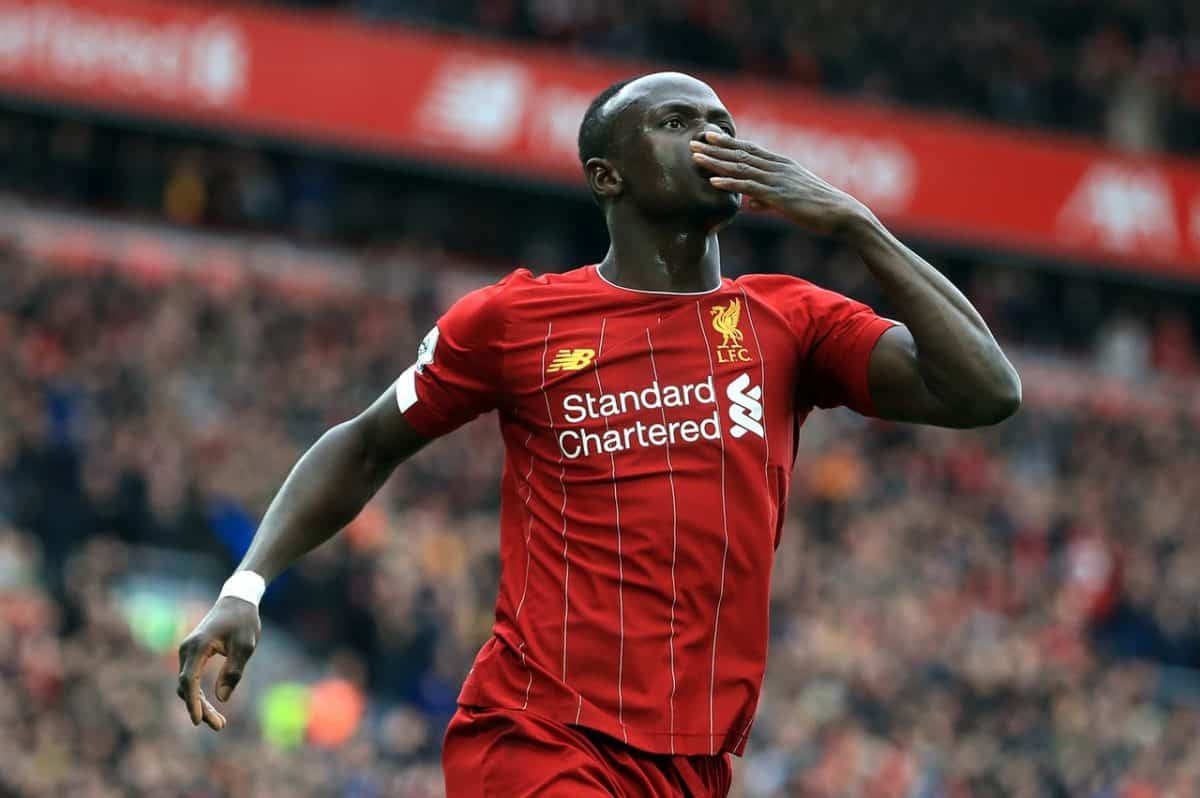 Liverpool edged their way to a 2-1 win at home to Bournemouth on Saturday with Mohamed Salah a strong performer at Anfield.

The Reds were looking to overcome a mini-slump and, although they never hit top gear against the Cherries, the victory was all that mattered.

Callum Wilson stunned Anfield with an early goal, although Joe Gomez was seemingly fouled by the striker in the lead-up to it.

Salah restored parity with a well-taken finish soon after, before Sadio Mane pounced on some poor Bournemouth defending to make it 2-1.

The second half was a non-event in many ways, but Liverpool dug deep and got over the finish line, meaning three more wins – or fewer if Man City drop points – will secure Premier League title glory. 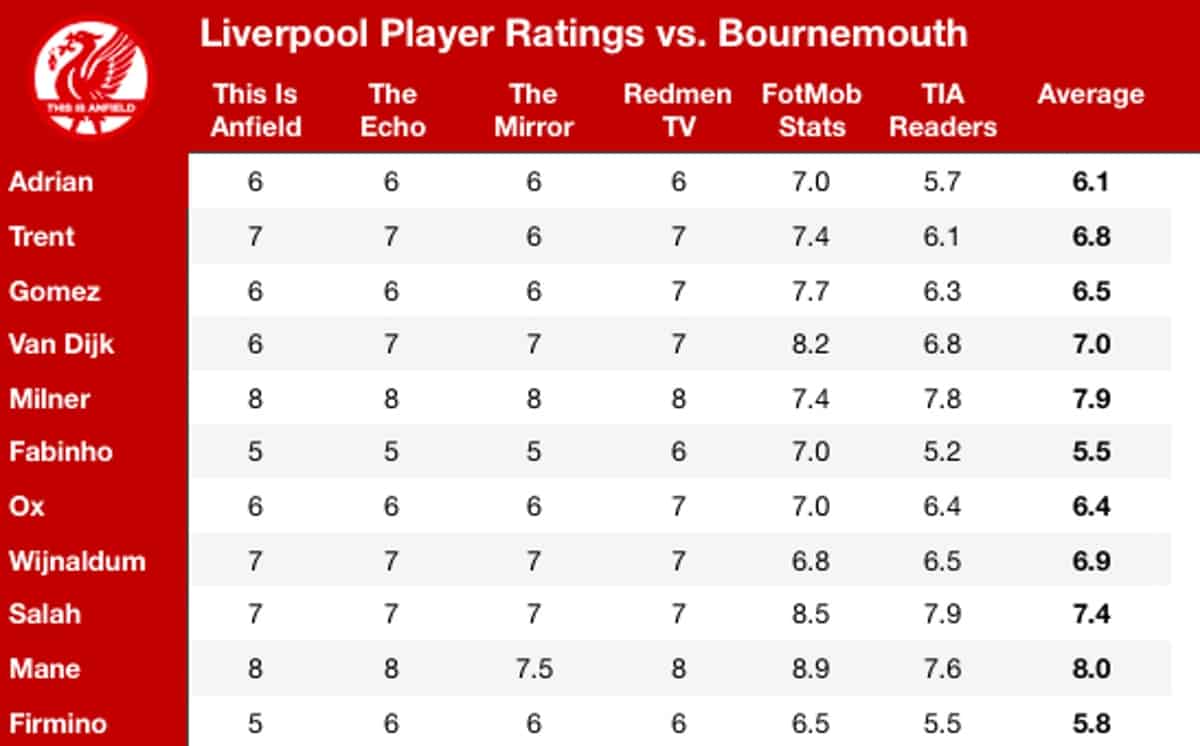 Mane (8.0) earned the highest average rating of the afternoon, as he again showed why many consider him the front-runner to win the end-of-season awards.

The 27-year-old grabbed a goal and an assist, also coming inches away from scoring a stunning long-range effort in front of the Kop.

TIA’s Henry Jackson described Mane’s winning goal as “ruthless,” while Martin Domin of the Mirror hailed him as being “the difference.”

In second place was James Milner (7.9), who shone in a rare left-back role in the absence of Andy Robertson.

The Echo‘s Ian Doyle lauded a “great goalline clearance” from the veteran – a moment that essentially made the difference between a win and a draw.

Meanwhile, The Redmen TV described Milner as “a leader on and off the pitch,” with his influence still great at the age of 34.

Taking home the bronze medal was Salah (7.4), following an impressive performance that included a lethal finish to make it 1-1.

The unwanted wooden spoon was won by Fabinho (5.5), who was again well short of his best.

Doyle went as far as to say that the Brazilian’s form is “a major worry”, having not played well since returning from injury in January.

Liverpool now have a four-day break before their next outing, with Atletico Madrid making the trip to Anfield on Wednesday night.

It is make-or-break for the Reds, as they look to keep their chances of back-to-back Champions League titles alive.